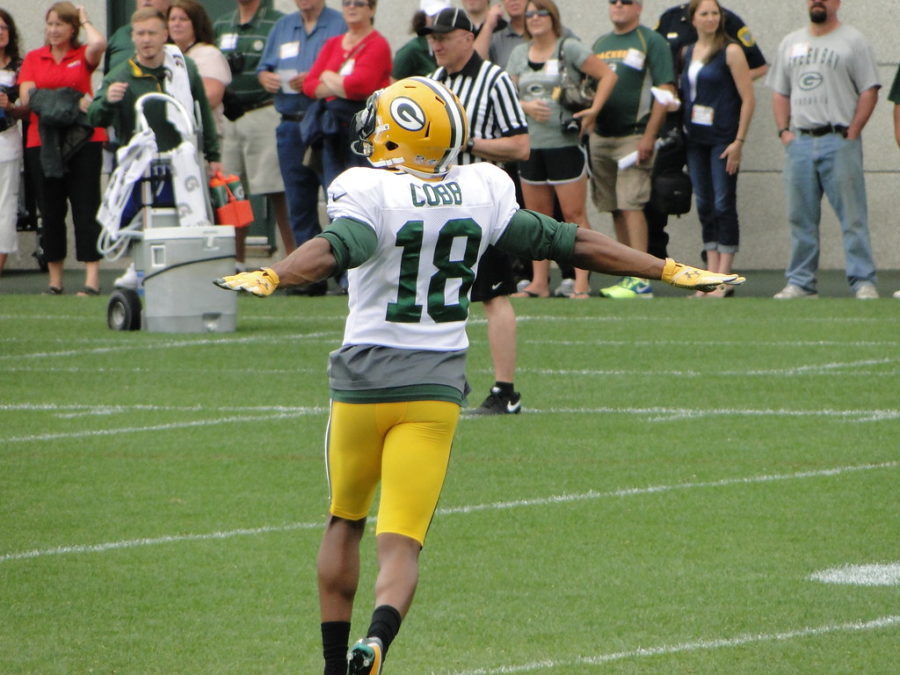 We already know and can evaluate factually how good Dallas’ offense was once Amari Cooper was traded from Oakland. We know how bad they were before Cooper and unfortunately, we also know that however good Cooper may have been for Dallas last season, at the end that Cowboys’ offense had hit its ceiling, and hit it hard.

We know that Amari can be an effective WR1, and Michael Gallup is only in his second season as a pro and has already showed quite a lot of promise in the two-spot. There were a lot of missed opportunities between Gallup and Dak last season, however despite this, Gallup’s game took an upward trajectory on the back end of 2018, and any development in his game this early on in his career from here on will be exciting to watch.

With Gallup being so young, any kind of growth in his game is just added benefit for Dallas’ offensive production. However, plugging in a veteran like Randall Cobb at slot takes a bit of the pressure off of Gallup to develop immediately, and really has the potential to help the Cowboys’ offense take a significant step forward in 2019.

His addition to the team is going to effect much more than just Gallup’s rise, however.

Given the timing of his arrival and his fit into Dallas’ offense, it seems as though the onus of finally tying the passing game together is going to lie with Cobb this season. Fortunately, Jason Witten’s timely unretirement is going to help with that and aid in Cobb effectively fitting into his new offense.

Now of course Witten is once again a significant piece to this puzzle, but we all know what he is about and the focus here is on the dynamic Dallas’ new slot receiver adds to the team.

What new elements does a player like Randall Cobb offer for the Cowboys?

Two things: Firstly, WR coach Sanjay Lal wanted to find more speed in the Cowboys’ passing game, and Cobb certainly brings a new element of quickness to the table. Though more importantly, Cobb’s chief specialty is in yards after the catch. Cobb’s ability to work his primary defender and make enough space to pull the ball in is helpful, but it’s what he does in the space after that makes him dangerous in the slot.

His speed gets yards under his feet, but his size and fearlessness can also allow for some nice yards after contact as well- something that Dallas hasn’t seen a lot of in its receivers recently, especially without Witten on the field last season. Cobb is two inches taller and considerably larger than Cole Beasley, and as a result is capable of showing more elements of strength in his game than Beasley was willing or able to do.

Where it may go wrong:

Cobb has only ever played for one team, one coach, and one quarterback. One could imagine that a player could get fairly comfortable while playing eight seasons for the same organization, and it isn’t difficult to imagine plugging a player like Cobb into a new scheme- anywhere, not just Dallas- could go wrong somewhere. Whether it’s in his connection with Dak, new coaches, new culture, locker room chemistry, the Jones family, the list of potential misfires is lengthy.

And although time can fix any of those issues, Cobb has only been signed for a year and patience seems to be wearing perceptively thin in Dallas to make a push for another title. If he can manage to stay healthy, the fit is going to have to be near perfect in order to justify resigning him next year. His production has also lessened in recent seasons with the Packers, however a change of scenery could be just what his career needed.

The ceiling is high.

Putting all of that aside, the potential for plugging a veteran like Randall Cobb into the Cowboys’ scheme is certainly worth discussing. Last season, Dak and Zeke both experienced what it was like to try and win without a true WR1; the organization ultimately wound up swallowing its pride and paid the price to bring in Cooper, which turned the entire season on its heel and put Dallas back into playoff contention.

Now even though they have lost Cole Beasley, he was replaced by a considerably more versatile player at reduced cost compared to what Beasley would have demanded to stay. Cobb isn’t just a pure slot guy: He can demand defender’s attention, force mismatches, open up the field, and allow players like Cooper and Zeke to punish opposing defenses. Add Jason Witten and Travis Frederick’s potential return, and it isn’t a stretch to imagine the Cowboys offense returning to form and making another playoff appearance this season.