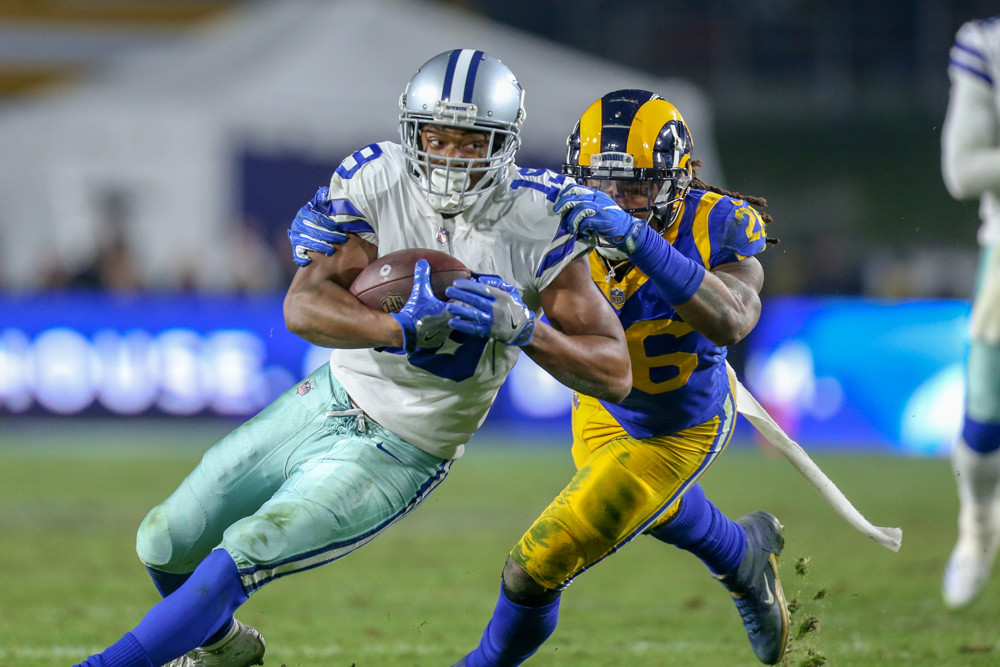 Cowboy wide receiver Amari Cooper is set to hit the open market one the 2020 league year begins Wednesday at noon.

The legal tampering period kicks off at noon EST today.

The #Cowboys won’t have a deal for WR Amari Cooper by the time the tampering window opens, but they’ve had talks and obviously want to bring him back. Those talks will continue.

The two sides were unable to come to an agreement by Monday’s noon deadline. The new Collective Bargaining Agreement retracted teams’ ability to use both the franchise and transition tags in 2020.

Dallas chose to use their only tag on quarterback Dak Prescott as they remain at an impasse in their negotiations. As result, they were left having to approach Cooper as an unrestricted free agent.

Cooper was looking to place inside the top-five of the highest-paid wide receivers which would have landed him somewhere between $16.5 million-$22 million per season.

The Cowboys now place themselves in a position where they will possibly find themselves in a negotiating war against other teams as Cooper is free to talk to other teams. Though the Cowboys are in favor of bringing their star receiver back in 2020, it is important the team assess their options in case a “worst-case scenario” happens.

the 10-year veteran bounced back from a torn Achilles to help the 49ers en route to Super Bowl 54. He prepares for his age 33-campaign after proving he has a lot of gas left in the tank. Sanders has always been a savvy route-runner with sure hands.

Prescott has shown he works best with receivers who can be versatile in their route running. He caught 36 passes for 502 yards on 53 targets after being traded to the 49ers.

In Super Bowl LIV, the 10-year veteran split a double-team to get behind the Chiefs’ secondary in the final two minutes minute, but Jimmy Garoppolo overthrew him on a play that likely would have put he Niners back in front. His cost was $10 million last season. This year, he could serve as a short-term stopgap for Dallas.

I doubt anyone’s first impression of those numbers are to feel confident in the 25-year-old replacing a Multi-Pro Bowler in 2020.

However, the 25-year-old missed all but one game with the Colts in 2019 due to a collarbone injury. Before that, he spent four seasons as one of Cam Newton’s primary targets in Carolina.

In 14 games with the Panthers during the ’18 season, Funchess caught 44 passes for 549 yards and four touchdowns. In five seasons with the Carolina Panthers and the Colts, Funchess has 164 career receptions for 2,265 yards and 21 touchdowns.

The 6’4, the 225-pound receiver gives Dallas a young cheap target to build around moving forward.

The Cowboys currently hold the 17th pick in the upcoming NFL draft. Simply put, this draft class is loaded with premium talent. Whether a Cooper is signed or not, adding receiving talent was a must anyways as Michael Gallup is the only starter under contract.

Alabama’s Jerry Jeudy presents a good route runner with the burst to make big plays. Scouts have raved over his ability to run the route tree and have compared his running style and movement to Odell Beckham Jr.

His teammate, Henry Ruggs III, is an elite speed guy who also flourishes in the route running department. He has been touted for his body control, footwork and nuance when setting up defenders before using his speed to create separation.

Oklahoma’s CeeDee Lamb has been mocked to Dallas on various platforms as a dynamic add with Amari Cooper and Michael Gallup.