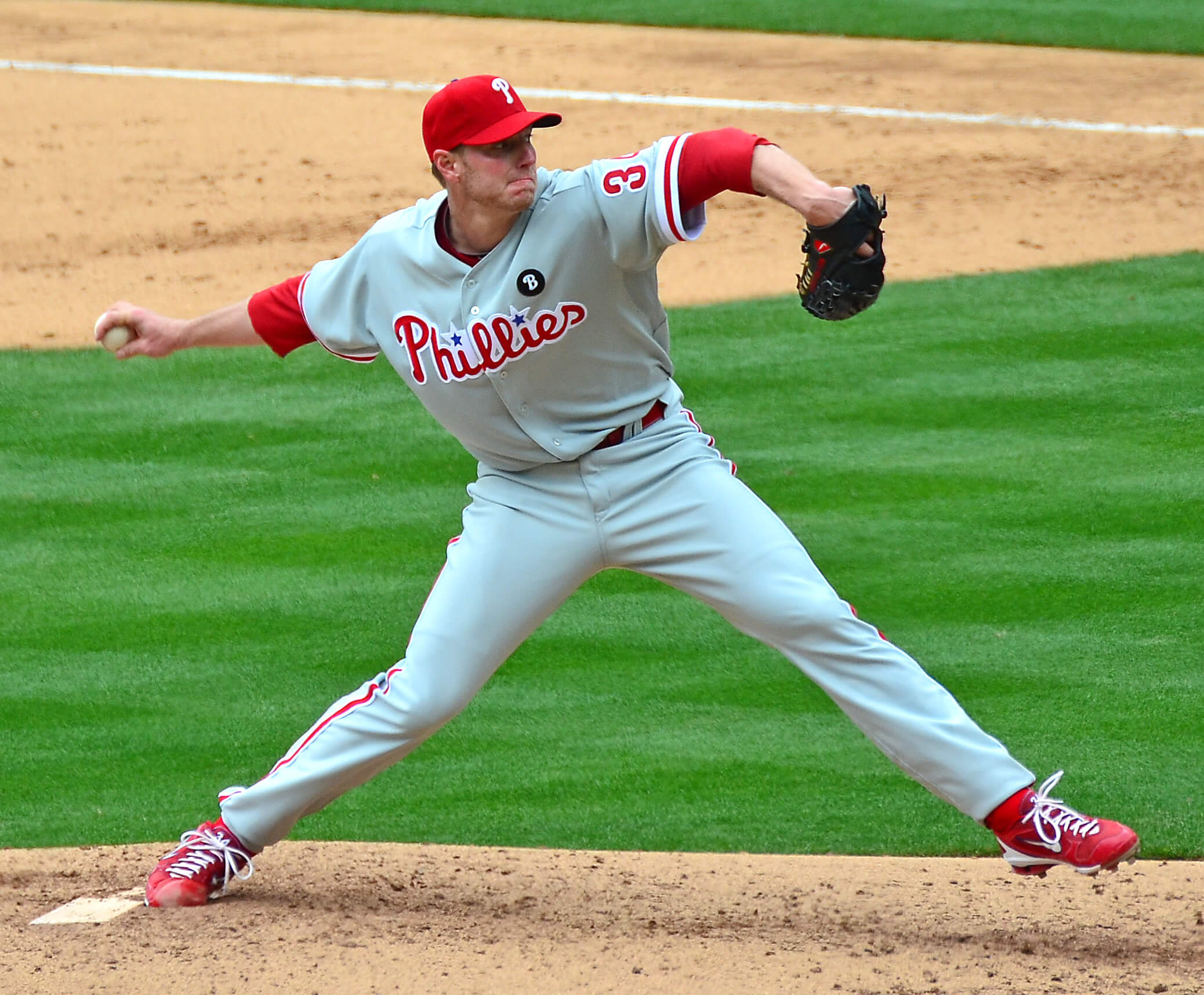 Tragedy rocked the Major League Baseball family on Tuesday afternoon when the terrible news surfaced that former Toronto Blue Jays and Philadelphia Phillies pitcher Roy Halladay had passed away in a plane crash off the Gulf Coast of Florida.

Halladay, a sure-fire Hall 0f Famer, won 203 games over 16 seasons and was a two-time Cy Young Award-winner.  The biggest of many career highlights came in 2010 when he pitched the second no-hitter in postseason history as a member of the Phillies.

One thing that has been incredibly obvious over the last day and a half has been the immeasurable impact Halladay left on every player he came in contact with.  The outpouring of support and tributes to him has been incredible and surely more will come in the days to come.

Current and former members of the Texas Rangers definitely did not have their shortage of tributes to “Doc” Halladay on Twitter.

The Rangers are saddened by the tragic passing of Roy Halladay. Our thoughts are with his family, friends, and teammates.

The Rangers’ all-time hits leader, Michael Young, played most of the 2013 season with Halladay on the Phillies.  Praise from Young about being a good leader and competitor certainly speaks volumes.

Devastating. One of my favorite teammates ever. The blueprint for what a competitor looks like.
RIP Roy Halladay. Heartbroken for his family

Current Rangers relief pitcher Jake Diekman played two seasons with Halladay on the Phillies.  This includes his rookie season in 2012.

Doc is the definition of hard work. NO ONE out worked him. No one prepared more. As a young player you just watched him and wanted to strive to be him but you couldn’t. Watching him pitch was like watching an artist paint. Greatest competitor, he was his own closer. #RIPDoc

One of the greatest and nicest guys i got to meet. Was one of the best pitchers to watch. Praying for his family as we lost a great one 2day https://t.co/9ERgFQvQTq

Current Rangers pitcher Cole Hamels pitched with Halladay from 2010-2013 with the Phillies.  Hamels happened to be in Philadelphia yesterday and had a news conference opportunity to discuss his former teammate.

When people ask me if I could re-live any moment in baseball-1 that I always say would be to watch Doc pitch again! Today my heart goes out to Brandy and the boys. He was a great husband, father, friend and teammate. Such a special man! You will be forever missed! #RoyHalladay

On a personal note, Roy Halladay never pitched for the Rangers.  I never felt especially attached to the Toronto Blue Jays.  They played in Canada in that empty stadium with the ugly turf.  Roy Halladay rose above all of that to be a larger than life presence on the field for the first decade of my baseball-consciousness.  A flat out badass on the mound.

We all like to think the athletes we cheer for are good people and that’s not always the case.  I think it is very clear that Roy Halladay was an incredible player, teammate and human being.  Hopefully his family, a wife and two children, find comfort in this tough time knowing how loved their husband/father was by everyone.