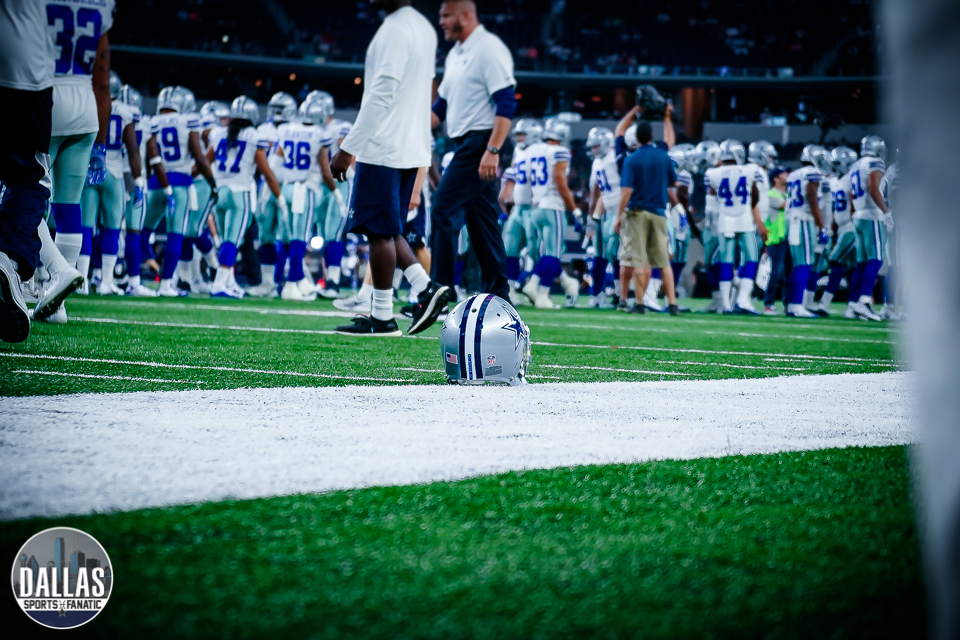 The period between Christmas and New Year’s Day is always odd. You don’t really know what day it is or what you should be doing or which way is up. It’s that Twilight Zone kind of feeling. So the minute I saw Ciara moonwalking across the Dallas Cowboys’ end zone after Sunday’s Christmas Eve loss to the Seattle Seahawks, I knew this would be one of those weeks for #CowboysNation.

Moonwalking Into #Christmas Like ?
Proud Of My Baby @DangerRussWilson. #GoHawks pic.twitter.com/Ra48bGV5Rk

Ciara’s husband and the Seahawks eliminated the Boys from playoff contention at AT&T Stadium and eliminated any interest in this Sunday’s game against the NFC East champion Philadelphia Eagles. For me, Sunday’s matchup is really just there to answer questions. Can Jason Garrett avoid another 8-8 finish? Are coaches *cough cough Linehan cough cough * coaching for their jobs? What will our position be in the 2018 draft? Other than that, the season is over. So what now? What do we talk about this week?

Just like that, we had all the things to talk about.

I’m stealing a quote from our own Selena Sixtos who covered this story.

“It is clear that the team needs adjustments across the board and with the waiver of veteran Justin Durant the Cowboys are making it known that they are moving on to 2018.”

Out with the old, and in with the new? This move paved the way for 22-year-old Trey’von Johnson to move up from the practice squad and on to the field this Sunday to prove his worth for the 2018 season.

The quote that’s going to wind up in all the headlines is Dez’s response when asked if he’d be willing to take a pay cut in 2018: pic.twitter.com/DPD13w4NKI

DallasCowboys.com staff writer David Helman called it. According to Helman, Bryant spoke with the media for 16 minutes that day and it wasn’t even his designated media day. The star wide receive spoke on a lot, including distractions and frustration, but that statement was particularly prickly.

Bryant led the team with receptions this season, but the numbers were nothing compared to his productivity between 2012 and 2014. Not to mention his atypical drops, turnovers and less than 100-yard games.

He is scheduled to make $12.5 million in 2018. According to Todd Archer of ESPN, the Cowboys could free up $8.5 million if they release Bryant. He plans to meet with coach Jason Garrett, offensive coordinator Scott Linehan and owner Jerry Jones after the season. Bryant said he doesn’t picture himself playing anywhere else, but could his time be coming to an end?

Scandrick has been out with fractures in his back. This move ends his season and, possibly, his career in Dallas. At the beginning of the season, I was a big Scandrick advocate, especially with all of the youth in the secondary. Well that youth has stepped up in Scandrick’s absence and the Cowboys like what they’ve seen.

Scandrick was almost traded last spring and could be a possible trade target in 2018. He said he’s grateful to have played in the same place for 10 years but is “prepare for whatever.” We’ll see what happens.

Smith will end his season on injured reserve, as expected. The Pro Bowl left tackle has fought through groin and hip injuries, and now a sprained knee, all season. As great of a season he had, his play was noticeably affected by these injuries. Fortunately, no surgery appears to be needed.

The Boys are already looking ahead to 2018, which is smart, but there are two days left and one more game to be played in 2017. Sure, it may not have any playoff implications, but it definitely has 2018 implications. Here’s to finishing the season strong.