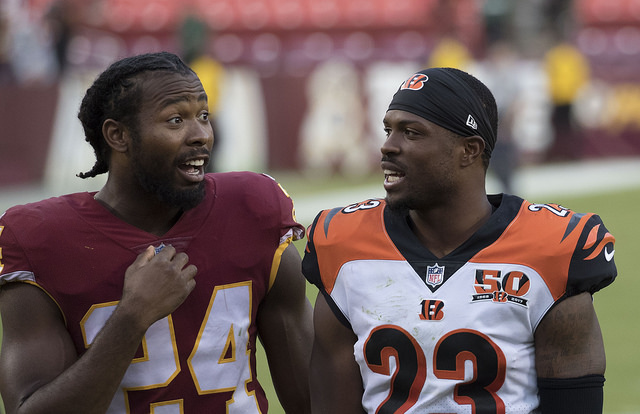 With their plenty of help needed in the secondary, the Dallas Cowboys made a move just hours before the final roster cuts, signing former Cincinnati Bengals cornerback, Bene Benwikere.

The #Cowboys have traded a late-round conditional pick for #Bengal CB Bene Benwikere, source said. Some depth there.

Benwikere, a fifth round draft pick back in 2014, was once a promising talent for the Carolina Panthers. In his rookie campaign, he helped as a starter in the playoffs when the Panthers made their Super Bowl run. He played three years with the Panthers, eventually being released following the 300-yard effort by Julio Jones of the Atlanta Falcons.

While it’s not clear what the overall plan for the Cowboys is with Benwikere, the most important part of the move is that he is healthy, and will help add depth to a much needed area of the Cowboys team depth chart.