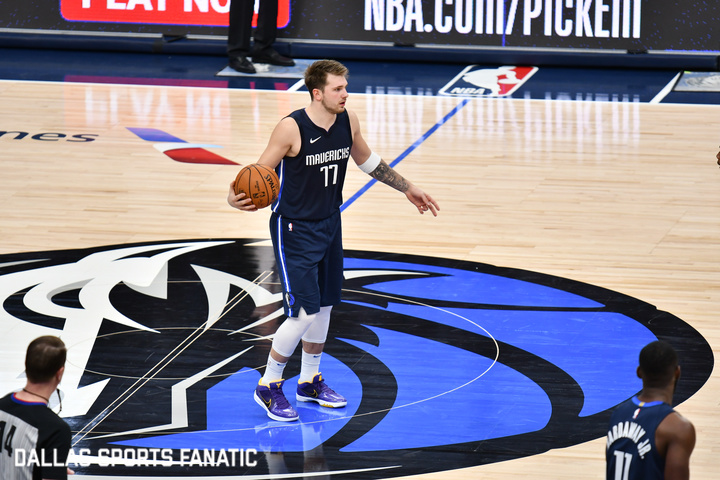 The Dallas Mavericks visited their in-state rival Houston Rockets on Sunday afternoon. The Mavs, fresh off winning four consecutive games at home, continued their dominate play with a 137-123 win. In a game with former MVP James Harden and Russell Westbrook, it was Luka Doncic that looked like the MVP. Doncic put up 41 points, 10 assists, and 6 rebounds in 34 minutes. Tim Hardaway Jr. chipped in 31 points while going 5/11 from three. But more importantly, the Mavs lead the entire game and pushed their winning streak to five.

The Mavs started the game ready and the Rockets did not. Dallas jumped out to a 21-10 lead halfway through the first quarter. The span featured three straight steals for the Mavs to start the game, a series of Porzingis blocks, and two Doncic threes. The Rockets looked like they still hadn’t woken up yet with multiple bad passes and missed open looks. Their quick start would build to a 45-29 lead going into the second quarter. Dallas would not give up their lead for the rest of the game. If the Mavs can continue to get off to fast starts, their offense is so good that it is almost impossible for teams to catch up.

After Sunday’s win the Dallas Mavericks are now on a five-game winning streak. Their win pushed them to a tie for third in the West Conference with the Jazz and Clippers. At five games, they hold the third longest winning streak in the NBA, behind the seven game streaks held by the Lakers and Bucks. Luka Doncic continued his MVP caliber play with his fourth straight 30+ point game. Kristaps Porinzingis recorded his 5th double-double in six games. This team is on an incredible offensive streak as they have scored more than 130 points in the past three games.

Mavs fans have been aware of how special Luka Doncic is. Now the 20-year-old is being featured on the national stage and showing out. His name is mentioned in MVP conversations on national broadcasts with the likes of James Harden, Giannis Antetokounmpo, and LeBron James. This recognition is deserved as he has been dominating opponents this season. In this five game win streak, Doncic has scored 26, 42, 35, 30 and 41 points. He is second in the NBA in points per game while shooting almost 50% from the field. In total, Doncic has 174 points, 49 rebounds, and 54 assists to only 25 turnovers in these five wins. Just insane numbers for a 20 year old player, MVP like if you will.