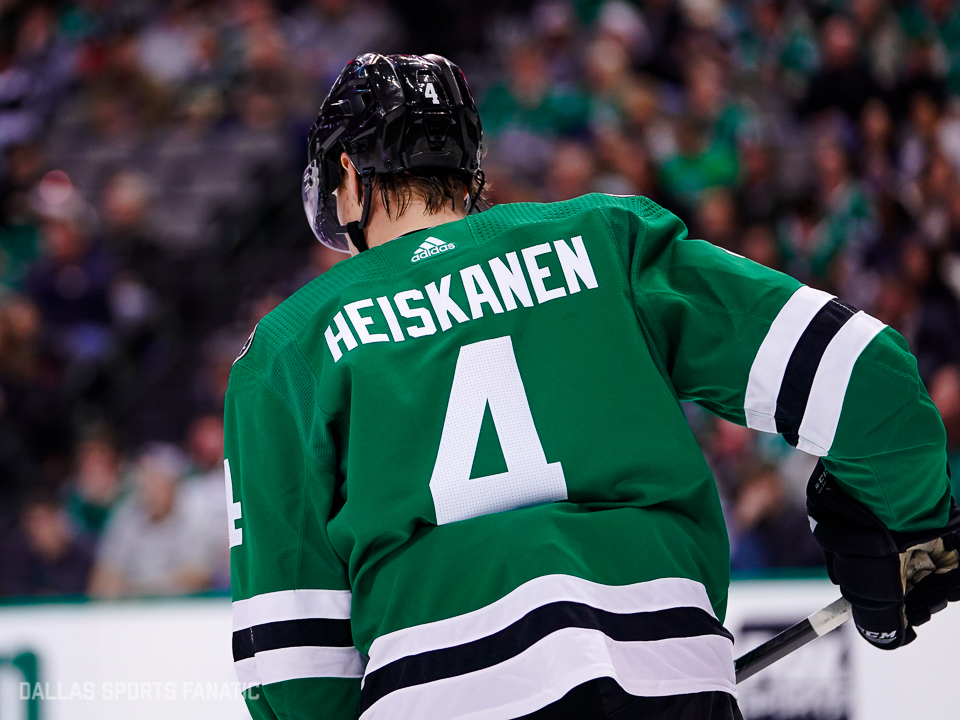 The Dallas Stars came into the game sitting at 8th in the Western Conference, and the New Jersey Devils sitting 12th in the Eastern.  The Devils beat the Stars 3-0 on October 16th in New Jersey.

Tyler Seguin leads the team in points, but it would turn out to be Miro Heiskanen representing the Stars for the All Star Game.  Taylor Hall leads the New Jersey Devils in points and will be representing his team.

Ben Bishop and rookie goalie Mackenzie Blackwood started the game in between the pipes.

The game started off with a quick hooking penalty by Alexander Radulov.  While a goal was not scored on the power play, the Devils were able to sneak in an even strength goal, shortly after the penalty ended.

Just after Radulov got out of the box, he failed to get the puck out of the Stars’ defensive zone.  Travis Zajac stole the puck on the blue line, got it over to Devils’ captain Andy Greene, who then sent it back across ice for an easy goal by Zajac.

Stars’ captain Jamie Benn opened up the scoring for the Stars with his 17th goal of the year, on a beautiful play set up by Alexander Radulov.  Radulov swooped around the net, and just as the goalie went to look over his shoulder to the other side, he sent a pass in front for Benn to tap in.

A couple minutes into the period, Wood took a run at Jamie Benn.  The two had scrapped in the previous matchup, and it was clear that the hit came late, with bad blood.  Chaos ensued after the fight.  Unfortunately the Stars’ captain left the game with an upper body injury and would not return.

Miro Heiskanen was able to net his 8th goal of the year, four on four, after the scrum left the Devils with a five minute interference major and the Stars with a two minute roughing penalty.

Tyler Seguin was able to net the Stars’ 2nd goal with Wood in the box.  Scoring goals is the best way to make the other team pay, and this is what the Stars did.

The Devils’ Drew Stafford would pull the game within one shortly thereafter.  Then, with one minute left, the Devils would get a power play goal to tie the game at four aside.

Miro Heiskanen scored an absolutely beautiful goal, his 2nd of the night, after a faceoff win by Roope Hintz.  The left handed center won the puck to his backhand, Miro walked around everyone, and roofed it back hand after a nifty little move.  He would then turn around and save a sure fire goal, with just three minutes remaining in the game to seal the victory 5-4 in favor of the Stars.

Miro Heiskanen is playing with the poise of a ten year veteran right now and there’s no where to go except for up.  He, Seguin, Radulov, and Klingberg all had multi point nights.

The Comeau-Faksa-Pitlick line is an absolute wrecking crew on the ice, and they combined for eight hits throughout the course of the game.

The Stars lost Jamie Benn and Julius Honka, both to upper body injuries throughout the course of the game.  Montgomery said after the game that they were both just cautionary pulls, to make sure that they were okay.

Stars take on the Captials at home on Friday.