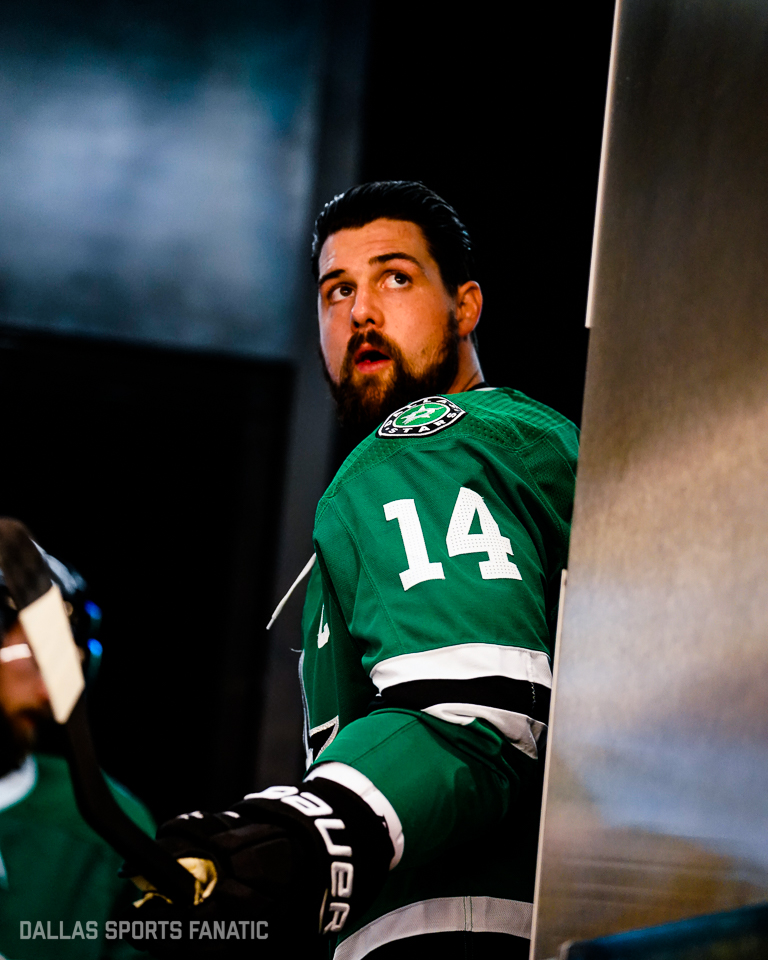 Dallas Moves Within One Game of the Stanley Cup Finals

Dallas Moves Within One Game of the Stanley Cup Finals

The Stars came into the game, knowing that the reeling Golden Knight team was still licking their wounds.  Robin Lehner once again got the start in net, over Marc-Andre Fleury.  Anton Khudobin started in net for Dallas.

The game began with sloppy play and turnovers at the blue line for the Stars.  Dallas clearly came out of the gates looking to weather the Vegas storm, but did not put out much offensively.

The Knights out shot the Stars heavily, but Dallas answered their offensive attack with sound play in their own zone, pushing Vegas’ shots and opportunities to the outside of the ice.  This helped limit the Knights’ high chance opportunities.

The scoring finally opened up in the second period when Alec Martinez capitalized on the power play, on assists from Paul Stastny and Nate Schmidt.

Joe Pavelski evened the game at one a team, about four minutes later, on a goal from Andrew Cogliano.  It was his 9th goal of the post season, after only recording 14 throughout the course of the season.  He’s making his $7.5 million contract feel more worth it.

Dallas increased their lead to one, when Jamie Benn capitalized on the power play from John Klingberg, and Alexander Radulov.  The Captain continues to lead the way for the team.

Jamie Benn and Tyler Seguin both had huge blocks on penalty kills towards the end of the period, that proved to be huge.  A Mark Stone takeaway turned into an odd man rush, that ended with a Pacioretty shot off of the post.

Joe Pavelski received a two minute minor for tripping at 6:44 of the 3rd period.  The pressure was heavy on the Stars going into the Penalty Kill.

Jason Dickinson won a puck battle to create a breakaway chance for the Stars.  Lehner made a pad save and put up the wall on the rebound opportunity as well.  As Vegas went to work the puck out of the zone, Dickinson received a two minute minor for tripping, giving the Knights’ the two man advantage.

An offensive onslaught began for the Knights‘ 5-on-3  powerplay.  Anton Khudobin would manage everything that Vegas threw at him and closed out the game 2-1.