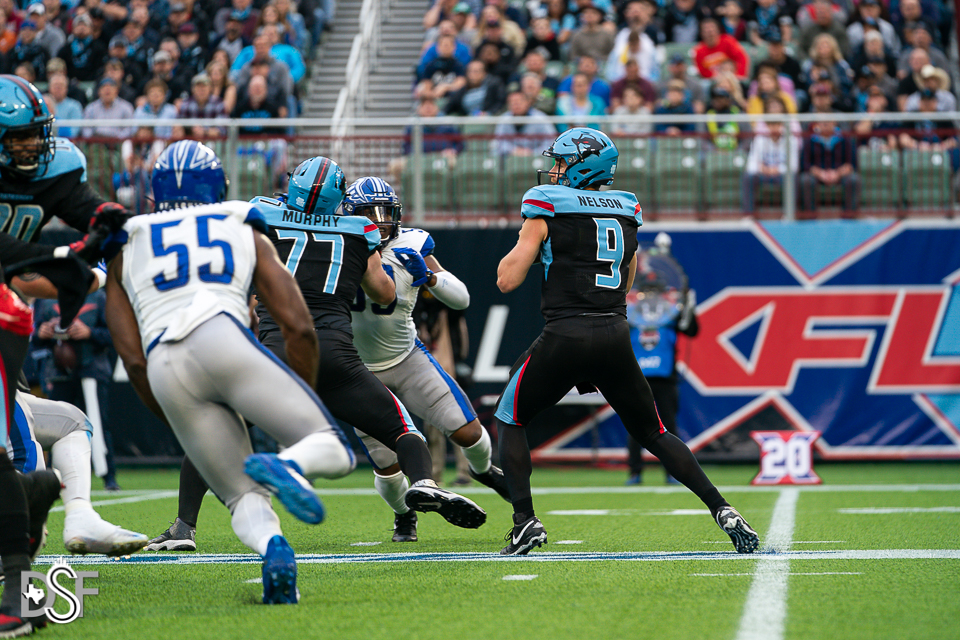 The Dallas Renegades strolled into their XFL debut as season favorites but their status vapidly plummeted after a 15-9 home loss against the St.Louis Battlehawks.

There were plenty of sound expectations going into this particular XFL matchup.

For starters, the experienced Dallas Renegades roster was ranked as the second-best team in the league by CBS Sports. Granted, the team was without starting quarterback Landry Jones, but the Renegades offense lacked a great deal excitement.

Not only were they the only home team to take a loss opening weekend, they also failed to get into the endzone after gaining only 267 yards equaling 4.5 yard average gain per play.

“I’ve said it and lived it my whole life as a head coach,” said head Coach Bob Stoops. “Too many field goals get you beat. You’ve got to put the ball in the end zone and we didn’t do that.”

Former Kentucky kicker Austin MacGinnis went three for three on field goal attempts leaving him solely in charge of all the Renegades scoring.

The game in general found itself at a point where it stalled, more so towards the end of the second half yet I found myself pondering one major fact: this is only the first of ten season games.

“I came in all in expecting to win,” said Stoops. “I’m not doing this for any other reason. I want to win, win big. So, I’m disappointed.”

Maybe us Dallas Cowboys fans have been so scarred over the years that we tend to blow sport situations out of proportion, but it’s worth noting the league is just as new to players and coaches as it is to observers.

We didn’t win the game tonight, but we’re going to get things better and find a way to win next week.”

Dunbar said this about the Renegades fandom as if he vividly remembers the high standards texan football fans demand out of their teams, regardless of new league rules and regulations.

So the @XFLRenegades are heavy favorites and underwhelm. It’s as if the #DallasCowboys never stopped playing. #DALvsSTL

Overall the Renegades demonstrated a fair share of play action both offensively and defensively but it wasn’t consistent enough for Dallas to pickup some much needed momentum, which was ultimately their biggest struggle of the night.

With the potential return of Jones next week, the Renegades might very well look like a different team under the original leader of the pack. There was a point late in the fourth quarter when backup QB Phillip Nelson threw an interception to seal the Renegades loss and fans could be heard booing Nelson. Loudly.

Whether or not Jones will be ready to take the field in Los Angeles next week, Coach Stoops isn’t making any excuses for the team at QB acknowledging the all-around inconsistency of the team at all positions rather than placing the loss on the shoulders of a second string.

“We allowed too many rushing yards and allowed them to mush us a little bit too much,” said Stoops. Hopefully we can grow from game one to game two in being able to play a little more physically whether it be in tackling or getting off of our blocks.”