This year Dallas got the honor of hosting the NHL Draft for the first time and our fans got a closer look at our draft picks and what we can expect from them.

Ty Dellandrea (Round 1, No. 13) – Our first pick came from the Flint Firebirds of the OHL and this was a surprising choice for the 13th overall pick, but the more research done on Dellandrea, the easier it is to understand the skill he possesses. Last season with the Firebirds, Dellandrea played 67 games, producing 59 points (27 goals, 32 assists). However, something to keep note of is that Dellandrea only produced 6 goals in his first 20 games before changing his lifestyle to combat his celiac disease (a disease that causes the immune system to attack the small intestine, which is normally caused by eating gluten). After Dellandrea changed his diet, he managed to shake off the fatigue caused by the disease and was able to score 21 goals in his final 47 games.

Albin Eriksson (Round 2, No. 44) – The 17-year-old, Swedish, center played for the Swedish Elite League (SHL) and the Swedish Junior League. Eriksson’s statistics in the SHL are not impressive enough with only one assist, but his performances in the Junior League is what caught the scouts’ attention. In 2017-2018, Eriksson played in 38 games yet managed to register 40 points (22 goals, 18 assists). Eriksson also participated in the Junior Leauge for the 2016-2017 season and produced 15 points (9 goals, 6 assists) in 32 games.

Oskar Back (Round 3, No, 75) – Another young center from Sweden that played for the SHL and the Swedish Junior League. Back accrued 32 points (10 goals, 22 assists) in the Juniors whilst only playing 38 games. Back also competed for team Sweden in the IIHF Under-18 World Championships where he was able to tally a goal and 3 assists, in 7 games, en route to capturing a bronze medal victory for Sweden.

Curtis Douglas (Round 4, No. 106) – This 18-year-old center checks in at a towering 6-foot-8 and weighs 248 pounds. Douglas started the 2017-2018 season with the Barrie Colts of the OHL and amassed 18 points (7 goals, 11 assists) in just 28 games. Then Douglas was traded mid-season to the Windsor Spitfire and produced 28 points (15 goals, 13 assists) in 38 games. With his height, weight, and talent, the Stars hope that Douglas can use that size to his advantage and become an elite power forward.

Riley Damiani (Round 5, No. 137) – Another Kitchener Ranger that caught the Stars attention. Although his 37 points (19 goals, 18 assists) in 64 games doesn’t favorably compare to Adam Mascherin, the kid looks to continue improving on his game at 5-foot-9, 164-pounds.

Dawson Barteaux (Round 6, No. 168) – The 18-year-old defenceman from the Red Deer Rebels of the WHL has shown that he can produce points. In 64 games for the Rebels last season, Barteaux tallied 32 points (3 goals, 29 assists).

Jermaine Loewen (Round 7, No. 199) – Loewen made history this NHL Draft by becoming the first ever player to be born in Jamaica and be drafted by an NHL team. Loewen said in an interview that “This was a dream come true” when he received the call from the Stars organization. Loewen continued by stating that, “I cried on the phone, just because of all the things that I’ve gone through.” Last season, Loewen recorded 64 points (36 goals, 28 assists) in 66 contests. Loewen has constantly improved every year and he hopes to take the next step and hopefully become the first Jamaican player to make an official NHL Roster. 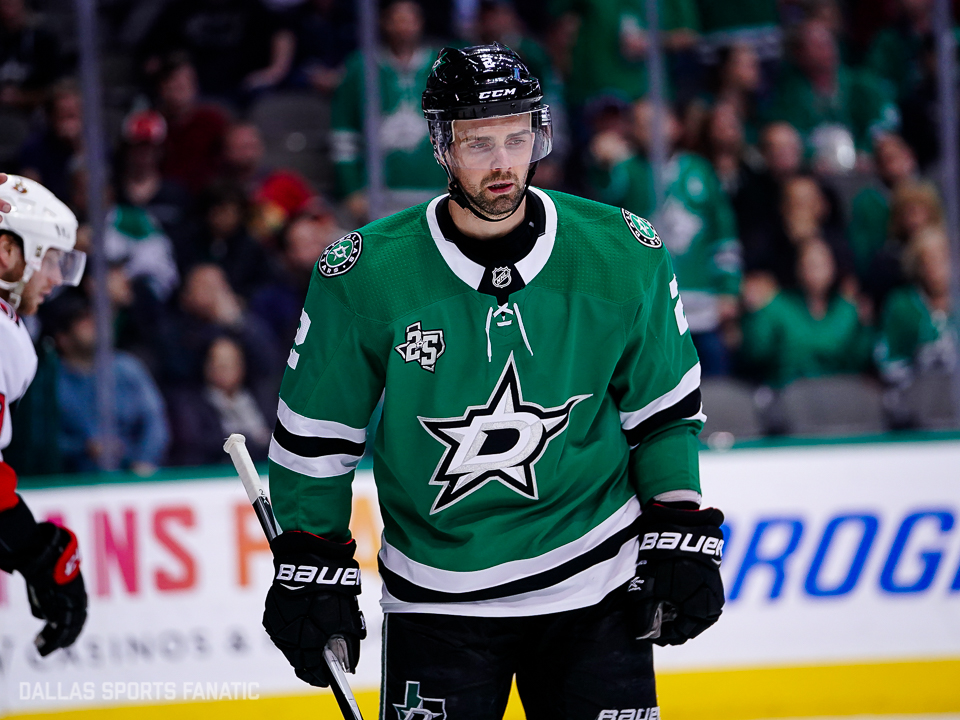 It was ultimately sad to see Kari Lehtonen go after 9 seasons with the Stars, but last season he demonstrated that he was no longer adequate enough to back up Bishop. Anton Khudobin finished last season 16-6-7 with a GAA of 2.56 and SV% of .913 for the Bruins, and at the age of 32, his 2-year contract carries a team-friendly average value of 2.5 million for someone of his caliber.

Continuing with losses that were hard to witness was with the departure of fan favorite Antoine Roussel who signed a 4 year / $12 million contract with the Vancouver Canucks. Roussel was widely known around the league as one of the most annoying instigators, but we here in Dallas know that Roussel’s passion was scoring goals. Albeit, Roussel rarely racked up the goals as he became apart of the depth scoring issues for the Stars. Therefore, they signed former Avalanche, Right Winger, Blake Comeau, 32 years old, in the hopes that he will provide that scoring depth without the horrendous penalty minutes that came with Roussel. Comeau joins the Stars on a 3 year / $7.2 million contract and will most definitely only see bottom 6 minutes. Last season, Comeau helped the Avalanche by providing 34 points, including 13 goals.

Dan Hamhuis and Greg Pateryn were one of the most surprising shutdown duos last season and it’s a shame to see the two depart. Pateryn’s time in Dallas reinvigorated his career and he was able to prove that he has the potential to be a dependable player to shore up a second or third line pairing. Pateryn signed a 3 year / $6.75 million deal with the division rival Minnesota Wild. Dan Hamhuis returned home to the team that drafted him, the Nashville Predators, and joins that already elite core of defenceman in hope that he can help them return to the Stanley Cup finals. His contract is worth 2 years / $2.5 million.

What did Nill do to address this defensive holes that the Stars now face? He makes a controversial signing in defenceman Roman Polak, and at just $1.3 million for this year, all Stars fans hope that all Polak does this season is sit in the press box to allow the young defensive talent (Heiskanen, Honka, Heatherington) to get their opportunity to play and develop.

‘Nuke’ returns from the KHL and his resume in Russia is not that impressive. In 104 games with CSKA Moscow, Nichushkin only managed to produce 57 points, averaging 0.5 PPG. With an average of 2.95 million over the next couple of years, he is not getting overpaid, but Nichushkin will most definitely become our second line right winger, where we hope he can produce more than just 30 points this season. 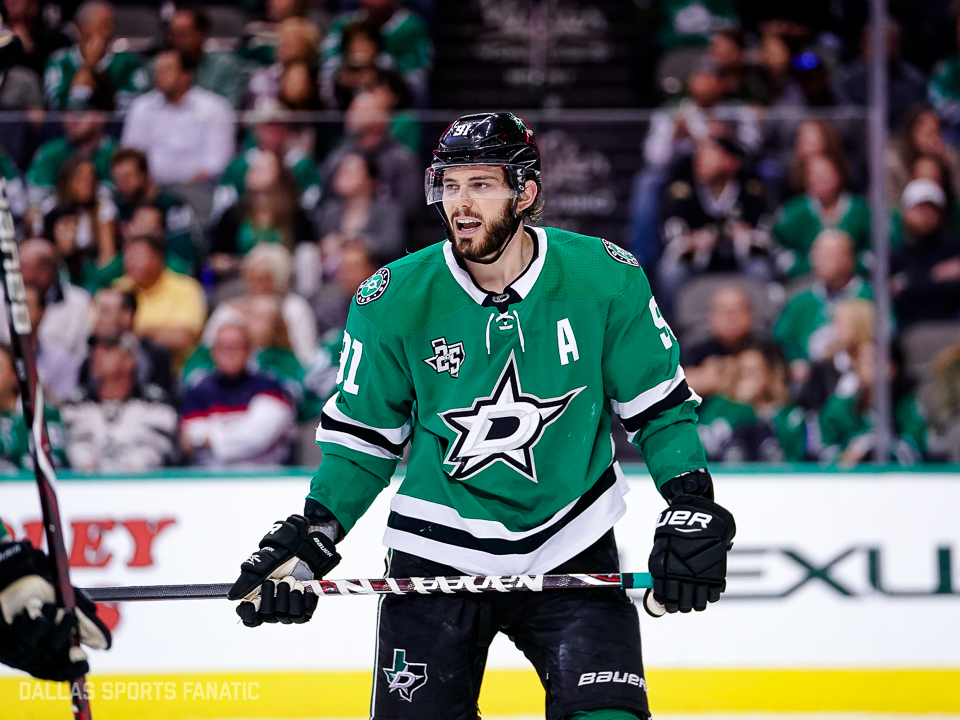 Tyler Seguin was recently ranked the 9th best center in the league, according to NHL Network, and Seguin deserves that honor. In 2017-2018, Seguin racked up 40 goals for the first time in his career and scored over 70 points for the 5th consecutive year. This offseason, Nill tried to recruit free-agent John Tavares in hopes of shoring up the Stars center depth. Sadly, Tavares ultimately chose to return to his hometown and play for the Toronto Maple Leafs on a 7 year 77 million dollar contract. This mega contract now sets the asking price for elite centers such as Tavares and Seguin.

Now that Seguin is about to enter the final year of his contract, we continue to worry that Seguin will become Tavares 2.0. Recently Seguin stated that he was ‘disappointed’ to be nearing the season opener and that there has been little to no negotiations about his extension. Will Seguin resign in Dallas, or his he frustrated with the Stars lack of playoff appearances? Will he leave Dallas for a chance to hoist the Stanley Cup once again? 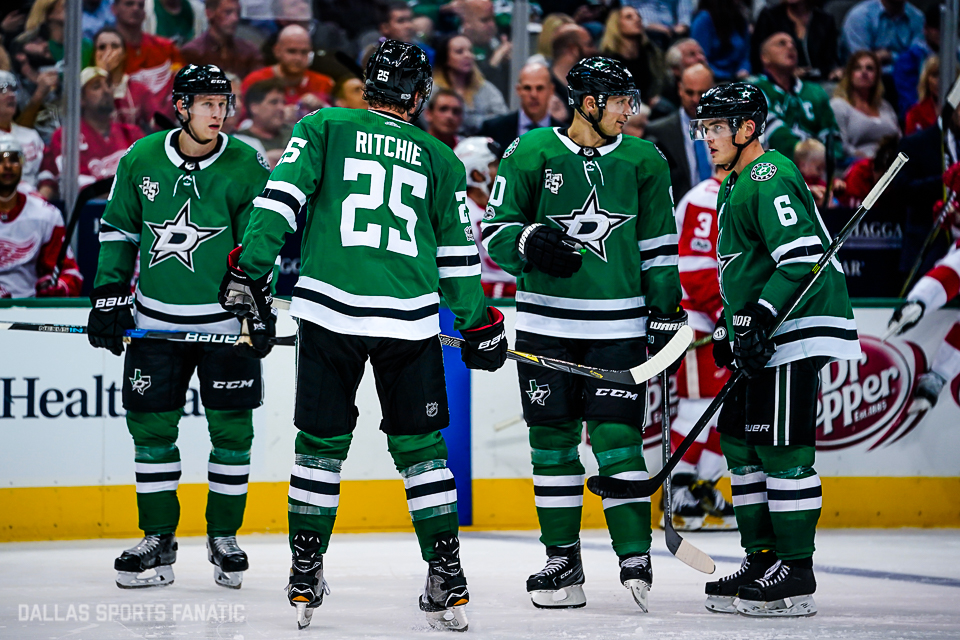 Miro Heiskanen is going to be a superstar in the NHL, but he needs time to develop. Having Roman Polak in our lineup is a hard pill to swallow, but until Heiskanen plays more games in Cedar Park, Polak will be our best option. Dillon Heatherington is another young stud that could potentially grow into a top 6 defenceman and steal Polak’s spot. Heatherington only played 6 games last season, but he worked for those minutes and showed his grit.

On the offensive side, the players to watch for are Gemel Smith, Remi Elie, and Jason Dickinson. These guys are grinders and although they don’t produce many points, they contribute well. However, Dickinson has failed to produce anything and although he needs more playing time, the open roster spots are a tight race. Elie, on the other hand, played 72 games last season and had only 14 points to show for it. It is a possibility that Elie plays more games with the injury-prone Hanzal in the lineup, but I would rather place Gemel Smith in the lineup. Last season Smith was only able to tally 11 points, but he did so in 42 games. The 6 goals that Smith was able to produce came from just 42 shots. Smith also signed a one-year, one-way contract worth $720,000 so it’s safe to assume that Smith will receive more playing time.

Through every signing and transaction this offseason, Stars fans should be optimistic about the coming season. The talent is there, all that is left is to see how they perform on hockey’s greatest stage, the NHL.