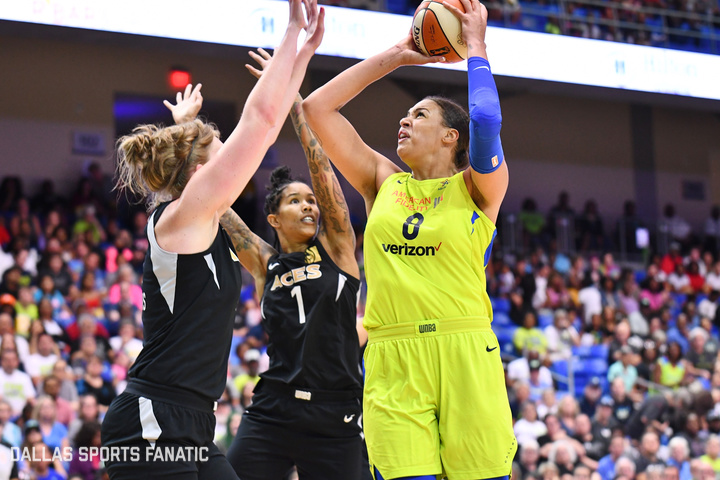 The Dallas Wings will play their first regular season game on Friday, officially without their leading scorer from a season ago in forward Liz Cambage. Not appearing in any of the Wings preseason games this month, the deadline for Cambage to be moved before the season spurred a deal with the Las Vegas Aces.

A year after finishing eighth in the league to earn a playoff berth, one spot ahead of the Aces in their inaugural season, the Wings will quickly have to work Moriah Jefferson and Isabelle Harrison into their lineup in hopes of keeping pace in 2019. The Aces welcome Cambage to a starting lineup already featuring Kelsey Plum, Jackie Young, Kayla McBride, and A’ja Wilson.

The most positive development out of the Wings preseason has been the emergence of fifth overall pick Arike Ogunbowale of Notre Dame. Adding proven depth in the back court with Jefferson shows the Wings intention here. The second overall pick of the 2016 Draft, Jefferson burst onto the WNBA scene out of UCONN as an all-rookie selection for San Antonio.

Though Jefferson has missed time due to injury in her last two seasons, most recently in Vegas, she’s a proven facilitator the Wings will look to soften the scoring absence left by Cambage.

Harrison has had similar durability issues to Jefferson through four seasons in the league, drafted by the Phoenix Mercury in 2015. Missing her entire rookie season, Harrison did not play last year for the Aces either, but did fit in well with Jefferson on the Stars in 2017.

Known for her defensive prowess, Harrison gives the Wings length on the perimeter and further builds their depth. It will take a team effort to replace Cambage in the Wings lineup. Their trade return for allowing Cambage her much-needed change of scenery from Dallas to Las Vegas won’t be enough alone, but rookies Kennedy Burke and Ogunbowale have shown hope for the future of the Wings this preseason.

For those scoring at home, the Wings first game against the Aces is set for June 22nd on the road. Cambage will return to College Park center on August 3rd.