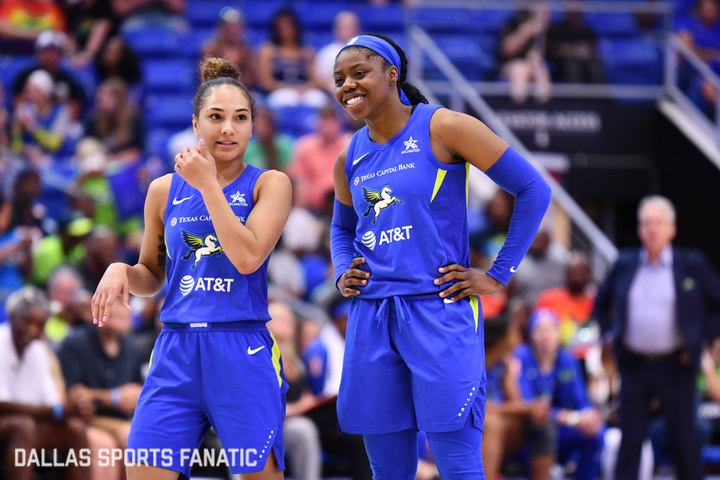 The Dallas Wings have released a full 2020 schedule that entails the recently announced modifications to season scheduling and player benefits.

The WNBA took the sports world by surprise with the announcement of a new eight-year Collective Bargaining Agreement with the WNBPA. The landmark agreement features nearly a tripled increase of cash compensation, paid maternity leave plus additional family benefits and major enhancements to the traveling experience.

Wings All-Star guard Skylar Diggins-Smith is one the many voices actively calling for a reconstruction of the league, specifically for fair wages and WNBA representation/ exposure.

Use your voice to make a change! Literally brought tears to my eyes ❤️ https://t.co/CQ53FOreDY

Additionally, the WNBA has extended the regular season from 34 games to 36 games featuring the Commissioner’s Cup,  a new in-season tournament aimed towards intensifying competition through the regular season and ultimately keeping fans actively engaged. The Wings have one scheduled nationally televised matchup against the Seattle Storm on June 23 to be featured on ESPN2 (only two games are being telecasted on ESPN.) The league has previously produced a 34-game schedule since 2003.

“We are incredibly excited to introduce a first-of-its-kind in-season tournament for our league and present more regular-season games on ABC, increasing the WNBA’s national television exposure,” said WNBA Commissioner Cathy Engelbert. “The Commissioner’s Cup offers fans another competition through which to support their favorite teams and adds a new dimension to the season for our players and teams.”

Here’s the basic breakdown: Each team will play 10 Cup games during the regular season and their first home and road regular season game against their conference opponents will be considered a tournament game. The championship is between the top team in each conference in Cup standings and is tentatively scheduled for Aug. 14.

Further details surrounding the Cup have yet to be revealed but there is a special prize pool on the table and the first ever Commissioner’s Cup title to be claimed.

You can expect to the Wings to come into this season hungrier than ever with the anticipated return of sophomore and top three league scorer Arike Ogunbowale who could single handedly elevate this Wings team but will now have the assistance of Skylar Diggins-Smith to work with.

The Wings are set to tipoff the season against Sue Bird and the Storm May 15th in Seattle.