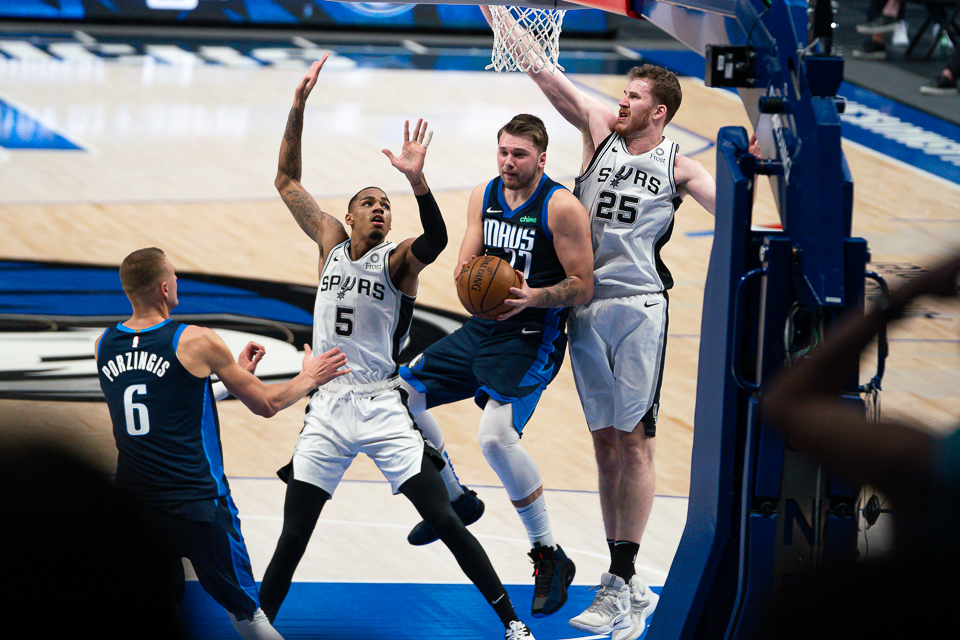 The Dallas Mavericks fell short of handing the San Antonio Spurs their sixth-straight loss as the Spurs held on late to sneak past the Mavericks, 119-117, on DeMar DeRozan’s clutch game-winning jumper with just 0.5 seconds remaining.

DeRozan isolated Dorian Finney-Smith on the left wing as the clock winded down before DeRozan put up the game-winning shot. In the previous possession, Luka hit a floater to tie up the game with 19 seconds remaining.

The story for the Mavericks tonight was the play of Kristaps Porzingis, who continued his aggressive, hot play of late, scoring 31 points and grabbing 15 rebounds before fouling out late in the fourth quarter. Luka Doncic added 29 points and seven assists.

Porzingis got it going early for Dallas, scoring 13 first quarter points. When KP gets involved early in the game with touches and open shots, he’s a different player. Feeding him early is always the best bet for the Mavericks.

The Mavericks have a quick turnaround as the Philadelphia 76ers come to town tomorrow night.