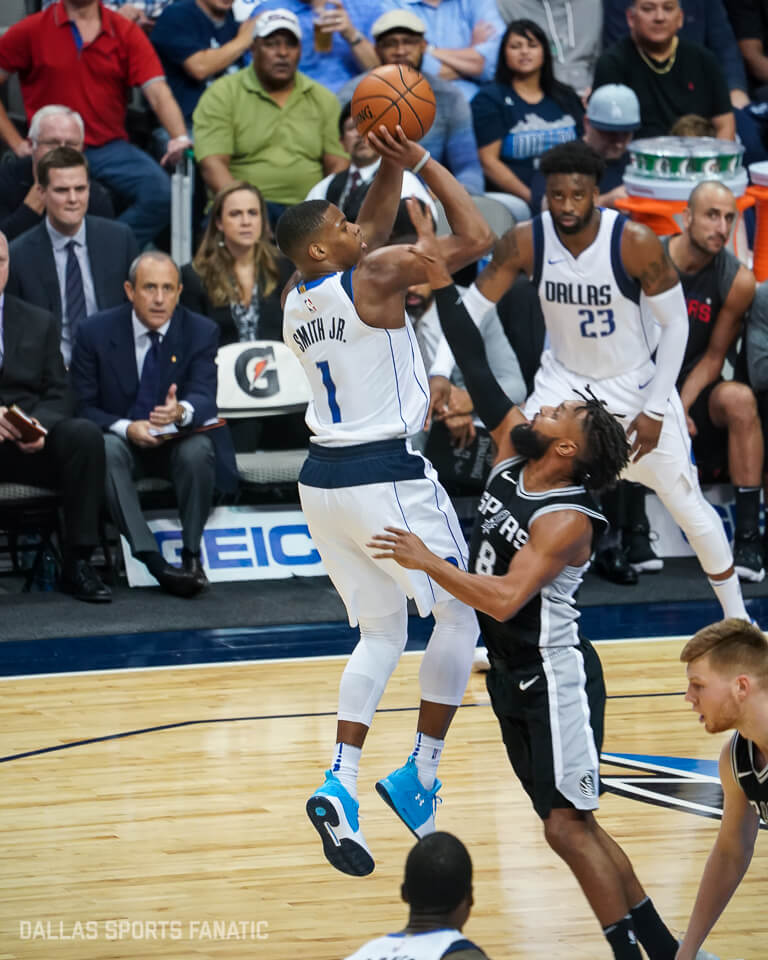 Some of the die-hard Dallas Mavericks fans out there are going through a tough time. Watching their team lose game after game and then being told that it’s ok. That it is all part of the plan for the future, just trust in the process. Problem there is that most of these fans have become accustomed to 50-win seasons, the playoffs and the greatness of Dirk Nowitzki. Now you are telling them to reverse their thinking and start to embrace the culture of team tank. Well MFFLs, there is something that can help you through this sad and dark time as a Mavs Fan. His name is Dennis Smith Jr.

Make no mistake; the Mavs were close to ending up with another bust pick in the draft this past summer. With New York on the clock, the last remaining player that would make an impact for their respective team was Smith Jr. and New York had their shot at him. Instead, in a move that still baffles everyone in the Knicks organization, they picked Frank Ntilikina. The basketball gods intervened and delivered Smith Jr. to the Mavs and the future got brighter.

This was the perfect pick for the Mavs at the right time. He can’t lead this team to the playoffs. He won’t have them even compete for the eight spot in the West. What the man can do is amaze you with his insane athleticism and remarkable play-making ability night-in and night-out. Watching him just from highlight plays has been a blessing for my weary eyes; imagine what it does in person at the AAC. A point guard that dunks with authority, scores and making his teammates better, Dennis Smith Jr. has reignited a light for this team and its fans.

Just take a look at Tuesday’s game against the San Antonio Spurs. Yes, they lost the game, but the Mavs kept it close and competitive for most of the game.  Smith Jr. had 27 points and 6 rebounds plus a bevy of impressive dunks that surely made it on the top-ten lists for that night.

This makes team tank much more enjoyable for the fans as well. While Smith Jr. and this young Mavs teams dazzles us with fun basketball, the team is still not good enough to win and those loses keep piling up. The end result is a team that is growing up on the fly, while gaining assets to help down the line.

No one said team tank would be easy or a guarantee of success in the future. Yet, it is the best way for a team to get back to rebuilding its foundation and getting back to competing for a championship. Now, Dennis Smith Jr. just makes it actually fun to watch basketball again as we work our way to the number one pick.