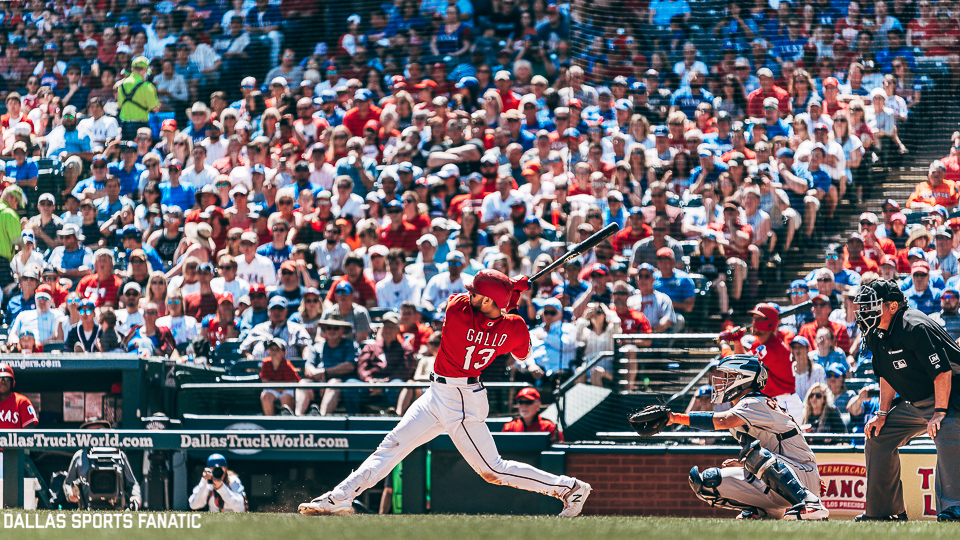 “It’s definitely a rivalry,” Kiner-Falefa said pregame. “We’re battling for the state. Just to claim that Silver Boot, it means a lot for whoever gets to take it home. That’s the motive right now. We want to bring it back.”

Despite little implications in the American League playoff picture, the first head-to-head match-ups of 2020 have been entertaining for the two lone star franchises. Texas, just 13-22 after Wednesday’s game, topped Houston, 20-15 and second in the AL West, in a thrilling 6-5 comeback Tuesday night. Wednesday’s game also produced an entertaining contest in a 2-1 pitchers’ duel in the Astros’ favor.

Since the Astros moved to the American League and joined the Rangers in the West, the two teams have constantly been headed in the opposite directions. Such is the case in 2020 as well.

Texas entered the 60-game slate with little to no expectations, while Houston began the monumental task of trying to recover from one of the most brutal five-month stretches in league history. After losing game seven of the 2019 World Series to champion Washington, the Astros were exposed for a grotesque cheating scandal that led to the dismissal of both the team’s manager and general manager.

Even so, the teams had a similar turning point in their seasons. On Aug. 14, Texas was 9-9 and led the Astros- who were slumping and struggling mightily with injuries- by a half game in the AL West standings. Soon after, the Rangers flopped through an eight-game losing streak, while the Astros did the opposite- stringing together a winning streak of eight games.

That trend is emblematic 0f the series in each season since Houston’s foray into the Junior Circuit.

In 2013, when the Astros were committed to a full rebuild and Texas won 91 games, the Rangers dominated the series, 17-2. A year later, Texas was stricken by injuries, and an improving Houston team took its first head-to-head advantage since 2006- a year removed from its first AL Pennant.

Furthermore, in a league that forces “natural rivalries,” that is, yearly interleague matchups against geographically similar clubs, Texas and Houston need no help with fanbase animosity. With ballparks located just 257 miles apart and distinct cultural ties, Dallas and Houston have always shared a rivalry, even if it isn’t patently clear on the playing field.

They still go head-to-head for a trophy at the end of the day, and despite only nine head-to-head matchups (all this month) in the Coronavirus-shortened 2020 season, the Rangers still have an opportunity to make a tangible step in the right direction in its rebuild.

If you ask Texas, each one of the contests is high-stakes towards its 2021 goals, too- no matter how humble.

“I just want us to go out and get on a roll, win a few ball games here, finish strong,” Wednesday’s Ranger starter Kolby Allard said postgame. “I think it’s just going to be important to finish strong here and hit the ground running next year, I think.”