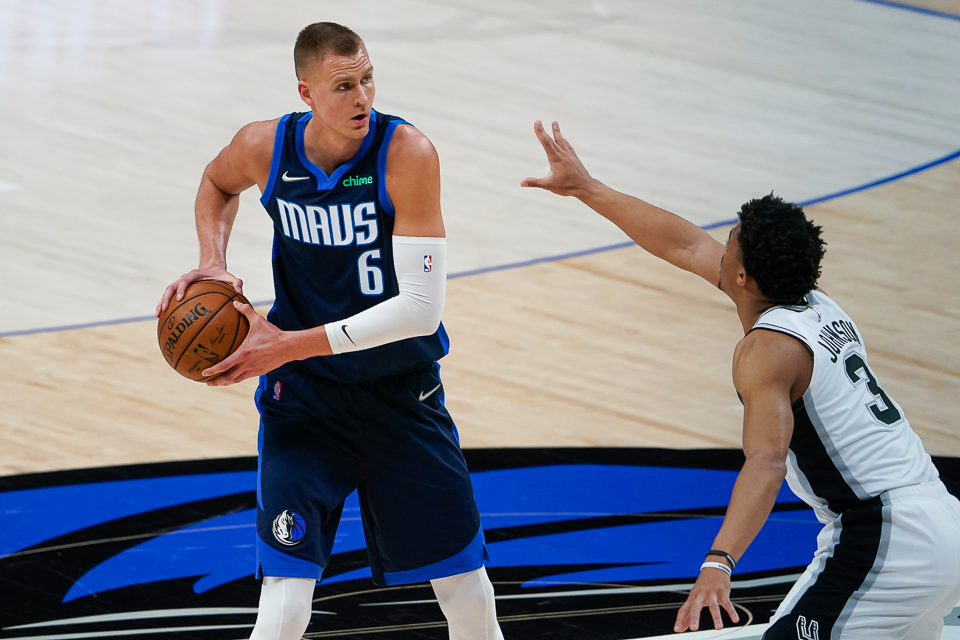 After shooting just 4-13 from the field in Saturday’s game one win for the Mavericks, big man Kristaps Porzingis had a lot to be frustrated about. The Clippers stuck Kawhi Leonard on him for most of the game and greatly limited Porzingis’ ability to find any sort of rhythm or feel. His body language throughout the night reflected that as well, but his postgame comments were measured enough to not cause any sort of real panic.

Then he got himself into some trouble during the two days between games one and two. Porzingis was photographed out at a club on Sunday night and despite the fact that he is reportedly fully vaccinated, this is still a violation of the league’s health and safety protocols during this COVID-19 season. After the league investigated, they ruled he would not be suspended, but would in fact have to pay a hefty $50,000 fine. The fine was announced just a handful of hours before the start of game two of the Mavs/Clippers playoff series on Tuesday night.

Despite the noise and potential distractions, Porzingis went out and had an indisputably improved demeanor and performance on the court in game two. Even with playing four less minutes than in game one because of minor foul trouble in the second half, KP scored 20 points on an efficient 8-12 from the field and was active on the defensive end with three steals and two blocks.

After the game, he wisely addressed his off the court matter without being prompted to do so.

It was a small, but important, moment for Porzingis with the media and the listening Mavericks fans as he’s often a bit of a lightning rod with his inconsistent play and availability to go along with the occasional eyebrow raising comment.

He also went on to share a key thought that was pleasant to hear because of his sometimes perceived unhappiness with his role within the Mavericks offense.

“I thought about the last game a lot and kind of went back a little bit to the fundamentals of how I can affect the game. And also realized that by me being out there, I’m like a decoy for other guys, for Tim and Luka. Kawhi is guarding me.”

This series just might be a tough one for him with the Clippers willing to deploy their all-worldly defensive star in Leonard onto Porzingis often on the perimeter. He’s absolutely right that his presence opens up opportunities for others.

This is the KP effect. Kawhi is frozen on this play so it's a Luka dunk. pic.twitter.com/zI3YvpfTAV

With Dallas now up 2-0 in the series and headed back home to what should be a raucous crowd at the American Airlines Center on Friday night, the vibes with the Mavericks should be nothing but immaculate for everyone involved. Judging by Porzingis’ smiles near the end of game two, that is the case.