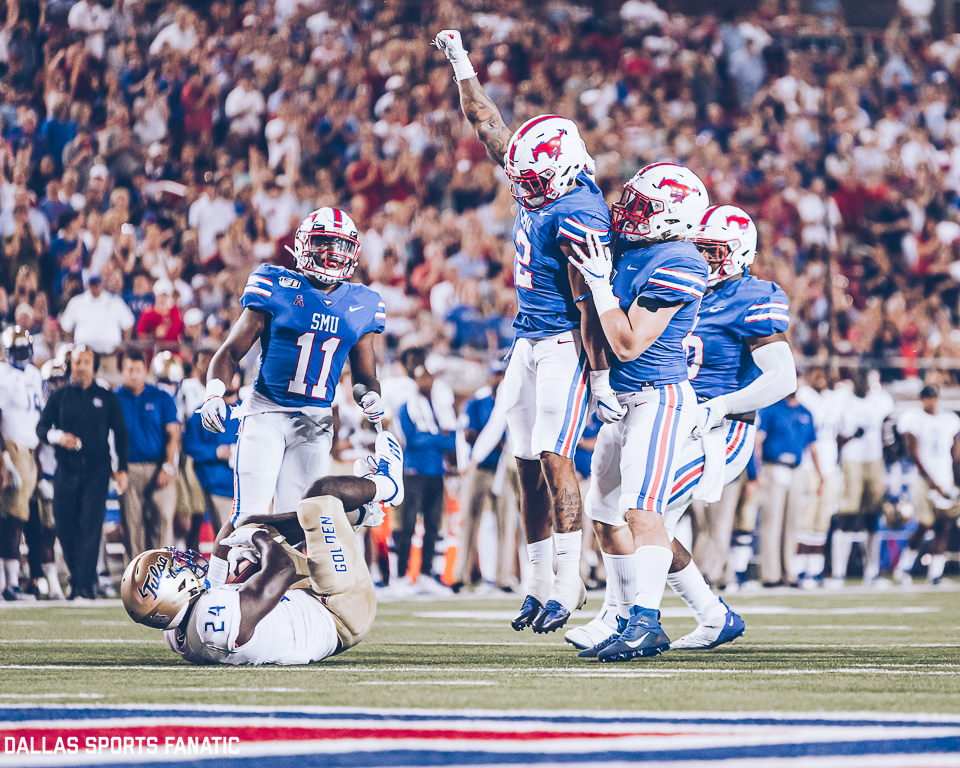 College football is ACTUALLY back.

After a sterile 2020 season with a reduced schedule and few fans in attendance, the pageantry and excitement of one of the nation’s most energetic sports return to the Dallas-Forth Worth area.

Texas Christian, Southern Methodist, and North Texas all are primed for a step up after mixed results in the abbreviated season. Here’s a team-by-team breakdown on all three, in addition to a broad brush stroke look at the NCAA landscape and other area schools of interest in 2021.

The Skinny: TCU made out better than most last year- stacking up six wins in 10 games and flying relatively under-the-radar- just how Garry Patterson likes it. They lose NFL draftee Trevon Moehrig on the defensive side of the ball, but scrambling quarterback Max Duggan returns for a third year under center.

TCU has a brutal draw in its conference road games for this year- playing at two preseason top-ten teams Oklahoma and Iowa State, in addition to Oklahoma State. Watch out for an upset against Texas in Steve Sarkisian’s first trip to Fort Worth in week five- the Horned Frogs have topped the Longhorns four of the last five seasons.

The Skinny: Sonny Dykes has truly built a program. Branded with Dallas insignia across their chest, Dallas natives might buy into SMU more than ever this season because it continues to win. After a 10-3 campaign in 2019, Dykes made the most of the COVID season thanks to the play of QB Shane Beuchele- now backing up Patrick Mahomes in Kansas City. Former Oklahoma spare part Tanner Mordecai takes his place under center- but don’t be surprised if prized four-star Parish Episcopal product Preston Stone sees time as well.

The Mustangs lock with both other schools highlighted in this article in addition to a road trip to Louisiana Tech in non-conference play. As for the conference regular season, the AAC is better than ever with a preseason top-ten time in Cincinnati, and Gus Malzahn-led UCF at the top of the table. Games with those schools back-to-back in November will likely define SMU’s season.

The Skinny: Seth Littrell returned to UNT in 2019 after declining an offer to coach at Kansas State- and UNT didn’t have the kind of season he was expecting. The Mean Green won just four games a year ago- and that was with NFL draftee Jaelon Darden. He’s gone in 2021, and while Austin Aune did gain a year of experience last year, and the return of DeAndre Torrey also helps, the unit as a whole is lacking.

As far as the schedule goes, its degree of difficulty is part of why UNT is picked sixth in the C-USA West. North Texas plays at SMU and Missouri, while hosting conference finalists UAB and Marshall. Overachieving to bowl appearance this year would go a long way towards getting back to contention.

Scatter-shooting other area teams of interest

If you’ve lived in Dallas for more than a football season, you know that fan interest in DFW goes far beyond just those three schools. Oklahoma, Texas, Texas A&M, Arkansas, LSU and Big 12 fans aplenty line the streets during the fall.

Of those schools, preseason No. 2 Oklahoma has a legitimate shot of grabbing its first national title since 2000. The Sooners return Spencer Rattler at quarterback, and with No. 1 Alabama *possibly* more exposed than usual with a completely new backfield, OU has a great chance to get to the College Football Playoff.

After a banner 2020, Texas A&M finished No. 4 in last season’s final ranking, and is on the outside looking in of the playoff picture to start the season. Rookie QB Haynes King likely won’t get them there in year one, but it will more than likely still be a strong season for Jimbo Fisher’s preseason No.6-ranked Aggies.

LSU will likely resemble the part of 2020 National Champion more-so in 2021 rather than the 5-5 effort it put together last season. Max, son of former Cowboys backup Brad Johnson, will likely get the start at QB, while cornerback Derrick Stingely is possibly the best individual player on the defensive side of the ball in all of college football.

Arkansas has steadily improved under Sam Pittman- so keep an eye on the Hogs when they host preseason No. 21 Texas on September 11. The Longhorns never have any shortage of preseason hype, so expectations are still high entering new head coach Steve Sarkisian’s first season- but the Texas needs to take care of games it lost last year in Oklahoma, TCU and Iowa State first before it’s in the conversation as a national contender.

As for other Big 12 schools that will be sticking it out in the conference- looking at you, Texas and Oklahoma- Texas Tech looks to improve with Oregon transfer Tyler Shough at QB, while Baylor can’t do much worse than Dave Aranda’s maiden voyage, but still figures toward the bottom of the conference landscape. Oklahoma State could be a classic sleeper team- but like Texas and TCU, also has a brutal road schedule.