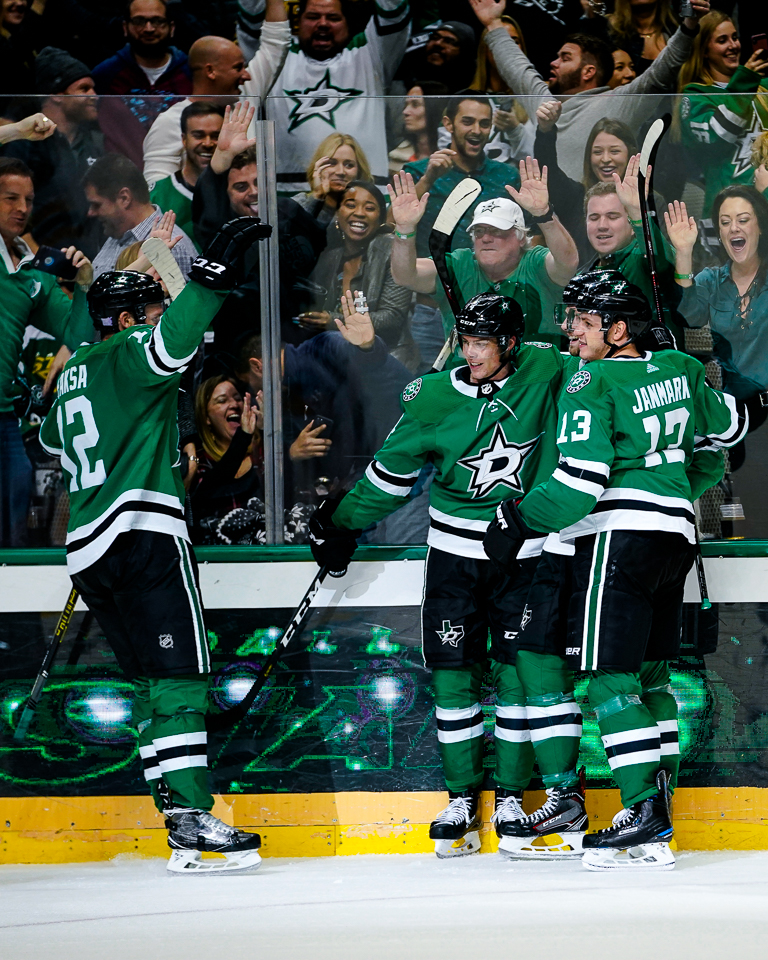 Overview
The fans that watched the Stars and Bruins game might have expected quite a high scoring game. This would be a fair assumption considering that the top lines of Dallas and Boston are two of the best in the league. Not to mention that both have injury-riddled d-cores. But instead, that formula led to a low-scoring affair where Dallas seized their opportunity in overtime.

First Period:
The opening frame set the pace of the game, and so did the referees. Both clubs received their fair share of power plays but were too lackluster to produce anything. Neither team could get a sustained offensive attack but to be fair both goalies were solid. And there was no dominant team in terms of shots on goal as both were knotted at ten at the end of the first. However, the biggest moment of the first was when Tyler Pitlick’s shot snuck through Tuukka Rask. Sadly though, Rask was bailed out as his defenceman stopped the puck from rolling over the goal line to keep the game at zero.

Second Period:
Now the second period was where tempers flared and the game became interesting. The Bruins Brad Marchand was called for two different penalties but both were more than just regular offenses. The Stars Radek Faksa and the Bruins Patrice Bergeron collided hard into the side boards. Marchand took offense to that and simply attacked Faksa. Marchand was then given a double minor for roughing. Then later in the period, Marchand slashed goaltender Ben Bishop and was sent to the box. It was obvious that Marchand did not agree with the call and while in the box he put a white towel over his stick to symbolize his surrender. The refs did not appreciate his gesture and gave him a ten-minute game misconduct.

Third Period:
The final frame was full of aggression and strong goaltending. Rask battled to keep Boston tied at zero as it was clear that the Stars were the better team. Although, Dallas was not generating the chances that they wanted. However, the best part of the third was when both clubs fought at center ice and Roman Polak threw some uppercuts at Torey Krug. But, at this point, there was no doubt that the first goal was going to win this game. As the third period went on, both teams became desperate and tried any attempt to put one in the net. And if it wasn’t for some quick reflexes by both Rask and Bishop then this game could have ended earlier.

Overtime:
For the second time against the Bruins, the Stars went to overtime. However, this time it was Boston that was lucky to steal a point. There are certain players in the NHL that tend to shine when the game is on the line. Now out of the four times that the Stars have gone to overtime, Jason Dickinson has both game-winning goals for Dallas. In overtime, Mattias Janmark took an errant pass in his zone and sped down the ice with Dickinson on a two-on-one. Janmark then slapped one off the body of Rask, then whacked at the the rebound just enough for Dickinson to be able to tip it in past Rask for the win.

Recap:
The Stars played well in their homestand, going 2-1-1. Now they must return to their strong road form as six out of the next seven games in November are on the road. Luckily, Jason Dickinson has emerged as the dependable fourth line center that the Stars have been searching for. This team is performing well based on their injuries and that shows the strong locker room bond that these players have. Not many teams can lose a number one defenceman, a top line winger, and half their d-core and still be in a playoff spot within the western conference.

What’s Next:
The Stars go on the road to the big apple to play back-to-back games against the Islanders and the Rangers.