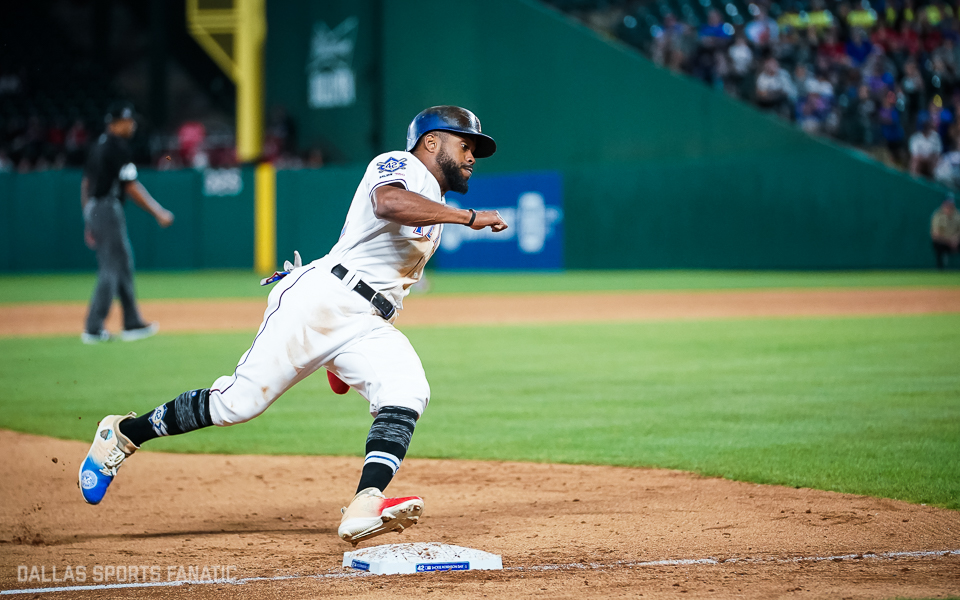 Did the Rangers make the right move with demoting Delino DeShields to Triple-A?

Did the Rangers make the right move with demoting Delino DeShields to Triple-A?

The beginning of this week called for a tough decision to be made by GM Jon Daniels and the Ranger’s organization. The demotion of Delino DeShields was that decision and it has shocked many Ranger fans, to say the least.

Delino DeShields has been optioned to Triple A Nashville. Shocking. Puts Gallo in CF pretty regularly

The speedster was optioned to AAA Nashville to make room for what will be Ronald Guzman. The first baseman is set to return Thursday after seeing the IL for nearly a month due to a right hamstring strain.

For the second time in the last four years, the Rangers option their only true center fielder. Delino has been consistently bad at the plate for a while now by hitting just .182 (.321 OBP) through his first 30 games of the season. If he could find out how to get on base more, the Rangers would win more games. When Delino scores a run, the Rangers are 142-52 all-time and 7-3 this season. It’s evident that he’s a crucial part of this team when it comes to base-running and his overall work ethic.

“Delino is a valuable player, he’s a big-leaguer,” Rangers GM Jon Daniels said. “At this point in time, we are choosing to keep a deeper bullpen and didn’t want to cut ties permanently with anyone. We expect Delino will play every day in Nashville, get himself going, and be ready to help us again this year.”

At the beginning of the week the speculation was that one of these three scenarios would happen to make room for Guz:

Is Odor slated for splitting time with Santana/Forsythe? Will we see Santana in the outfield? Is well-deserved, Hunter Pence our everyday left fielder? It seems as if Gallo has the CF spot locked in, even though he has never started back-to-back games in that position. Either way, there’s another solidified reason for the Rangers decision to option Delino down and we may never know. We can speculate all day.

If it matters to anyone else, I am glad they didn’t go to a seven-man bullpen. The pitching staff needs all the help they can get.

In other news, how about Mr. Gallo? On Wednesday, with his 12th home run, Gallo marks as the third fastest in MLB history to that feat. Also, he was solidified as the first player ever to reach 100 home runs before he hit 100 singles. Go hard or go home, Joey!

For now, we’ll miss the blue hair running the bases at 25 mph. Be back soon, Delino!

Pretty cool moment, courtesy of @LinoDeShields and one of the cutest kids on the planet. pic.twitter.com/shPBd6ucYj