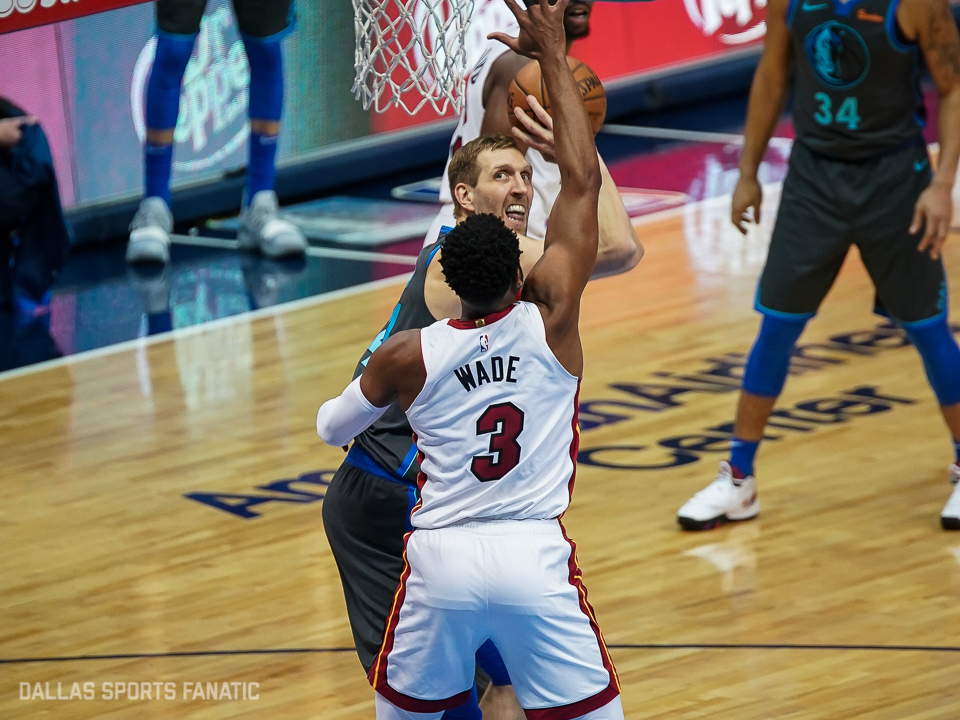 The Mavericks lost an exciting back and forth game against the Kings 125-121 on Tuesday. After another loss and another triple-double for Luka, the Mavs now head to Miami to face off against the Heat. With only eight games left on the schedule, Dallas is playing for mainly just playing for pride. This will be the last time Dirk and Wade lead their respective teams against each other. But there are a few other storylines to watch out for tonight as well.

Two of the most decorated international players and reigning Euro champions will be on the floor tonight. Of course, we all know Luka and his Slovenian background and journey to playing with the Mavericks. But before the “Wonder Boy” stepped onto an NBA court, Luka was being groomed by fellow Slovenian and Real Madrid teammate Goran Dragic.

Dragic has carved out a respectable career in the league and was even named an All-Star reserve last year. He has been battling injuries most of the season and was unable to play when Miami visited Dallas earlier this year. He has been mentioned as a potential free agent target for the Mavericks who might want to reunite the Slovenian duo in Dallas.

He has been a mentor and longtime supporter for Luka both in Europe and the NBA. Goran has been singing praises for his young padawan for years as he has seen him grow up while playing with Doncic’s father. Dragic even spoke of him being ready to take on the NBA and how his skill set is perfect for today’s game. Luka loved playing with him and has spoken very highly of the impact Goran has had on him.

Not much was made about the Mavericks offseason signing of Australian player Ryan Broekoff. He was the Australian leagues best three-point shooter and was brought in to fill the holes left by McDermott and Seth Curry. He has never got the playing time that he might actually deserve and he looked rocky early on this season but has found his groove as of late.

In the last three games, he has averaged 13.6 points while shooting an astonishing 58% from the long distance. This is exactly what the Mavs envisioned his impact could be when they signed him. With the league becoming so heavily perimeter based, a team can never have too many shooters.

With the season coming to an end, players like Broekhoff are playing for minutes next season and even fighting to prove they should be on the squad. If he can show his consistency as a three-point specialist, the Mavs will have to strongly consider making sure he has a bigger role next year.