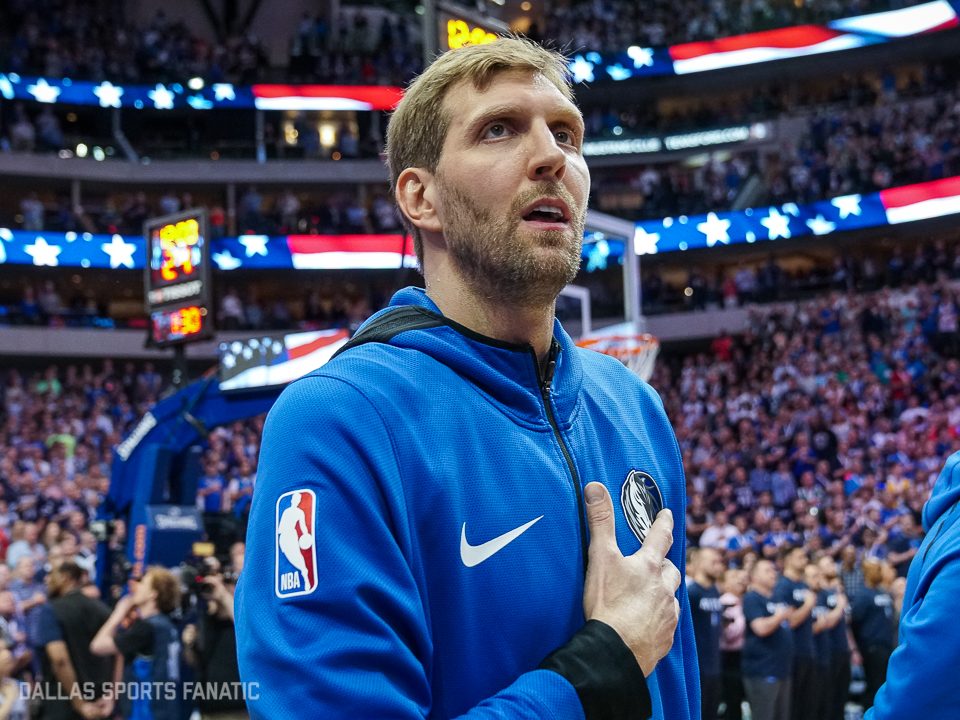 Dirk Nowitzki returns to Mavericks as special advisor to the franchise

Dirk Nowitzki returns to Mavericks as special advisor to the franchise

Finally, some positive news for the Mavericks.

“Mark Cuban approached me about a role as special advisor and I am happy to support my Mavs,” said Nowitzki. “Donnie Nelson and Rick Carlisle were both mentors and played huge roles in my career and the success of this franchise, and I am going to miss them.”

The Dallas Mavericks announced today that Dirk Nowitzki will serve as a special advisor to the franchise.

Nowitzki will assist with the hiring of both a general manager and head coach and consult on other front office decisions. pic.twitter.com/V7v6fOp5dj

The Mavericks and President of Basketball Operations Donnie Nelson agreed to mutually part ways on Monday followed by Rick Carlisle stepping down as head coach yesterday.

Per Tim MacMahon of ESPN, Nowitzki will join Cuban, Michael Finley, and other trusted members of the franchise during this search. Finley, who currently serves as VP of Basketball Ops, is considered to be a front runner for Nelson’s vacancy.

There’s no better PR move that Cuban and company can make after such a tumultuous week than bringing back the cornerstone of your franchise for 22 seasons. When Dirk speaks, you listen.

“It is important for me now to join Mark and contribute as much as I can as we move forward.”