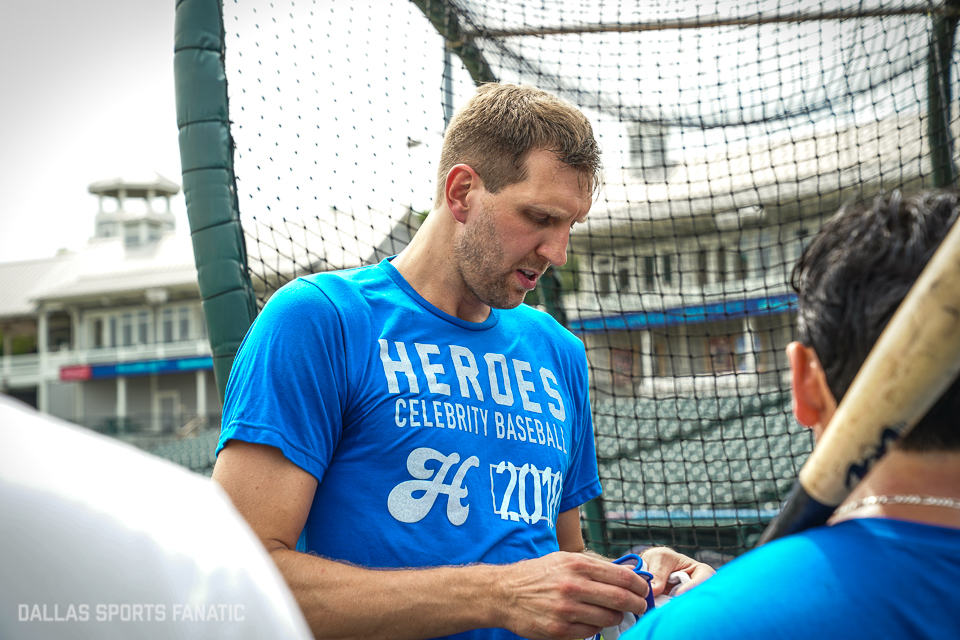 Thursday’s festivities included batting practice for Mavs players and celebrities as well as open session for the media. Nowitzki addressed all media members at the beginning of batting practice. He took questions from reporters in regards to the game itself, its participants, as well as answering a question about his retirement.

Per Dallas Sports Fanatic’s Michael Lark, Nowitzki mentioned at his press conference that he is not 100 percent sure that he will retire at the end of next season. This upcoming season will be his 21st, the most for any NBA player with one team. Mavs fans of old and young surely wouldn’t mind seeing Nowitzki make it 22 if he feels like he can contribute at a high level.

Dirk Nowitzki at press conference for his annual celebrity game he’s not 100% sure he will retire at the end of next season.

The game will take place on Friday and is almost sold out. Tickets are available online at the www.dnfoundation.org. Friday’s schedule starts off with The Heroes Special Olympics All-Star Softball Game at 5:00 pm. The 2018 Dirk Nowitzki’s Heroes Celebrity Baseball game will then proceed, starting at 7:00 pm. There will be fireworks and opportunities for fans to get autographs after the seven-inning game ends. This is the 7th annual game that Dirk has hosted after taking over for Dallas Stars legend Mike Modano. The complete list of athletes and celebrities participating is below. 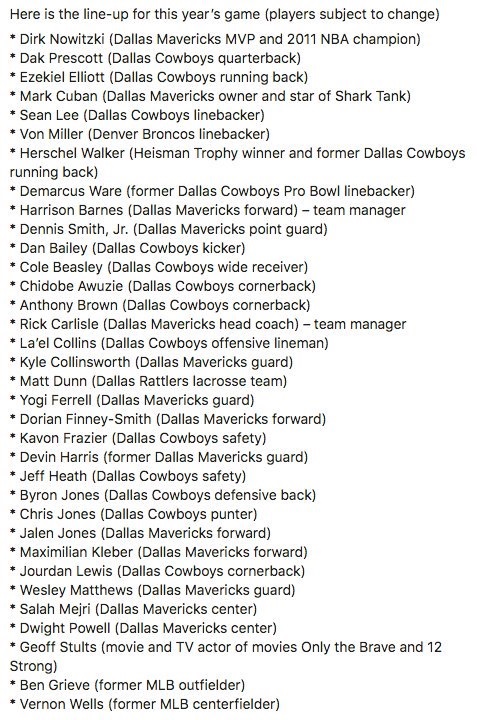