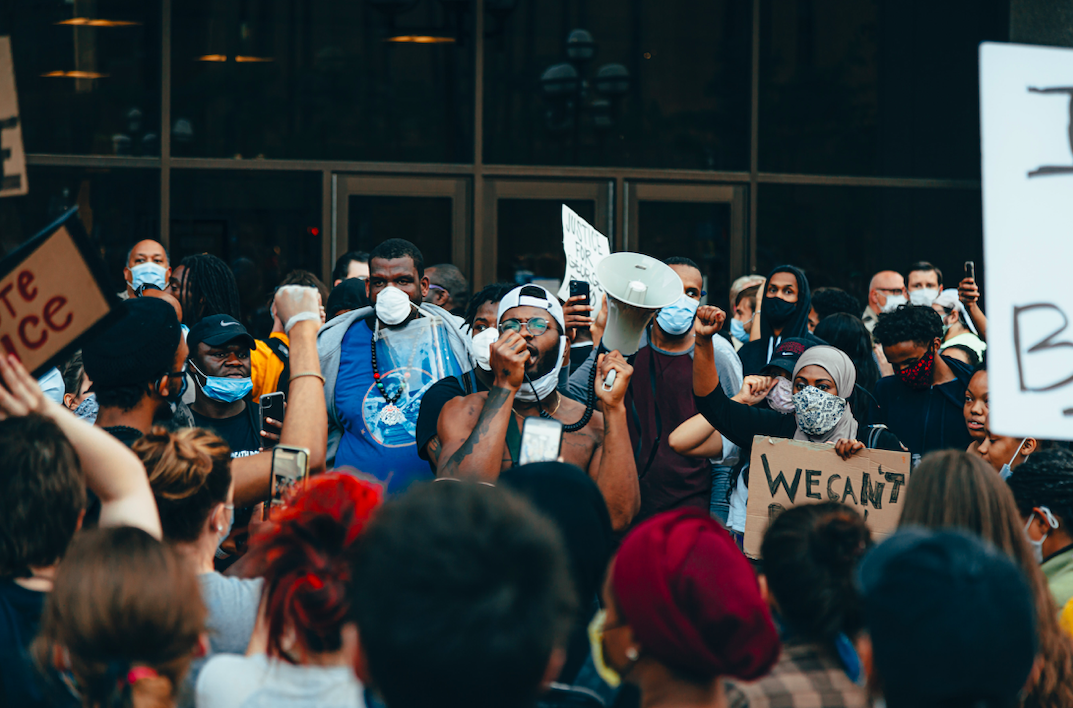 Discrimination – Just Because You Don’t See It, Doesn’t Mean It Isn’t There

Discrimination – Just Because You Don’t See It, Doesn’t Mean It Isn’t There

I haven’t shared this openly on a social media platform before, but after seeing someone else share their experiences, I wanted to share in hopes it would help someone else. The stories below are as I remember them and memory is always flawed, but I have recounted them accurately to the best of my knowledge. For many years during my childhood I lived in a small town in Southeast Missouri. My family moved there for a great job my mother was offered at the regional hospital. I was quite young, but loved being raised on a farm with horses and all the animals I could ever want.

As a child, I was raised to treat all people equally regardless of their ethnicity, gender, religious affiliation etc. I didn’t know how segregated this city and the state truly were until after I left. Growing up, I had people of various backgrounds at my house. We hosted international basketball players from the local community college, Three Rivers Community College, at our home for holidays and breaks when they couldn’t fly home to be with their families. We hosted players from Panama, the Netherlands, and Nigeria. These guys were like my BIG brothers and they were so much fun to hang around. I didn’t recognize how tough it must have been for them to be in this town and now I understand why they spent so much time with me and my family. Not only were they treated like family, they were also safe and protected on our farm.

Each Sunday my family switched going back and forth between two churches. At the time, I thought it was perfectly normal to go to do this, but soon realized we were one of the only families to do this. One Sunday I would be in a church made up of mostly White and the next Sunday I would be in a church that was mostly Black. As a child, I didn’t understand the strong segregation happening right beneath my nose. I was afforded the privilege to attend whichever church I wanted, but I didn’t realize this privilege.

We then moved after ten years to a different state and time went on. I didn’t truly grasp the significance of the disparity even as I went to college. It wasn’t until I started dating a Black man who was a football player at the school that I started to grasp the racism I never truly saw before. While my school, like many in the South, praised our football team on the field, there was stark racism against the Black players off the field. I had people call me unspeakable names because I was dating this man. He was called horrendous things and it was normalized. I remember broaching this subject with him and I was irate people would treat him this way when they “praised” him on the field. He told me I shouldn’t worry about it and people who are horrible will always be horrible. It absolutely broke my heart. I want to note there were great people at this school who were kind to all and didn’t participate in this discrimination and I am blessed to have seen selfless acts of kindness and leadership while attending the university as well.

After that I made it known I wouldn’t tolerate those disgusting things being said about me or him. I also, however, developed a tough skin and some of my ability to see good in people was lost. At the time, however, I was young and didn’t know what I could do to start a change, so I didn’t do much on a large scale, but rather tried to make sure those around me were kind. I made mistakes, I was guilty of micro-aggressions as well. At the time I didn’t realize this and am still trying to learn and grow so I don’t perpetuate the systemic racism I am starting to see clearer and clearer each day.

The next time I remember seeing an overt act of racism and discrimination was as a young lawyer. I am sure there were more I didn’t recognize, but this one stood out. The head attorney was looking to hire an attorney to add to our team. He finally landed on an attorney he wanted to hire and she accepted. I was in his office asking about my new colleague and he mentioned she was a female. He then told me one of the reasons the employees in the company didn’t respect me was because I was a woman. And he then proceeded to tell me this new hire would have it even harder because she was a Black woman and the employees at the company on average didn’t like Black people. My jaw almost fell off my face. He then said it could be worse, she could be a lesbian, Muslim. I felt like a freight train hit me in the chest. I didn’t know what to do or say, so I left and went back to my office.

At that point I felt the need to protect the other women in the legal department and especially this new hire. I became truly invested in her success and tried to lend a hand where I could. It also came to my attention, after we became closer that her salary was much lower than mine even though she had the same experience coming into the company as I had. This made us both upset. I started to see when/if other employees within the company had raises and saw the timeframe for the legal department seemed to be different. I reached out to one of our legal support staff and found she hadn’t been given a raise in her 10 years at the company and women hadn’t been given raises in the legal department at all as far as I could tell. I reached out to HR and went over the disparity and they gave me the run around and said women in the company do receive raises. Then I went over how the legal department had not and it seemed to be inequality within the department. I tried to bring it along with other improprieties up with our CEO since the head of the legal department was in on some of these issues, but my meeting with the CEO was canceled once the head of legal heard I had a meeting. To say the least, it was a very difficult situation. A week or so later, I received a lump sum payment in my account. I thought this was a mistake because I received no notification what it was for. The head of HR told me it was for me to keep and next time he would explain if I received a raise or bonus. I portioned out part of it to the other two females in the department to try to fight some of the disparity.

I was a young attorney and didn’t know what to do, but knew I couldn’t be in this company anymore so I resigned. I urged my colleagues to continue to fight for themselves, but understood they both heavily relied on their jobs as their sole source of income. If the HR department and head of legal aren’t to be trusted and the CEO doesn’t have a moral compass, what are you to do?

The EEOC, Texas Workforce Commission, and the State Bar of Texas are great resources, but sometimes they can’t truly help you with the issues you face because the burden of proof is so high. It is like being stuck between a rock and a hard place. I have learned that for change to occur in these areas, people need to band together to stop it. Staying silent on these issues won’t lead to change, so talk about it with those around you or talk about it on a larger scale. The point is to talk about it and do something about it. Talk without action produces no change.

I am still navigating how to speak out about these issues without having companies see me as “problematic” or “abrasive”. It is difficult to work on these issues alone and I am starting to see the importance of having a strong circle of people around me to advise on these situations. My mentors have helped me along the way with understanding how to handle some of these issues, but I am still learning how to work through these problems as they arise.

Have you dealt with issues the same or similar to what I recounted above? How did you handle them? Do you have any advice?