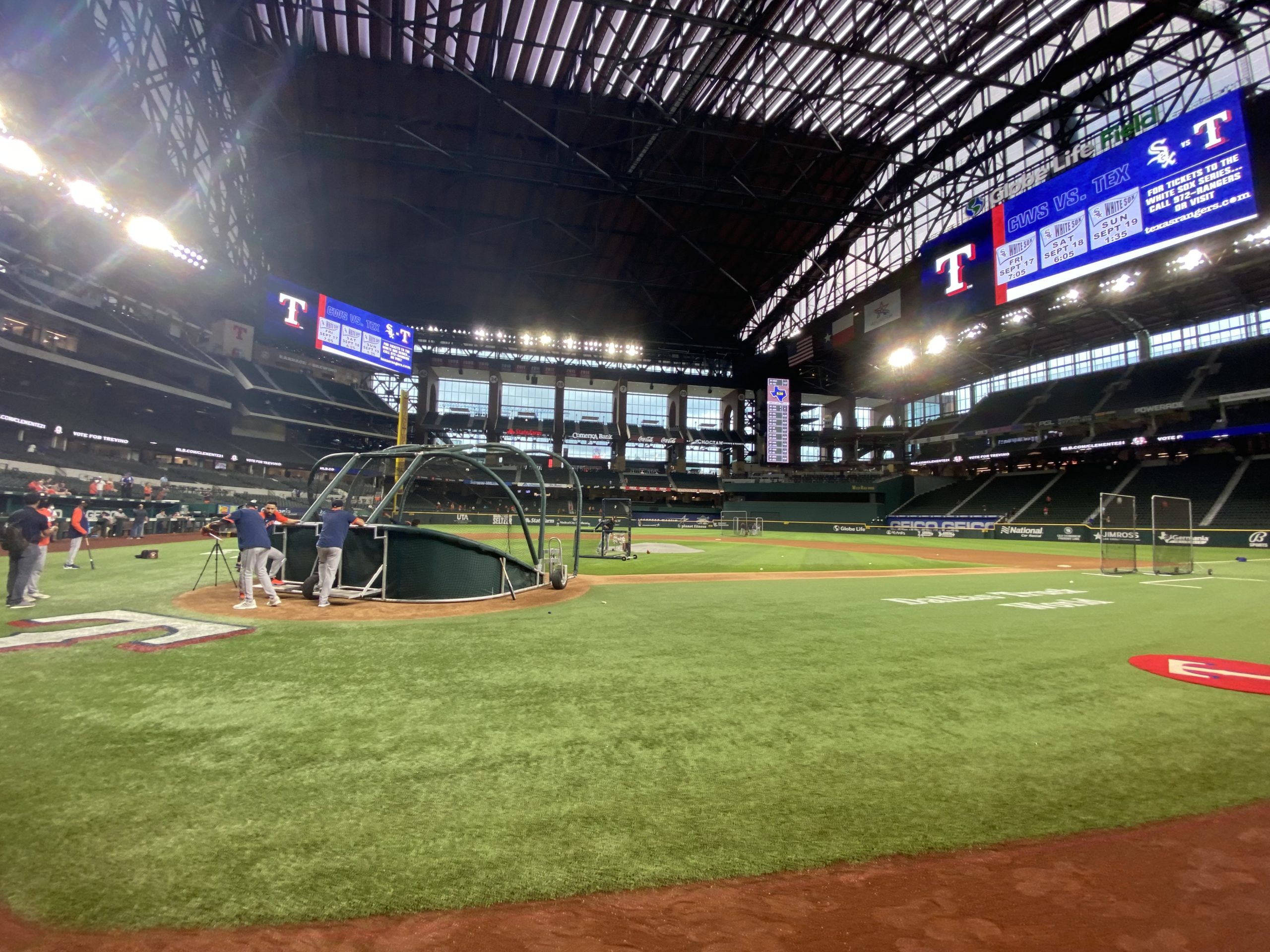 Do Hunter Renfroe’s COVID testing comments bring up any questions with the Rangers?

Do Hunter Renfroe’s COVID testing comments bring up any questions with the Rangers?

Last week, you may have heard an interview that surfaced on Twitter. On Merloni & Fauria’s Twitter page on September 9th, they posted a video interviewing Red Sox outfielder Hunter Renfroe, who discussed the Red Sox COVID-19 outbreak. The video posted showed Renfroe saying that MLB told the Boston Red Sox to stop testing. The hosts confirmed that’s what Hunter said, and Renfroe confirmed. Meanwhile, the Rangers COVID-19 outbreak happened a little earlier than the Red Sox, which led me to ask the team what exactly happened. Did MLB tell the Rangers to stop testing?

"MLB basically told us to stop the testing and just treat the symptoms. We're like "No. We're gonna figure out what's going and keep this thing under control.""@LouMerloni: MLB asked you to stop testing?

“MLB didn’t tell us anything,” a Rangers player told me. “We were having guys going down left and right. [MLB was] really on us about being cautious.” The Rangers announced before the first game in Boston that Charlie Culberson went to the COVID-19 IL. Following Monday’s game (Sunday’s game got postponed), three more players went to the COVID-19 IL, and three additional players went to the IL before Tuesday’s game. The player told me that after the Red Sox victory (Saturday), the team held a meeting saying that they needed everyone to wear masks to contain the virus, but there was no mention of MLB. It was a team decision.

I talked to the Rangers’ General Manager, Chris Young. He stated that the experience the Rangers had was opposite of what Renfroe mentioned last week on Boston radio regarding the Red Sox. “We tested everybody frequently if not every day,” Young said. “We consulted with MLB on every decision as we were going through it.” According to Young, it was the direction MLB wanted the Rangers to take. Now there’s the chance that management relayed the messages to the players without mentioning MLB’s name to it, thus, why the player didn’t hear anything regarding Major League Baseball’s direction (happens all the time with big corporations).

Ryan Dorow and Hyeon-Jong Yang are heading to Cleveland. #Rangers

Jake Latz and Jordan Lyles are slated to start in the Indians' series along with Taylor Hearn tonight.

Also: Dunning and Howard are being further evaluated while Heim is on the COVID IL #StraightUpTX https://t.co/lD1vFavcK7

Also, regarding testing protocols, if a player is vaccinated, they don’t have to test. “We tested everybody to be sure, and after that, we went normal,” Rangers manager Chris Woodward told me. “If there were symptoms, we tested guys. Everybody has the option to test if they want to. [If] guys didn’t have symptoms, we didn’t force them to test.” It’s the typical mindset throughout any business or organization nowadays with the COVID-19 vaccine. The bottom line is, MLB did not tell the Rangers to stop testing.

Let me make one thing clear. I’m not trying to discredit Hunter Renfroe or the Red Sox organization. I’m not saying Renfroe lied in the radio interview. MLB may have told the Red Sox to stop testing but not giving the same direction to the Rangers for whatever reason. Also, it could be the information passed to Renfroe wasn’t accurate or he misinterpreted, especially with all of the specific protocols; it’s understandable. Texas got Brock Holt and Drew Anderson back from the COVID-19 IL Tuesday, while Mike Foltynewicz should be off the IL soon. Once the Rangers reinstate Folty, all seven players that went to the COVID-IL are off, and the Rangers (knock on wood) have a goose egg on the COVID-19 injured list.