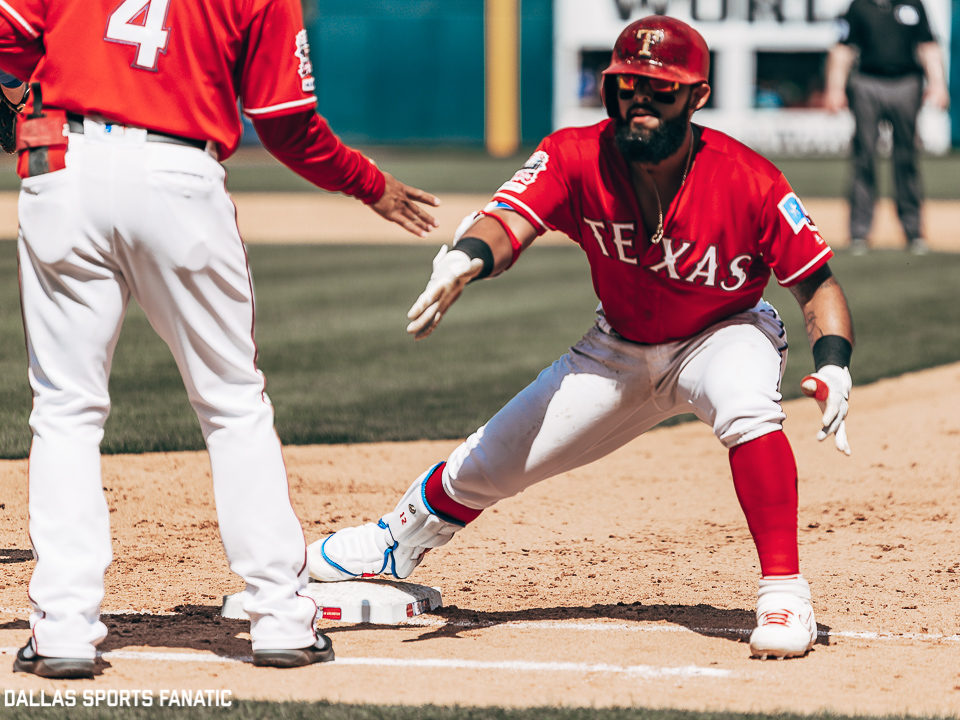 Do the Rangers secretly have a new plan at second base?

Do the Rangers secretly have a new plan at second base?

Ever since Ian Kinsler was traded to the Detroit Tigers back in November 2013, the Texas Rangers have transitioned to Rougned Odor as their everyday second baseman.

Keep in mind, there’s a lot of emphasis on the word, “transitioned.”

Now, sitting here nearly seven years later, it seems as if we are in the same position. What are the Rangers going to do at second base?

Every year since, fans have had optimism that this would be the year that Odor takes the step forward of being that star second baseman that Kinsler once was year-in and year-out. Odor has all of the tools to take that next step. He’s great defensively with fielding and throwing on and off the bag. At the plate, he has that natural power that doesn’t come with a second baseman very often. Can develop the patience and a flat swing to make solid contact on a more consistent basis? Well, we still don’t know.

So far this year, Odor is batting .130 with a .200 OBP and an OPS of .417. I guarantee you that’s not how he wanted to start this shortened season. His totals consist of six hits, one home run, four RBIs and four runs with a total of 46 at-bats. He also is second on the team with 17 strikeouts.

At this point, is manager, Chris Woodward and GM, Jon Daniels about ready to move on? There are a number of things that could indicate that being the case. Here are a few of them:

Chris Woodward is the manager now, not Jeff Banister

When Ian Kinsler was traded for Prince Fielder, Ron Washington was still the manager of the Rangers. It wasn’t until late in the 2014 season that he resigned and Jeff Banister was hired a month later. That same season was Rougned Odor’s rookie season where he appeared in 114 games. Washington was credited for his call-up, and Banister ran with it. He brought out the best in Odor in his second, third and fourth seasons in the majors. Every season under Banister’s leadership, Odor saw the field more and more. In his fourth season in 2017, he played all 162 games. To say Banister didn’t like him would not be true at all. He was a plug-and-play kind of player.

What am I getting to? Well, Chris Woodward is here now and in the middle of his second season as manager. So far, he has stuck with Odor at second and looks to be bought into his talent. So far.

There have been a few signs that point to that no longer being the case, and they both have happened within the last year. Woodward just might be looking for alternative options even if he won’t admit to it.

The Rangers signed second baseman, Derek Dietrich, to a minor league deal on Monday. He has since been called up and already made his Rangers debut on Wednesday. Here’s what Woodward had to say pregame.

“I wanted to get Rougie out, just for his peace of mind, honestly, so he can kind of have a couple days to work through some things. If Dietrich comes in here and hits the ground running and has four great at-bats tonight, I’m going to find a way to play him and I don’t know where that’s going to be. If Rougie continues to struggle, maybe that’s an option, but I’m not looking that far ahead. I just want to see what we got today.”

Dietrich has as many hits tonight as Odor has on this homestand.

Well, he had four great at-bats. Dietrich went 3-3 with a hit-by-pitch, two runs scored and a stolen base. Additionally, he was the fuel to the comeback win Wednesday night, beyond what the statistics tell you. Not only did Dietrich come in and have four great at-bats, but he was also the player of the game in his debut.

In the meantime, here’s a start to your research on getting to know Derek Dietrich:

Now let’s go back to last year when the Rangers acquired Nick Solak under Woodward’s tenure. It was a lackluster deal (at the time) with the Tampa Bay Rays in which we did an even one-for-one swap with the Tampa Bay Rays RHP Peter Fairbanks. One that we all shrugged off, but shouldn’t have. Maybe Woodward, Daniels and co. had and continue to have an ulterior motive.

Solak’s MLB debut came nearly a year ago when we recorded his first hit, a home run and walk-off hit in the bottom of the 11th to give the Rangers a 3-2 win over the Angels. Now, he sits as the (almost) everyday center-fielder with a batting line of .311 BA, .382 OBP, .443 SLG and .825 OPS, which by the way, is far better than Rougned Odor at the moment. For the record, technically Solak’s natural position is at second base which he has been playing since his days at the University of Louisville.

I don’t know about you, but could the Rangers front office have new plans for the everyday second baseman? At this point is (going on seven) years too long for Jon Daniels and the continued development of Odor? I want to remain optimistic for the 26-year-old, but there are so many signs pointing towards him heading out the door.

For now, we’ll continue to sit back, be grateful that there are sports on the screen, and see what Woodward does with all of these potential options at second base.