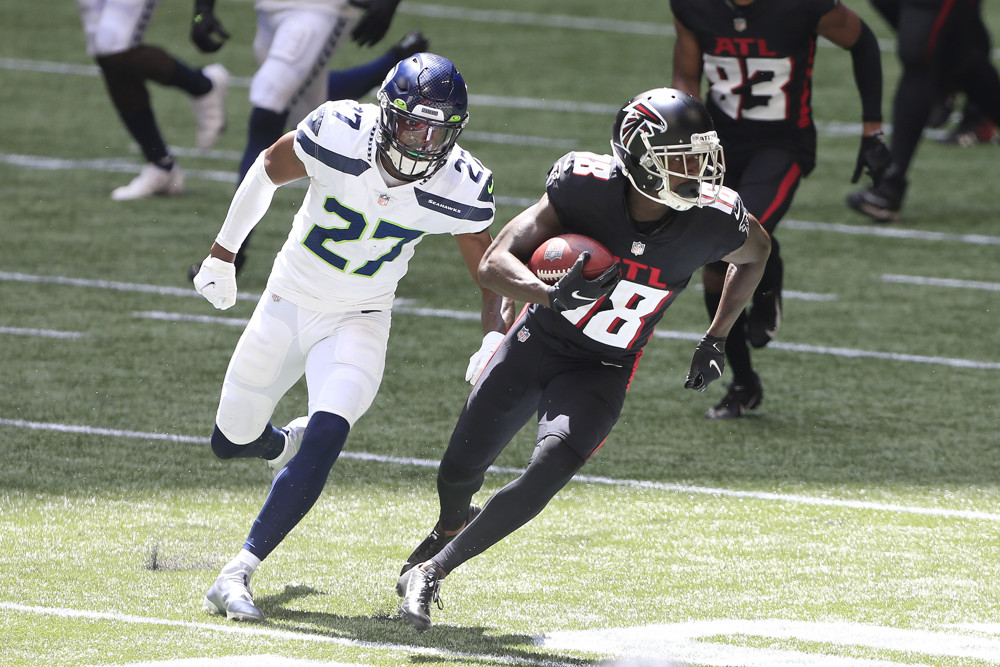 DSF Players to Watch: Which Falcons should Dallas watch out for?

DSF Players to Watch: Which Falcons should Dallas watch out for?

The Dallas Cowboys take on the Atlanta Falcons at AT&T Stadium this Sunday in a game where both teams are desperately looking to keep from starting the season 0-2. This could very easily turn into a shootout as two very talented offenses are going up against defenses who each gave up over 400 yards of total offense in week one. The Cowboys won their last confrontation with this team 22-19 in week 11 of 2018.

After what was honestly a disappointing showing from the offense in week one, I am looking for the Cowboys to hopefully score more than just 17 points and show us the offense that we all have been hyping up all offseason. Defensively, I would not be surprised to see more of the same from this unit who struggled to find an answer for the Rams last Sunday and now have to deal with stopping an arguably more talented offense in the Falcons. These are the Falcons who I will be keeping a very close eye on this Sunday.

Everyone’s first thought when you talk about the Falcons wide receivers is of Julio Jones or Calvin Ridley, and rightfully so. However, I decided to highlight Gage here because he is the name in that talented receiving core that a majority of fans don’t think about, although he has quietly been pretty consistent for the Falcons. He ended the back half of the 2019 season with at least four receptions in seven out of nine games. He built on that last week against the Seahawks where he had nine catches on 12 targets for 114 yards, easily his best career game and ended up with the exact same amount of targets and catches as both Jones and Ridley.

Anybody in this trio has a chance to have a good game against a Cowboys defense that did not seem to have many answers for the Rams receivers last week. With Matt Ryan clearly no stranger to spreading the ball around, do not be surprised to hear Russell Gage’s name plenty on Sunday.

The Dallas Cowboys allowed 153 yards and two touchdowns on the ground against the Los Angeles Rams. While they did not really break away on any long runs, they were able to consistently get about four yards each carry to keep the chains moving. No Leighton Vander Esch and questionable defensive tackle play bodes well for Gurley, who has not looked the same since his amazing season 2018 but can still be a dangerous running back if you allow him to be. He had a solid week one against Seattle with 56 rushing yards and a touchdown, averaging four yards per carry.

The Falcons did not run nearly as much as the Rams in week one as they were forced to play from behind, if that changes this week and they play with a lead then the Cowboys could have yet another week of struggling to contain a running back.

It was difficult for me to single out just one player here as the whole unit was able to produce against the Seahawks last week. Grady Jarrett is one of the better defensive tackles in the entire NFL and figures to be lined up primarily against Joe Looney and Connor Williams, who just got punished by Aaron Donald and Michael Brockers on the inside on Sunday night. He was able to bring down Russell Wilson twice in week one, one of which he combined with defensive end Dante Fowler.

Another big name to prepare for is Takkarist McKinley, who had a stellar season opener himself. He had one sack, one TFL, and even a pass deflection. McKinley also led the league with six QB hits in week one. Both he and Fowler should both see snaps across from UDFA tackle Terence Steele, who did not necessarily play bad on Sunday night, but allowed a crucial sack late in the game to another speedy pass rusher in Leonard Floyd.

This game could look even worse than Sunday for the Cowboys blocking wise as LT Tyron Smith was a DNP in practice on Thursday with a neck injury. If he is unable to play it would likely leave Brandon Knight, yet another UDFA from 2019, to play in his spot which could give Cowboys fans a painful reminder of what happened the last time Tyron Smith was out for a game against the Falcons in 2017.