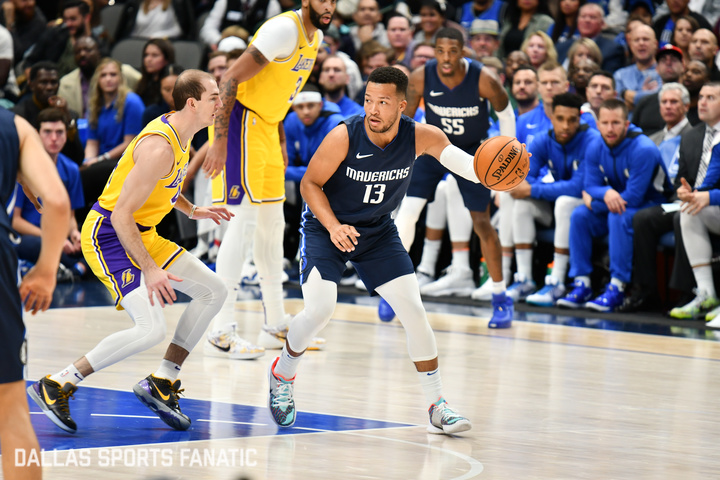 DSF staff makes their NBA predictions for the 2020-2021 season

DSF staff makes their NBA predictions for the 2020-2021 season

Just before the start of the the new NBA season on Tuesday night, some of the staff at Dallas Sports Fanatic got together to put their 2020-2021 predictions on paper (web paper).

One team that will surprisingly fall short of expectations
Dylan: Celtics. Adding Tristan Thompson to be the quality big man in the middle they didn’t have last season was a nice addition, but they didn’t really have a great offseason factoring in the loss of Gordon Hayward for nothing and then the news that Kemba Walker is dealing with a significant injury that will keep him out for a while into the season. I think they’re similar to the Nuggets in that they might have experienced a little postseason magic in the bubble because I don’t think they would have a cakewalk in the semi-finals if they had to start the series in Toronto instead of on a neutral court. I don’t think they’re anywhere near a Finals contender with the Nets rising and the Bucks playing with the pressure they do to succeed.

Michael: The Nuggets. Now, not because I think that they’re going to fall off a cliff by any means but I’m basing this on last year’s result, ending up in the WCF. The West is a juggernaut per usual with teams like Dallas, Portland, and Phoenix all looking vastly improved. They lost three of their best defenders this offseason without really adding any replacements besides JaMichael Green. Not that they’ll miss the playoffs or anything like that, I just don’t see them in the WCF again this year.

Reese: I’ll go Denver as well. Quite frankly, I don’t think they’re going to stop anyone. They lost their two best defenders on the wing in Jerami Grant and Torrey Craig, as well as a quality backup in Mason Plumlee. They’re betting on some unproven guys in Michael Porter Jr. & Bol Bol to fill those roles, and while they might be able to, the defense still takes a major hit. They’re still a great team, maybe the third best team out West, but they’re going to have to win a shootout every night, and that’s not always a recipe for success.

One team that will greatly exceed expectations
Dylan: Jazz. Besides the big extensions for their duo of Donovan Mitchell and Rudy Gobert, Utah didn’t have the noisiest offseason. Bringing back Derrick Favors is certainly getting a lot of positive buzz nationally after how he performed in New Orleans last season, but the fact that Bojan Bogdanovic missed all of the bubble was easy to forget. Also, surely Mike Conley has to be better this season with lowered expectations, right? I think they could win the Northwest division, meaningless overall but important in that they’d have the best record of the touted trio of them, Portland and Denver. They weathered the Gobert/Mitchell breakup storm that was brewing earlier this year and now I think they’re ready to take a big step in the loaded West.

Michael: I’m all in on the Blazers this season. The wing additions they made this offseason in Robert Covington and Derrick Jones Jr. as well as retaining their other FA’s has me loving their roster on chemistry and versatility standpoint. With Dame and CJ at the head of the snake now with some wing depth can make some noise in the West, though all depending on the health and sustainability of Nurkic and Collins.

Reese: Like Mulf I gotta go Portland. They checked a couple of boxes in the offseason with the additions of Covington & Derrick Jones Jr. and are getting arguably their a second best player back from injury in Nurkic. Dame also keeps one upping himself every year, which I think translates to his first MVP award. In the postseason I still think Portland has some of the same problems they did previously, but this is a well-balanced roster that will stack up Ws in the regular season and push for a WCF spot.