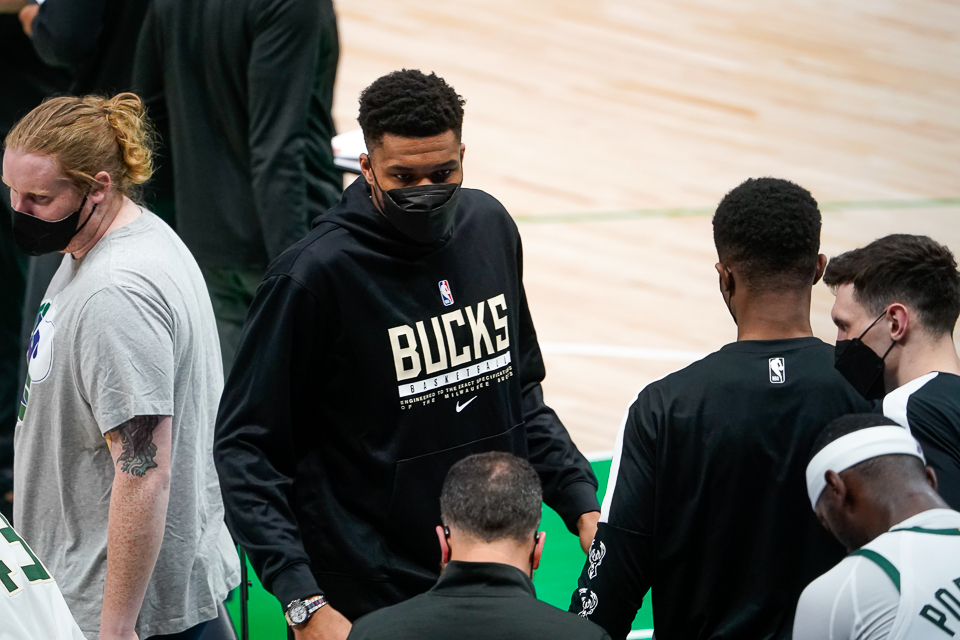 DSF Staff NBA preview and predictions for the 2021-2022 season

DSF Staff NBA preview and predictions for the 2021-2022 season

The NBA season is back starting Tuesday night and the league is as intriguing as ever. While there are title favorites like the Los Angeles Lakers, Brooklyn Nets or defending champion Milwaukee Bucks, there certainly seems to be a bit of an open feel across the league that adds a major level of excitement this season.

The DSF staff got together to make some predictions prior to the season tipping off tonight. The participants:

What is one team around league that you feel will pleasantly surprise most people and one that will be disappointing based on their preseason expectations?
Corey: For the most surprising team, give me the Los Angeles Clippers. I think many people are writing them off because Kawhi Leonard is going to miss the majority of the season. But the team showed in the postseason that it can function without him. Most disappointing team, I see the Philadelphia 76ers. They were the number one seed in the East last season and with the Ben Simmons saga, I don’t see them being able to maintain that level of play.

Darien: I believe the Chicago Bulls will pleasantly surprise and get into the playoffs. With the additions they made in the off-season, they look primed to have a great regular season in a fragile Eastern Conference. As for a disappointing team, I think it will be the Phoenix Suns. Look, they caught fire when the time was right last season and had a fantastic run. I think it’s safe to say I was not the only one surprised by them. However, this year, with the awkward contract talks surrounding DeAndre Ayton and the year-older (injury plagued) Chris Paul, I don’t think they can get close to the success they had last year.

Dylan: Give me the Indiana Pacers as a team that can make their way into the top six in the East and displace one of the incumbents towards the top of the conference. They have been crazy talented for several years and the addition of Rick Carlisle should help them get to another level. I also think they are primed for a big trade with a lot of talent that could entice a team looking to move a disgruntled star. On the disappointing end, give me Golden State Warriors. I just need to see everyone back before proclaiming them Finals contenders or even worthy of playing on Opening Night against the Lakers. They’ll certainly at least be a play-in team again, but not feeling any big playoff run for Steph and company.

Michael: As weird as it may sound, I think the Minnesota Timberwolves can fight their way into the play-in tournament this year with an All-Star season for KAT and Anthony Edwards taking that next step. For disappointing, I think the Knicks may take a step back after making the playoffs last season. The Eastern Conference got better and I’m not sure the additions of Kemba Walker and Evan Fournier get them over the hump.

Reese: I’m not really sure if being a surprising team means you make the playoffs, but I could definitely see Minnesota being a live dog. Karl-Anthony Towns is probably the most underrated player in the league & Anthony Edwards is a blossoming young star. Sprinkle in solid support pieces with guys like Malik Beasley, D’Angelo Russell, Patrick Beverley, etc… and I think you might have a decent squad. As far as disappointments go, I’ll go with Chicago. They were declared the “winner” of the offseason simply because they were the most active. However I worry about the fit of all their pieces, namely the big three of Lavine-DeRozan-Vucevic. The sum of the talent is high, but offensively it’s certainly a quirky fit and defensively it’s flat out bad. Lonzo & Caruso are solid, but not enough to cover those deficiencies.

Play-in teams for each conference