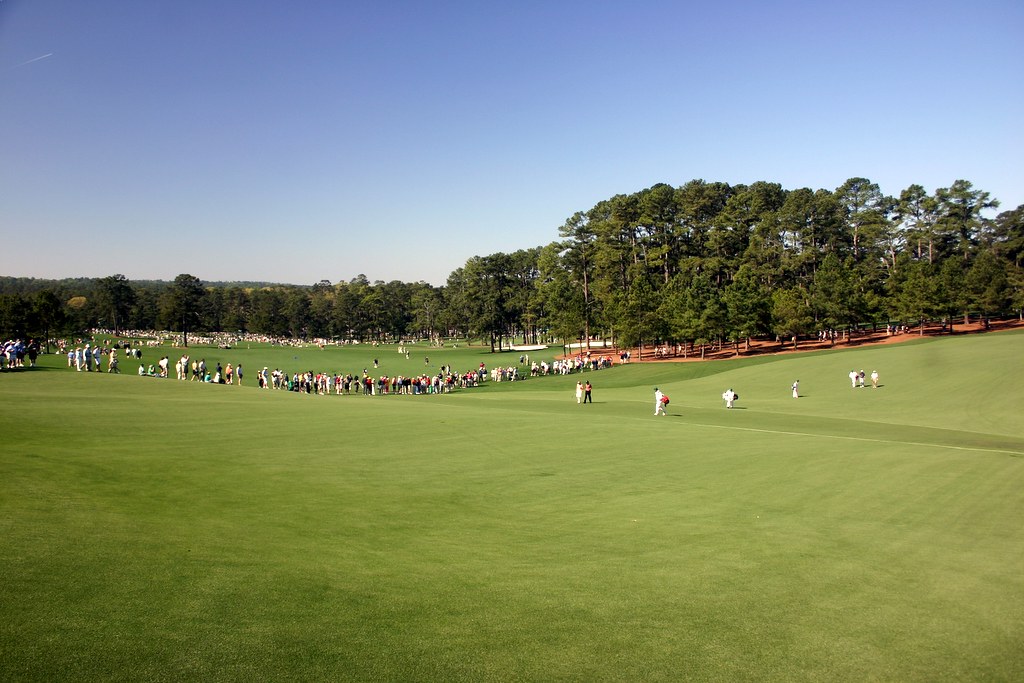 Dustin Johnson is the 2020 Masters champion.  The number one player in the world arrived to Augusta and played the same way he’s been playing for months – brilliantly.

On Thursday, he eagled the second hole of the entire tournament and immediately made his presence known.  He made another five birdies and made golf look as easy as can be.  The man forgot bogeys exist.  In fact, he didn’t make a bogey until the 14th hole on Friday and that was after a string of four straight birdies.

Sunday wasn’t as clean… at the beginning.  While he birdies three, he bogeyed the next two holes, but was able to sandwich that with a birdie.  No damage done despite the fact the the lead was cut to just one stroke.  The door was open for the likes of Cameron Smith, Sungae Im and Abraham Ancer.

Ancer quickly tell off and ended the day well behind where he started.  Tough Sunday for the first time player.  He should take positives off the week, though I’m sure he’s kicking himself for a lackluster Sunday performance.

It was different for Im and Smith.  They played fine rounds of golf, however, they needed perfect round of golf.  When Dustin’s guard was down, both of them were unable to capitalize on a potential shift in the momentum of the round – both making untimely bogeys themselves.  Im on holes six and seven.  Smith on five.  Still, both players had their fair share of excellent shots, Dustin is just built differently.

Pulling birdies out of his hat. 😯

This shot was awesome, but you need perfection to climb a mountain.  He’d be forced to go for green constantly down the stretch and eventually that’s going to bite you.  Still, good showing from Smith who’s always a good sleeper pick going into big weeks.

Johnson, on the other hand, would stop the bleeding at six with a birdie and then not look back.  Birding eight, thirteen, fourteen, and fifteen en route to the Masters’ record, his second major and the elusive Green Jacket.  He’d shoot 68.

Adding the Green Jacket to one of the most impressive resumes in golf history brings Dustin Johnson into a new realm of all-time great golfers.  This win takes him to 24 total which ties him at 26 with Gary Player who hits the ceremonial tee shots with Jack.  Pretty good company.  For Johnson, the criticism has always been his inability to finish in majors outside of the US Open in 2016.  Adding that second major in a time where he is arguably playing the best golf of his career makes you wonder if he’s just now reaching his peak at age 36.

First birdie of the day for DJ.

What else went down in November at Augusta?

Tiger Woods started his title defense is fashion.  Carding a 68 and feeling really good going into Saturday.  Problem was, he peaked on day one.  The greatest of all time showed some wear and tear in the middle rounds leading people to wonder about his health (again).  This climaxed on the infamous par-3 12th hole where he sent the ball to Rae’s Creek not once, not twice but THREE times en route to an unfamiliar 10.  When 10’s are made during your weekend golf round, typically the move is flagging down the beverage cart, ordering multiple shots and resigning to a “fun day on the course.”  However, Tiger is not one of us.  He responded valiantly by making five birdies on his final six holes to get him into red numbers (-1).  He’d laugh off the 10 in his post round interview and remind us how much Tiger has changed over the years.

Oh Jordan where art thou?

Not much to say about this round.  He flirted with par all week before settling at -1.  The most exciting part of his week was rooting for him to even make the cut.  Oh how Jordan has fallen.  I hope Dallas’ favorite golfer can find his game and contend again.  It’s much more fun with Jordan at the top.

The story of the week quickly became how poorly Bryson Dechambeau was playing at Augusta.  He brought that same strategy that worked at Winged Foot only this time is straight up didn’t work.  The guy made four PARS on Friday.  Everything else was either a bogey, triple bogey or birdie.  With Bryson, it will always be boom or bust.  It’s either going to work or not.  Take that into account when picking him – he could either screw you or make you rich.

The highlight of his week was losing a ball he hammered 380 yards down the left round.  He spent his three minutes looking for it before asking the rules official if “it being lost means it’s a lost ball.”  Nice try Bryson, but that doesn’t even work in our Saturday round.

Things you hate to see:

Two days after Bryson Dechambeau said his par for this week was 67, he sits 2 shots below the current cut line thanks to a +4 through 5 holes in the 2nd round pic.twitter.com/ukJYYESGSL

All in all this Masters was one to remember.  The roars of the crowd were absent and the colors were a bit different but the feeling was still there.  The golf course was in perfect condition and served as an injection of happiness in a strange and uncertain time.  Next year, the tournament returns to its original April time slot which means were only five months away from DJ’s title defense!

Man, this was just the best.pic.twitter.com/by7U8PuLF4