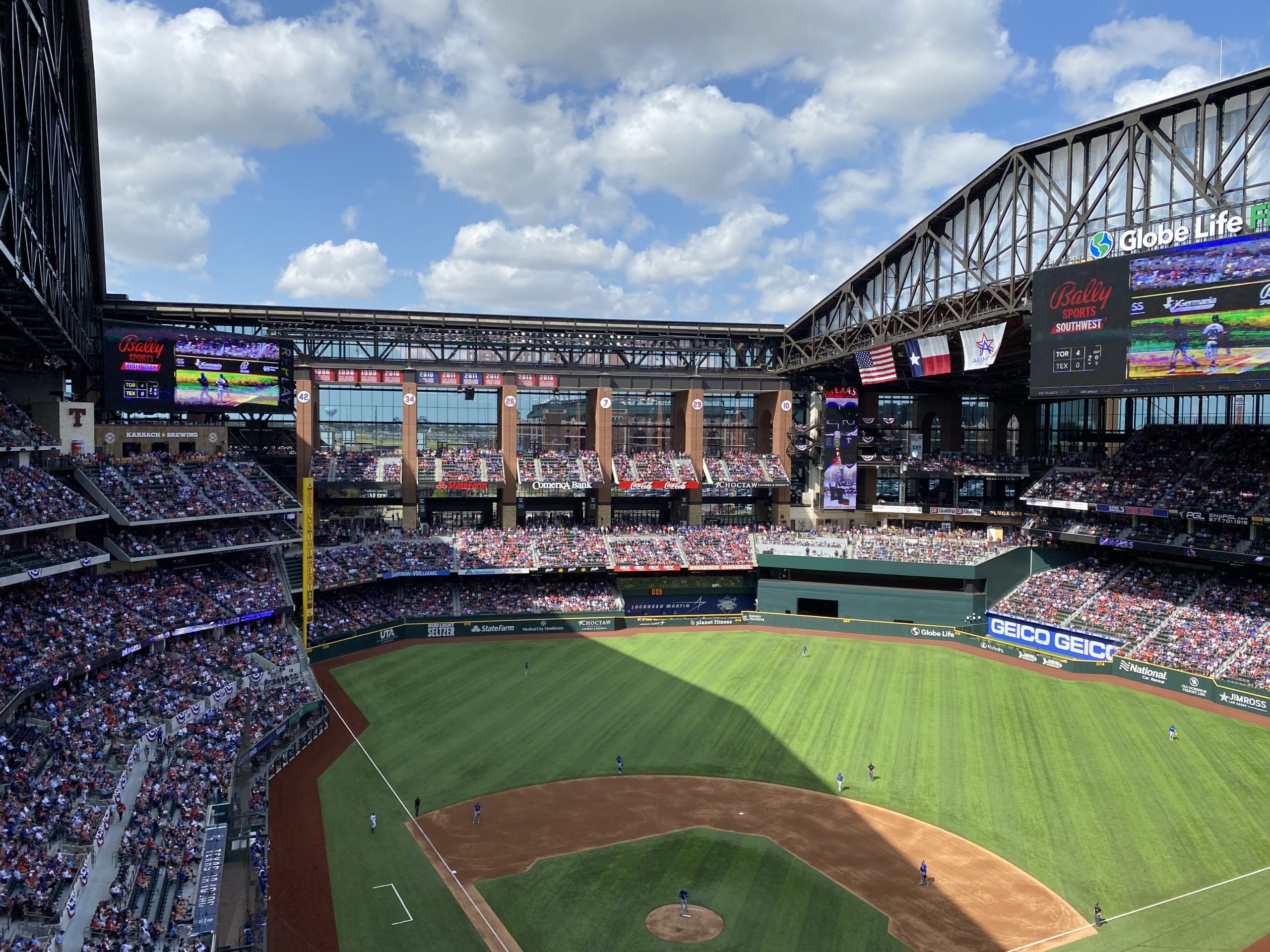 Eight April awards for the first month of the Rangers season

Eight April awards for the first month of the Rangers season

Everyone loves awards, right? Okay, so not everyone, but in this day and age, I feel we should celebrate at any given moment. The Rangers’ April came out somewhat expected on the outside. At 11-16, Texas sits in the cellar of the AL West and oddly with the third-lowest win percentage in the American League (Minnesota and Detroit are lower). The good news is that the Rangers are only five games back of the first-place Oakland, but May becomes a road-heavy schedule for Texas. Sixteen of the club’s twenty-eight games are away from Globe Life Field, considering this club is 6-7 on the road, may not be the worst thing in the world. Yes, the Rangers in April won the same number of road games in thirteen games as they did in 2020, where they played thirty road games.

Nevertheless, I wanted to combine some accolades for the Rangers in April and continue for each month of the 2021 season. Let’s open the envelope and congratulate these eight award winners.

Player of the Month (Kyle Gibson)

The turnaround Kyle Gibson made after a rough first start is unreal. I know Chris Woodward said after Gibson’s last outing Thursday against the Red Sox that this is the guy they expected, but to allow three runs in a span of thirty-three innings is unheard of. “I don’t know what else to say,” Jose Trevino said Thursday. “This dude is doing everything, being a captain, being an ace. I can go on forever about Gibby, but he’s doing his thing.”

Look, guys, I want to be a positive person, but on April 9th, fans watching and attending witnessed a feat that shadowed the San Diego Padres franchise for decades. Joe Musgrove, a San Diego kid, threw a wrench as the only franchise to never throw a no-hitter. It was a special night for San Diego, and to witness it is a treasure that all baseball fans will cherish.

Congratulations to Joe Musgrove, @Padres and the #FriarFaithful It was an honor to to call the 1st no-hitter in Padres history. pic.twitter.com/GQN5qQAoRs

"My son has been begging me for like two months, feels like. He's tried of watching Nick Solak hit home runs so he's kept asking me."

Honestly, guys, this was the HARDEST category to choose from. Due to limited capacities, road game crowds are so much more fun to listen to. That said, I had to go with two winners. After Angels’ pitcher Junior Guerra balked the lady in Anaheim, who screamed “Oh my god!” and “You’re a professional athlete!” was the best, despite numerous Joey Gallo heckling. We had the guy asking Nick Solak how his foot is at Tropicana Field and the fan imitating Rays’ third base coach, Rodney Linares, sending the runner home.

A lot of moments in April especially with fans coming back.

My favorite is this lady in Anaheim after Guerra balked. #StraightUpTx pic.twitter.com/pIEz2wwK8g

The other winner HAS to be the guy in Chicago running onto the field and forcing a security guard to face plant into the left-field pole. He scaled the wall like a mini-Spiderman, and the rest was history. He’s probably still at Cook County jail to this day pondering, “I should have climbed the foul pole.” To quote the great Kevin Harlan, “Pull up your pants, take off your bra and be a man!”

Soooo…. this just happened. Someone just ran onto the field and it’s a game of Chicken. #StraightUpTX #Changethegame #WhiteSox #Rangers pic.twitter.com/KG9iupMUDC

How Mike Zunino’s facial expression isn’t a meme yet, is beyond me.

When you lose your perfect game on a hit batter. #WhiteSox #Indians pic.twitter.com/kcvvGSU4Ud

I have a strong feeling this category monthly will have some stiff competition. I’m hoping I have to search heavily for nominees, but maybe I’ll just be dreaming. I’m still not convinced that Adolis Garcia has five home runs on the season instead of six. While the ball did hit the top of the yellow line, the fact that Garcia was overturned as “out” and some of the other replays that are “inconclusive” makes baseball fans question every review. I mean EVERY review. Maybe the umpires in Chelsea thought it would be an MLB initiation to prevent Garcia’s first home run as an inside-the-parker, or perhaps they just hate fun.

It’s a tradition that Rangers fans are embracing and running with, and well, it’s fun. It makes fans guess who the recipient is, and everyone has their style. Despite Jose Trevino having an edge because he has two nominees, Kohei Arihara barely takes the award. I mean, when Kyle Gibson makes a t-shirt that says “I came from Japan to wear this hat,” it automatically wins, right? I feel like on the outside, Kohei is a mild-mannered and even-keeled individual, but in the clubhouse, he’s a barrel of fun.