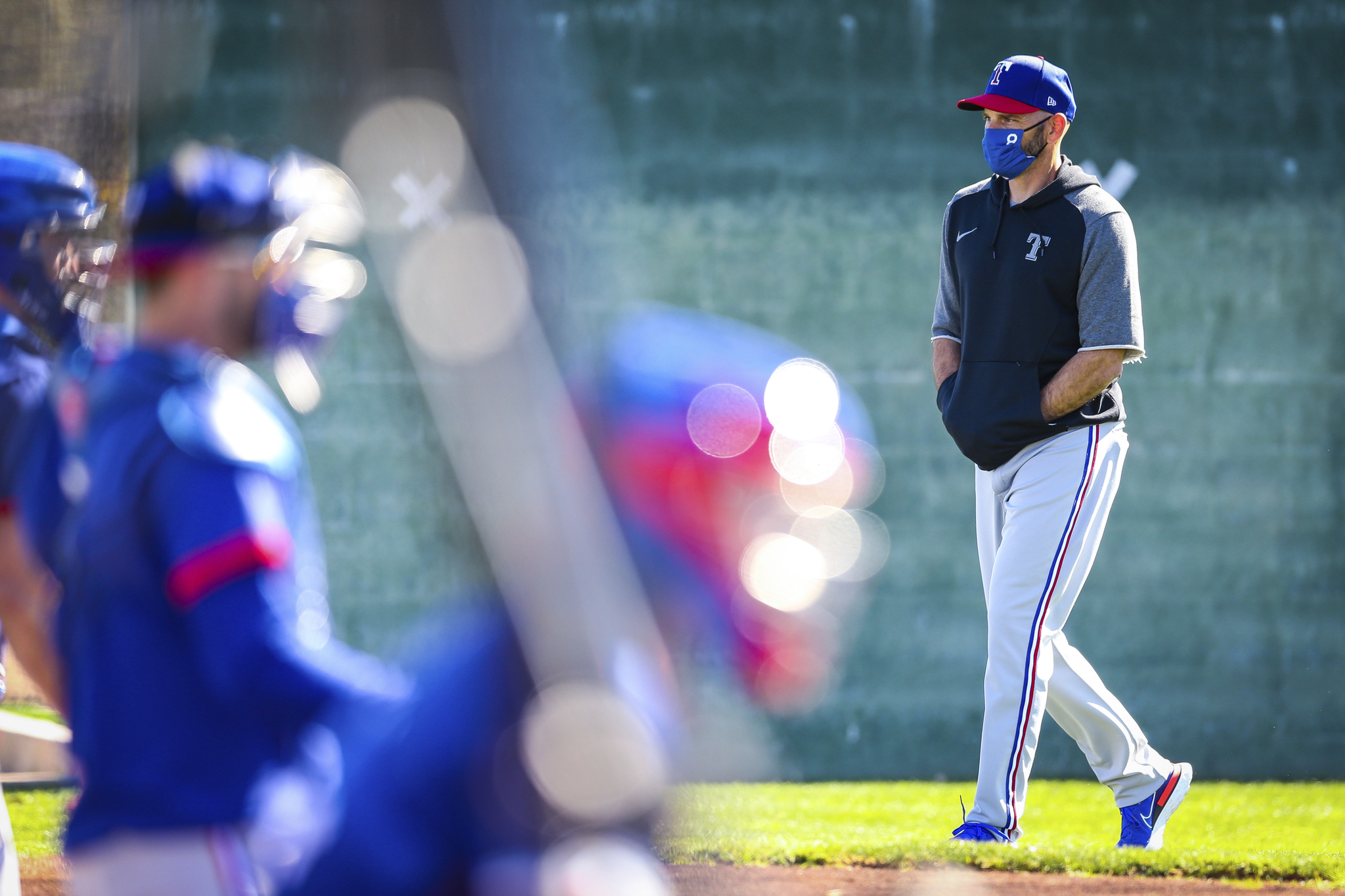 Enhance MLB Replay? Rangers manager Chris Woodward weighs in on what could improve

Enhance MLB Replay? Rangers manager Chris Woodward weighs in on what could improve

For the first month of 2021, bad calls surfaced all around Major League Baseball. In Milwaukee, a horrendous obstruction call occurred. Less than a week later, a baseline call in Philly raised where the runner never went to the infield grass. Lately, calls haven’t been too egregious (or at least viral), but it begs the question of what the future holds for instant replay. Earlier this month, I spoke with retired MLB umpire Dale Scott. Scott worked both sides of the replay system, on the field and in the command center, and got his thoughts regarding the automated strike zone, replay system, and what goes on in the replay command center.

One of the major issues the last few seasons for Rangers manager Chris Woodward is the timing of inducing a challenge. Teams are given ten seconds after a play to state they are looking at the previous play and then twenty seconds after to indicate they are challenging. However, it’s shown umpires may give leeway outside the ten and twenty seconds and some umpires do not. If you recall, this was an issue back in June of 2019 where Woodward lost the ability to challenge a play in Boston because he ran out of time, at least according to Angel Hernandez, the home plate umpire that night. Woody was eventually awarded his first career ejection as a manager.

“They’ve been better,” Woody told me after I asked him about the consistency of allowing challenges past the ten and twenty-second time. “I had some issues my first year. The crew didn’t let me challenge a play that I was well within the ten seconds, and I didn’t have my hand up.” Woodward added by he learned from that by putting his hand up after every play. “It delays the game a little bit because almost after every play, I’m putting my hand up, especially after the end of an inning. When a pitcher comes into the game and steps on the mound, you can’t review [a play] at that point.” The key is getting right, no matter how long it takes.

Each of the two examples mentioned earlier deemed “judgment calls,” which are not reviewable. There’s a list of non-reviewable plays which irks me because video evidence and rule interpretation could overturn those calls. Should judgment calls be reviewable? “That’s a tough question,” Woodward told me. “It’s out of our hands. I think as we go, as some of these things come up numerous times, as an industry, we should be able to say that has to be added. We should be able to do that in season.”

From a veteran player’s perspective, I asked Charlie Culberson the same thing. “There are some plays that still happen that we kind of wonder why there is no replay for it,” Charlie told me. “Then they talk about the pace of play and try to speed games up, and sometimes that slows things down. The ultimate goal is to get the call right and get things moving forward.”

From an umpire’s perspective, it’s about finding a medium for replay. “Do we want a video game or a baseball game?” Dale Scott said during my podcast interview. “People are going to lose interest.” If all plays deem reviewable, umpires will constantly go to the headset. Thus, game times will skyrocket. For me, I agree about finding a medium, but at the same time, it’s infuriating to watch a play unfold showing incorrect on replay, and the manager deems helpless because he cannot challenge the play.

One other point of emphasis is adding microphones to umpires to announce what managers are challenging, ruling on the field, etc. Dale Scott told me that it was already in the new Collective Bargaining Agreement with the umpires last year, just not implemented. Scott said to me because of COVID and no fans in the stands, the league didn’t add it, but the aim could be around All-Star break or earlier, considering stadiums are opening to total capacity, but MLB added it in the CBA.

I know there have been BAD calls this year by umpires, but this has to be up there. #StraightUpTX @JomboyMedia

Listen, if you watch a ballgame ten years ago and watch it today, the vast difference in replay is staggering. Technology is coming a long way, but there’s still a ways to go, and at the end of the day, there isn’t an implementation that will solve everyone’s problems. The automated strike zone will take out the art of pitch framing but keep zones consistent. The runner at second to start extras has kept games from going 5-6 hours but loses the thrill of a long extra-inning game.

Replay continues to change, and it causes teams to adjust on the fly, especially in game-time situations. “It’s a talking point that we mention in Spring Training,” Woodward told me regarding the continuation of a play after an umpire made a call. “Just because an umpire calls him out, don’t assume. If you don’t know, for sure, I don’t care what the umpire calls, go back and tag him.” The game continues to change before our very eyes.