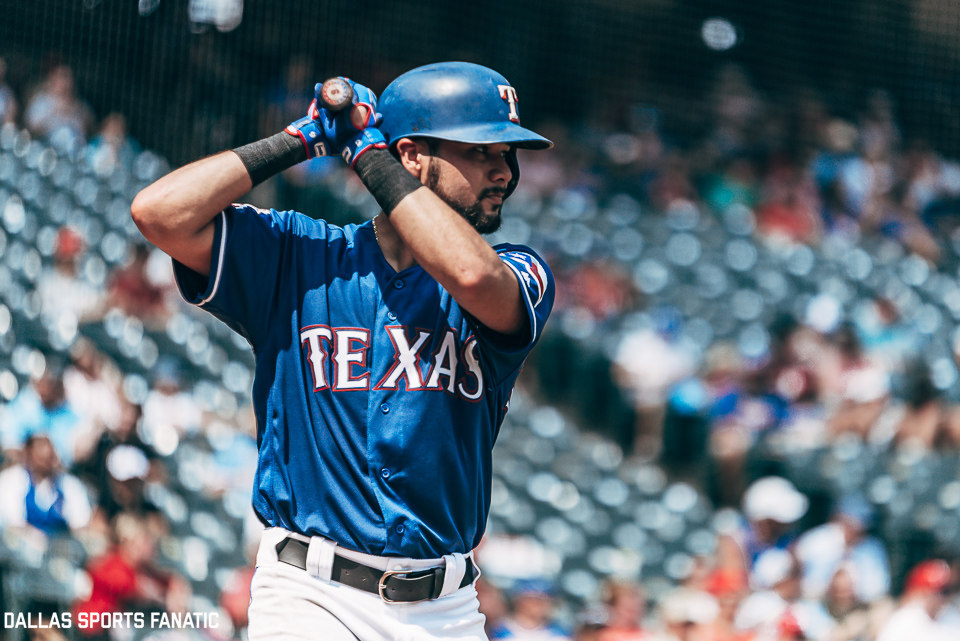 Even after earning a Gold Glove in 2020, is there still more to come from Isiah Kiner-Falefa?

Even after earning a Gold Glove in 2020, is there still more to come from Isiah Kiner-Falefa?

Let’s face it, the Texas Rangers 2020 season didn’t go planned. While rookies got their chances, it came in a circumstance where the team overall struggled. It turned to a classic “when life gives you lemons; you make lemonade” line. A few positives came out of 2020, and one of those was showcasing talent consistently. In 2020, fans saw what the organization thrived daily on their television screen, a chance to witness Isiah Kiner-Falefa flourish in the Major Leagues. At the end of the 2020 season, Kiner-Falefa got rewarded with a Gold Glove (along with Joey Gallo), his first in the majors, and it most likely won’t be his last.

It’s difficult to gauge the offensive numbers compared to previous seasons for anybody. IKF got a few more at-bats than in 2019, where spent time on the injured list along with the backup catcher role. The runs driven in were down, but most of the offensive categories went in a positive direction. The one aspect of Kiner-Falefa’s game that brought my attention was the running game. In 2020, Isiah attempted 13 stolen bases, while the percentage wasn’t significant; you can chalk up a few of those caught stealings by the slip of second base.

His game’s power aspect showed in Spring Training but didn’t accumulate to what the thought was. Again, that’s most likely an attribute to the short season, but it was something Isiah was working on during the season. “It was really exciting, and then after that, it kind of just faded a little bit. But the at-bat quality is there. I’m hitting the ball harder. I’m still really happy with where I’m at, but I have a lot of work to do,” Isiah said in early September.

"It means the world to me."

It was entertaining to watch the defense constantly. Isiah would make play after play and certainly earned his Gold Glove award. “To get back in the infield where I know I can be successful and win a Gold Glove, especially after being sent down as a catcher, win a Gold Glove shows the organization I am a real player,” Isiah said earlier this month. The Rangers decided to make a consistent role for Isiah, whether to staple him to third or shortstop.

One aspect that fans didn’t get to witness but progressed throughout 2020 was Isiah’s leadership. “The way [IKF] plays, the effort, the attitude, the passion that he plays and carries himself with — obviously is a huge leadership quality,” Rangers’ manager Chris Woodward said.

While the role as backup catcher didn’t work as well for Kiner-Falefa, it wasn’t because of his leadership ability. His teammates and coaches speak highly of him, and having a chance to mentor guys like Anderson Tejeda, Sherten Apostel, Josh Jung, and others when they make or come back to the majors will be huge.

Was 2020 the breakout season for Kiner-Falefa? Honestly, I don’t think so. I believe he hasn’t reached that full potential, but I think he’s close. Isiah’s approach at the plate, combined with his defense, makes him an underrated player. I like him in the second spot in the lineup because of what he can do with the bat, and his utility on the left side does add some flexibility, but anchoring to one position will be vital.

“It’s cool, and it’s great for, in my opinion, to have Kiner get so much exposure because he’s such a great player,” Joey Gallo told me. This club isn’t about Isiah or Joey Gallo or anyone specific person; it’s about the Texas Rangers. “I think the Rangers’ fans should be excited about what the future holds,” Isiah told me after his Gold Glove award. The Rangers take a book from East High from High School Musical and remember, “We’re all in this together!”