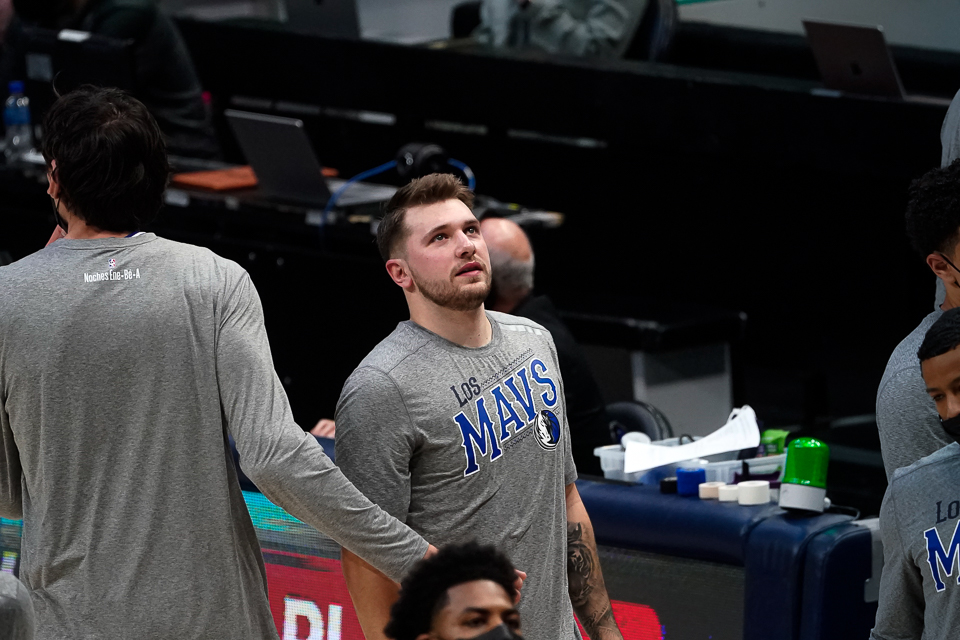 Faced with another back-to-back, Mavericks fall to Pacers without Doncic

Faced with another back-to-back, Mavericks fall to Pacers without Doncic

The Mavericks took on the Indiana Pacers on Friday night without their superstar Luka Doncic. Predictably, they lost. Dallas is now 1-3 in games where Doncic has sat this season and the team has only averaged 99.3 points per game in his absence compared to their usual 112 points per game on the season.

Simply put, the Mavericks aren’t good enough to win games without Luka on the floor. Yes, they have won one this season back on March 3rd. That was the game when the Mavericks beat the Thunder 87-78 in one of the most forgettable/hard to watch games of the season.

It’d be easy to shrug and say sometimes guys get hurt and miss games because of injury, but that just doesn’t seem to be the case here. Luka played on Wednesday night in Minnesota, albeit poorly. He wasn’t on the injury report on Thursday afternoon and then popped up on the injury report on Friday afternoon as doubtful due to lower back tightness. This is the same injury that kept him out of the team’s loss in Oklahoma City earlier this month on a second night of a back-to-back. Friday night was the front end of a back-to-back that continues tonight in New Orleans.

Fairly or not, I’m skeptical as to whether or not Doncic is really injured enough to be missing these games. If he’s not, it’s very silly that the Mavericks are more or less “resting” him in the middle of the regular season when they are in the thick of an intense race for playoff seeding in the highly competitive Western Conference. Doncic doesn’t have the extensive injury history that includes a torn ACL like his teammate Kristaps Porzingis. It’s understandable that the team handles the 7’3 big man that way since he has arrived here in Dallas two years ago. Besides an ankle sprain we all saw at the beginning of a game against the Heat last season and then some tank-related rest in the final couple months of his rookie season, Luka has been out there working hard for the Mavericks every night physically possible. I know he wants to be out there.

I get it, there’s a big picture to consider. You can’t run him into the ground. But the Mavericks wouldn’t have been doing that if he played on Friday night. They didn’t play on Thursday and he played 27 minutes on Wednesday night in Minnesota thanks to the team pulling away comfortably in the fourth quarter. That was his lowest minute total in a game since he logged just 24 minutes when Dallas was destroyed by the Charlotte Hornets at home back on December 30th.

The Mavericks who did take the court on Friday night had a valiant effort, including Kristaps Porzingis who had an impressive 31 point/18 rebound line for the night, but it just goes back to the point that the team simply isn’t good enough without its superstar MVP candidate to win games. Rick Carlisle disagrees.

“We had enough talent and guys available tonight to win this game, we didn’t execute the way we needed to.” Oh boy. Generic coach speak if I’ve ever heard it.

The Mavericks’ biggest issue on Friday night was really their perimeter defense as the Pacers shot 42% from deep while Dallas shot just 22% in the same category, but things would have just been entirely different if Luka was on the floor. A win? No way I could guarantee that. However, it’s just so very frustrating that Luka missing this game was so indisputably optional.

I don’t know how Luka is feeling and I have no doubt that he does have some lower back soreness. It’s the end of March and he has been playing major minutes of NBA basketball for over three months now. Every single one of his teammates has various aches and pains that they’re fighting through. Again, I’m not blaming Luka for this. I’m blaming the Mavericks coaching and medical staff for trying to act like this team is comfortably in first place in the Western Conference when in fact they’re seventh and desperately need to move up in the standings in order to increase their chances of winning their first playoff series since June 2011.

I just don’t get it. As of 10 AM on Saturday, there’s no word on Luka’s availability for tonight. Coach Carlisle commented last night that he hoped Doncic would be available tonight. I would bet money that Porzingis is out since it’s the second night of a back-to-back and he played a season-high 38 minutes last night. Again, that’s understandable for a guy coming off a meniscus operation less than six months ago and a torn ACL not too long ago, but Luka’s just not there. Dallas needs to win every game they can.