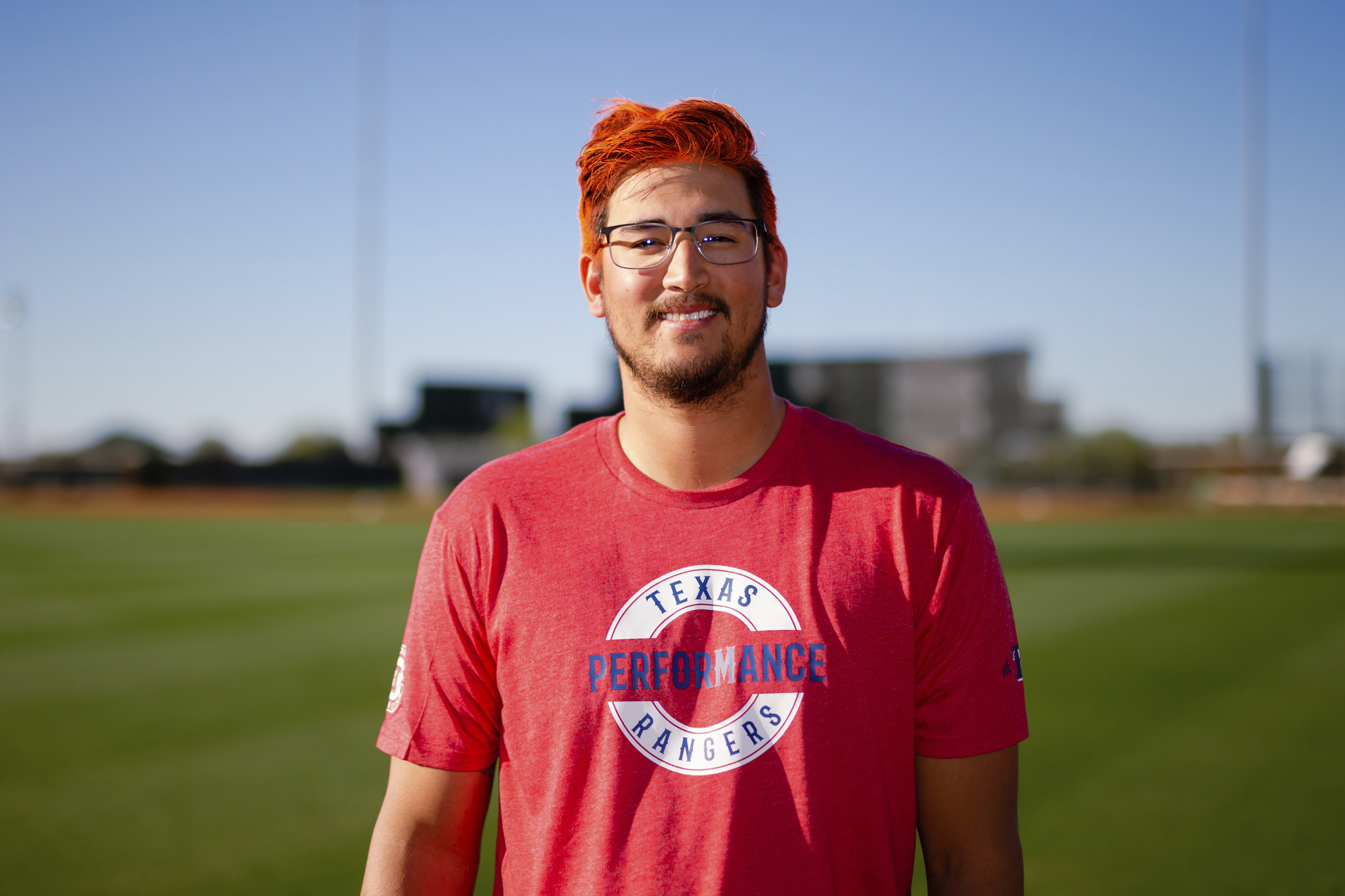 Fantasy football season is here, and Rangers fans have an opportunity to play against one of their favorite players, Dane Dunning. Like last season with Kyle Gibson, Dane and Big League Impact are collaborating for a charity league that benefits MS Society, an organization dear to Dunning. “[Big League Impact] does a great job of helping me be able to guide myself through a season of all of the donations that I need and creating events and stuff and that for me.” You can find out more information on the MS Society, their mission, and how to get involved here.

Fans can register for the league here and learn more about the charity league including rules for the season and postseason. The winner receives a Championship ring, while the city winners get a championship belt, a VIP game experience that includes tickets to a regular season home game, and a chance to throw out the first pitch. Finally, the grand prize winner receives a trip for two to next year’s Spring Training in Surprise, Arizona, which includes a hotel for two nights, airfare, and tickets to a Rangers Spring Training game. While Dane reduced his fantasy teams last year (he had six weddings and four bachelor’s parties to attend), before, he had the fantasy football competitive spirit inside him. “I would hop in with like some teams, and I get pretty competitive. Usually, on Sundays, it’s laundry day [and] set up the whole thing. I have six TVs and six things and have each football game on. I’m sitting on the couch the entire day. Fantasy Football is always a good time.”

In February, Dane hosted a Twitch fundraiser stream that benefited MS Society and raised almost seventeen thousand dollars. The event included MLB players like current Ranger Mitch Garver, former Rangers Derek Holland and Hunter Pence, Lucas Giolito, Brett Phillips, Triston McKenzie, Jake Burger, and others. The event also included content streamers like LuLu Luvely, Aaron Chiz, and others. However, that was just the beginning for Dunning. He’s looking to make these events a reoccurring thing. “It’ll be a third annual coming up,” Dane told me. “We’re trying to get to try to use eSports arena [and] be able to make it a pretty big event. I’m trying to make it an annual thing every year to bring work on the MS Society, hopefully, create funds and find a cure.” Dunning targeted January, hopefully for the event. Therefore, Rangers fans, gamers, and everybody should be on the lookout for 2023. 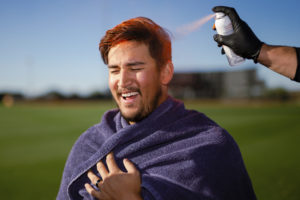 Dane Dunning dyed his hair orange once the charity reached $15,000 back in February. Photo: Ben Ludeman

“Lynn Lindsey, also known as LuLu Luvely, she’s a full-time streamer. She came out and threw the first pitch in one game. I talked to her for a little bit [as] she joined the event last year, and it was phenomenal [and] put a lot of attention to it,” Dane said. “[I] was talking to her about situations of talking into some of the pro teams based in Dallas and try to make a program where it’s like a professional gamer can play with a professional baseball player no matter what team it is.” Therefore, Dallas sports fans that are streamers may have the chance to team up with a Mavericks, Stars, FC Dallas, or Cowboys player.

For Dunning, Big League Impact has meant a lot in staying organized through events, promotion, and of course, the strikeout campaigns you see throughout the Jumbotron. “They even do events like Top Golf and stuff where they create an event for us where people will follow along, and people who engage with us are able to come and join in,” Dunning said. “I got involved with them through Kyle Gibson. If [GIbby] vouches for them [and] I can help, I’m diving off the end of the earth for that. He’s a standup guy. [Big League Impact] does great work [and] has been very beneficial.”

Right now, Dane Dunning is the lone Rangers player, but Dane told me he’s talking with teammates for them to join in. “I talked to them a little bit earlier [but] everyone is busy right now, and [we] don’t know our schedule leading up to it. It’s difficult for some of the guys to do it, but I’d definitely enjoy some of the guys [if] they’d like to join in.”