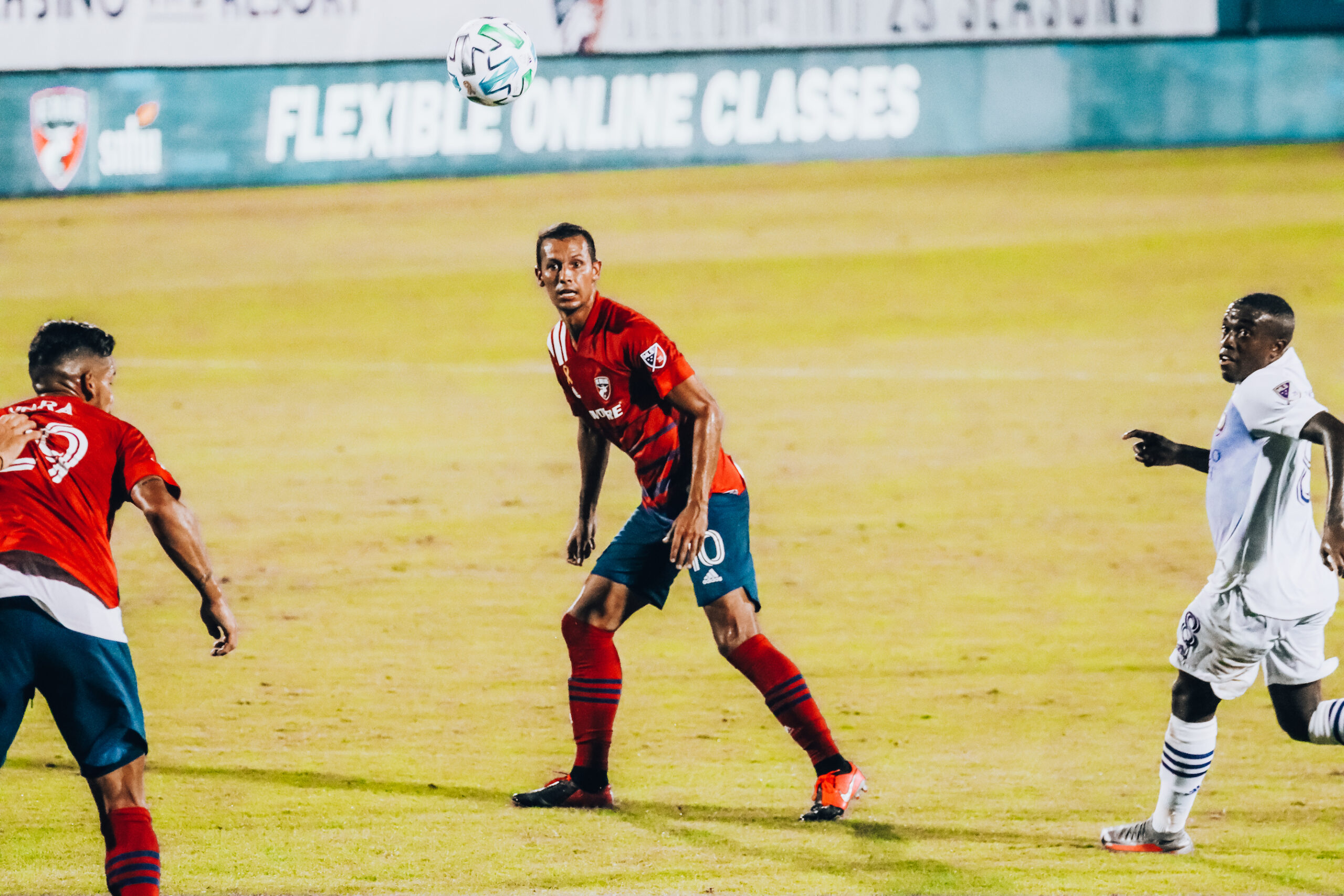 After two weeks of no activity, FCD was looking to turn things around in their current situation. Their last game before the international break took place against Colorado, where they suffered a disappointing 3-0 loss.

FCD has four new/returning additions ahead of their clash on Saturday. After announcing the signing of former Lanús player Facundo Quignon, Justin Che, Brandon Servania, join the team after their loans abroad, and Jesus Ferreira after suffering a shoulder injury. All return to the team, giving a sense of possible reinforcement to the Dallas roster. The reinforcements offer FCD more depth up and down their roster.

Luchi Gonzalez quickly utilized one of these reinforcements when he gave a starting position to Facundo Quignon to play alongside Bryan Acosta in the middle of the field. Nkosi Tafari also starred in Saturday’s lineup making it his first MLS appearance.

FC Dallas’ game was more of a controlling tempo, although Minnesota’s players stood their ground well. Both teams had opportunities to score, but were unable to do so. After a loss of possession by Facundo Quignon in the midfield, Minnesota made a quick breakaway and Franco Fragapane score for the visitors to hand them the 1-0 lead.

“He’s a player that you can see is going to help us. He still needs to get more integration with the team. I would’ve probably kept him on the field if there wasn’t a fitness concern, he was dragging a little bit in terms of energy. But he’s got good tools. He still needs time to integrate but you need games to integrate. So, welcome Facundo. I think he’s important to let other players play their normal positions.”

FC Dallas was outperformed in the first half. They didn’t have many chances, and the amount of times that Minnesota knocked on Jimmy Maurer’s door was quite alarming.

Looking to change the speed and dynamic of the game, head Coach Luchi Gonzalez brought to the field Franco Jara and Jesus Ferreira replacing Paxton Pomykal and Andres Ricaurte.

“Halftime we made some adjustments bringing Jesús (Ferreira) in. We’ve missed Jesús. He’s still getting his fitness and form back but I thought he made an immediate impact. Franco (Jara) gave us some good energy, just some physicality as well to hold the ball up. We slid (Ricardo) Pepi wide because we still wanted Pepi in the game to get on the end of something. We feel he’s an efficient player if he gets some chances which he took care of. So, I thought the adjustments at the half gave us energy, mobility and that courage.”

At the 67th minute mark, after a great through ball from Ryan Hollingshead, the 18-year-old striker Ricardo Pepi equalized the game for the home side. Once Pepi’s goal came in FC Dallas looked more threatening up front. Tanner Tessman and Kalil ElMedkhar and replaced newcomer Facundo Quignon and Jáder Obrian. Saturday’s appearance was ElMedkhar’s second game in MLS.

Ricardo Pepi gave his description of his equalizer goal:

“I saw the space open and Ryan (Hollingshead) played that ball. I didn’t think he’d play the ball but I just saw it coming and hit it first-time. I saw the space was open so I hit it with the outside of my foot to that side and it went in. I made that run for the ball to get on my left side and moved a little bit because I knew the angle was going to be hard on the right side so I moved to the left side and luckily it fell there.”

look at Pepi, so inspirational pic.twitter.com/D5HIeqI7P0

FC Dallas was the best team after their equalizer, but Minnesota also had their fair share of goal scoring opportunities. Two times Jimmy Maurer had to save his team from conceding a goal. Unfortunately after numerous attempts from both sides, the game ended in a 1-1 draw. FCD still remains in the last position of the Western Conference with just seven points out of a possible 24.

“The two halves were different. We were slow, not connected. I thought we were hiding from the ball in the first half. When we don’t have numbers around the ball then we don’t have as many options. And then when we lose it, because you’re going to lose it eventually, we don’t have a good transition because of the numbers.”