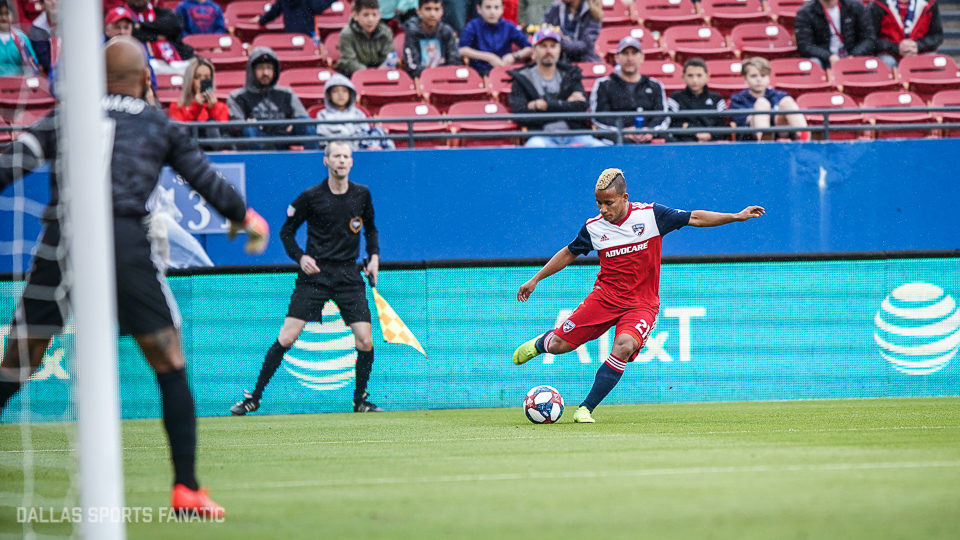 Head coach Luchi Gonzalez faced KC with Franco Jara up top, both Jesus Ferreira and Michael Barrios on the wings, Thiago Santos, Brandon Servania, and Bryan Acosta completed the midfield. Brandon Servania earned his first start of the season against a difficult opponent. The defense was composed from left to right with John Nelson, captain Reto Ziegler, Matt Hedges, and Ryan Hollingshead. Jimmy Maurer was on goal once again to maintain their goal empty.

FCD quickly pressed the Kansas City team with a couple of opportunities to open up the scoring. In the ninth minute, Franco Jara converted his first MLS goal with FC Dallas. Bryan Acosta made a precise pass to get him in front of the keeper to chip it over.

Both Bryan Acosta and Jimmy Maurer were forced to come off after suffering injuries mid-game. Luchi had to quickly adapt and make the necessary changes that would impact the game positively. Bringing Tanner Tessman and Kyle Zobeck, who made his first MLS appearance, were the changes that Luchi made to accomplish that task. Kansas City managed to tie up the game in stoppage time after an amazing run from Khiry Shelton for his fifth goal in the year.

The home side repeatedly attacked the second half. Luckily for FCD, they were unable to convert those chances. Matheus Bressan even placed his body on the line to deflect a clear shot on goal. FCD earned a hard-fought point against the best team in the Western Conference. Twenty shots against FCD’s five gives a talking point that they need to become more of a threat upfront. The win against Minnesota was good, but you can’t always expect to play Minnesota to achieve the desired results.

FCD’s (2-4-1) upcoming games see the squad going on the road to face Minnesota on September 9th, then hosting back-to-back games against the Houston Dynamo on September 12th and the Colorado Rapids on the 16th. We were unable to see Andrés Ricaurte in action, and based on the unfortunate injuries that this game had,  we could see him in next Wednesday’s game.