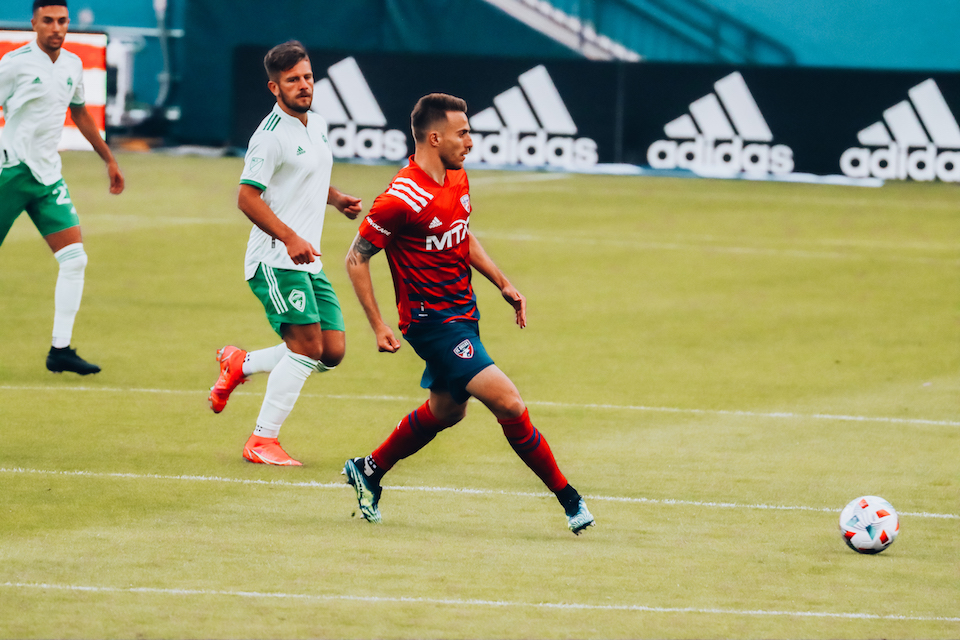 FRISCO, TX- FC Dallas (0-1-0) opened up their 26th season in Major League Soccer in a scoreless draw with Colorado Rapids (0-1-0) at Toyota Stadium on Saturday night.

Luchi Gonzalez showcased his starting lineup with the MLS debuts of Jáder Obrian, Freddy Vargas, and José Martinez, who played outstanding games in leading the attack and defending well. All three players lived up to expectations to control the pace and tempo of the game.

Luchi complimented both Vargas and Obrian on their performances.

“They are both good players,” Luchi said. “They will be able to develop into good players as they continue their adjustment.”

In the opening minutes of the match, FCD had opportunities to open up the scoring, but were unlucky in their attempts. FCD’s newcomers Obrian and Vargas had a good display on the wings to provide an attacking threat to the Colorado defense.

Both teams had the opportunity to open up the scoring but were unlucky to do so. FCD had a few shots on target but were saved by the Rapids keeper. FCD could’ve been behind on the scoreline, but Jimmy Maurer came in clutch with a few key saves to keep them in the game.

Starting slow in the second half, Luchi brought homegrown talent Paxton Pomykal with less than 30 minutes on the clock. FC Dallas kept their attacking mentality through most of the second half, but their goal-scoring attempts ended up unsucessful.

Ricardo Pepi also came in late into the match to give a fresh attacking feel to the game by replacing Argentine striker Franco Jara. Thanks to Jimmy Maurer’s heroic saves, he was able to keep the clean sheet for his team tallying six saves.

“I felt good individually,” Maurer said. “Frustrated to not get the win, but I was able to make a few saves to help the team.”

The match highlights consist mostly of Jimmy standing on his head. pic.twitter.com/17rbdE793i

FC Dallas, had a few chances on goal Saturday night, but will be looking to improve their attacking form. Franco Jara is the main striker for this season and will be looking to score his first goal on the road. “We are frustrated that we didn’t get the three points tonight,” Luchi said. “We want to win games in front of our fans, and in our stadium.”

Up next, FCD goes on the road to face Portland Timbers next Saturday, May 1st. FCD returns to Toyota Stadium Saturday, May  8th, when they host Texas rivals Houston Dynamo. (1-0-0).