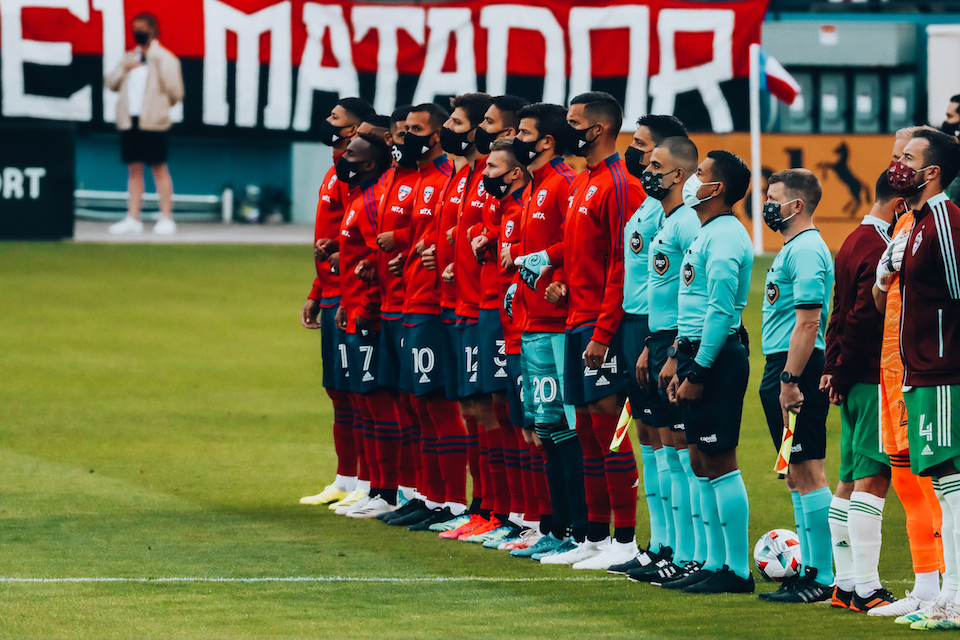 With Texan rivals Austin FC (7-18-4) and Houston Dynamo (6-12-12) already eliminated from the playoffs, FC Dallas remains the sole Texan survivor. FCD must win to keep those hopes alive, along with several combinations of results from teams seeded higher than them.

FC Dallas, currently placed 12th in the Western Conference, has only accumulated 28 points this season. One positive thing to note is that against LAFC at home, FCD has been able to pick up four out of six deputed points. Both sides last met earlier in June, when FCD fell to LAFC 2-0 Bank of California Stadium.

Thanks to the FIFA break, FCD had around a week and a half to work together. With five games left into the season, there’s no room for mistakes.

Interim Head Coach Marco Ferruzzi spoke about what he worked on these past couple of days with the team:
“A big focus has been our team shape defensively,” said Ferruzzi. “How we spring out of that defensive shape into the attack without losing.”

FC Dallas leading goalscorer Ricardo Pepi saw some activity with the U.S. Men’s National Team. Pepi scored a brace in Austin against Jamaica for the CONCACAF World Cup Qualifiers match-up. FCD needs Pepi more than ever to put on great performances these next couple of games.

“He’s always hungry and ready to play for us,” said Ferruzzi. “The best way we can showcase Pepi is to have him on the field, and that’s where he’s the happiest– so I’m not going to overthink that one.”

With five games left into the season, Ferruzzi commented that “each game will be played like a final, independently of what the outcome is.”

FC Dallas player Ryan Hollingshead also shared some of his thoughts in regards to their playoff aspirations:
“Until we’re eliminated from the playoffs, we’re going to do everything we can to win games and put ourselves in that position,” said Hollingshead.

“I think (the break) came at a good time, especially with a coaching change and trying to implement a lot of new things into the squad."@WinStarWorld | #DTID

If FC Dallas loses on Wednesday night, they would be automatically out of playoff contention– the first time they’ve missed in three years.

Bryan Acosta also gave his thoughts about the upcoming match against LAFC:

“It won’t be an easy game,” said Acosta. “We worked during the week with the mentality to close out the season well– we’ll fight until the end.”

Players and coaching staff hope to get those three crucial points to keep the playoff alive. Whether or not the team wins, be sure the players are ready to give it their all.