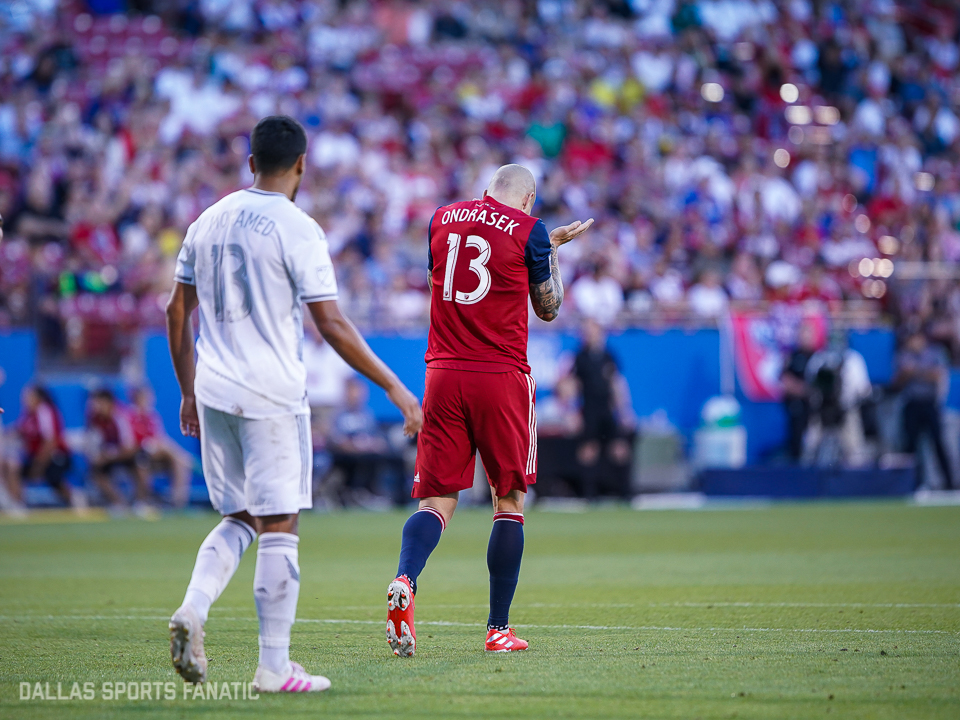 FRISCO, TX- FC Dallas (1-1-0) hosted the Montreal Impact (1-1-0)in their second match of the season on Saturday at Toyota Stadium. After falling behind 2-0 in the second half, FCD was able to fight back for a 2-2 draw thanks to some last-minute heroics for the home side.

This match also featured the return of former Argentine striker Maximiliano Urruti, who played for Dallas from 2016-2018. Urruti was fundamental for Montreal as he managed to score a brace against his former team.

Minutes before the match reaching the ninety-minute mark, FCD homegrown Reggie Cannon provided a cross into the 18-yard box that Zdenek Ondrasek would head away into the back of the net to pull one back. “I was happy with the goal,” said Ondrasek, “I really wanted to score and help the team.” Ondrasek added, “I’m happy that Pepi scored the goal (the eventual equalizer) and got us a point.”

17-year-old Ricardo Pepi scored his first Major League Soccer goal in stoppage time that helped FC Dallas come from a 2-0 deficit to tie the game. “It’s the first one, but there’s more to come,” Pepi said. “I just wanted to come in and give the team some emotions.

FC Dallas looked composed during the first half as they created chances for goals but were unsuccessful in converting their chances. Michael Barrios was phenomenal in the left and right wings of the field as he led most attacks. “He can hurt you at any moment,” coach Luchi Gonzalez commented after the game. “We want him to be in the box, we are encouraging him to get his goals.”

During the second half, for about 15-20 minutes, FCD fell flat when the team wasn’t dominating scoring chances.  Montreal took advantage and created their 2-0 lead. “We let them into the game,” Gonzalez said. “They defended well, and they countered us, and it was not good enough. We did not play to our strengths.”

While leading the attack, FCD saw themselves exposed in the back, which cost them to be behind the score for an extended period. Once Dallas found opportunities later in the second half, they capitalized. Ricardo Pepi checked in at 75 minute mark and immediately made an impact.

“He scored a very opportunistic goal,” Luchi Gonzalez said of the 17-year-old. “He came into the game believing he could change the game and he did.” Indeed, Pepi came in and was fundamental to rescuing the game in stoppage time. He was putting pressure on the defenders that made them play longer balls that FCD could easily retain and control possession during the last minutes of the game.