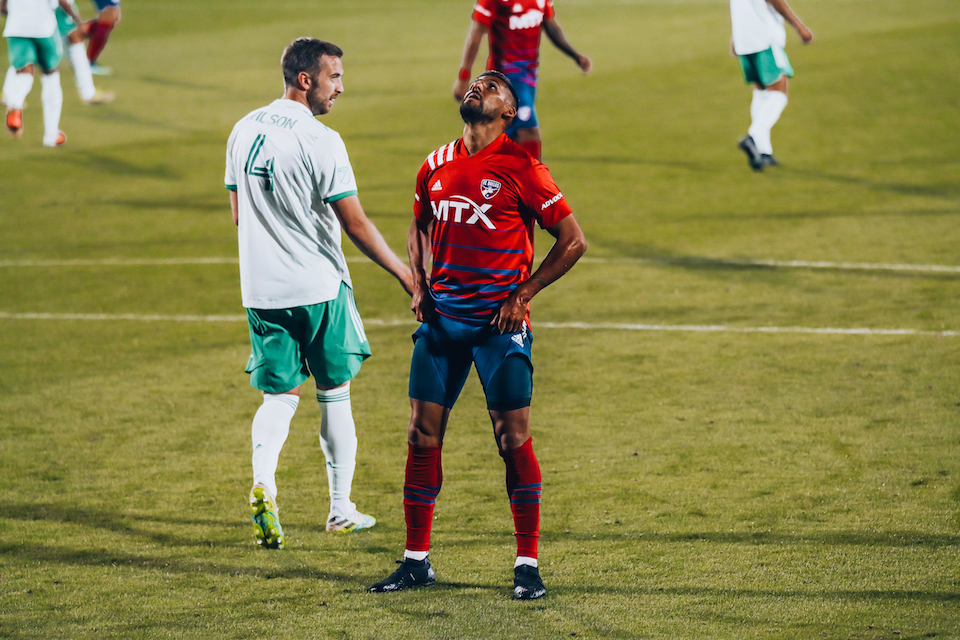 Commerce City, Colorado- FC Dallas (1-3-3) suffered yet another loss to start the season, this time at the hands of Colorado Rapids (4-1-2).

“This is MLS. We have to win,” head Coach Luchi Gonzalez said. “If you don’t win, then you’re not going in the right direction in MLS.”

FC Dallas lost against the Colorado Rapids 3-0. FCD has been on a winless streak for the past four games with two draws and two losses. Luchi Gonzalez mentioned that he takes full responsibility for Saturday night’s performance. This is the third game on the road that ended in a loss for Luchi’s men, and they will be looking for more positive results.

FCD still remains in the last position of the Western Conference accumulating only six points out of a possible 21 through seven games. With the upcoming FIFA international break, they will be hoping to rest, reset, and improve their forthcoming performances.

Gonzalez also mentioned after the game how he understands the fans’ frustration and hopes that his players perform better to give the fans better performances.

“Any upset fans? I understand they should be, and I’m sorry because all of our intentions and all of our work, you know, the energy and effort we put into our preparation is to win.”

FCD was superior in the game, but were unfortunate to not get their chances in the back of the net. Colorado, the very few attempts they had, converted. Former FCD player Michael Barrios saw his strike go past Jimmy Maurer to seal his team’s victory.

“We didn’t just make defensive mistakes,” Honduran international Bryan Acosta said. “We also need to recognize that there were chances we could have scored. Unfortunately, we didn’t take advantage of them, we didn’t finish them. The team is together, we can’t just single out the defense part of the team.We’re all men, we’re 11 players, we’re 30-something players and staff on this team and we’re all in this together. We’re all capable of getting out of this.”

FCD Defender Ryan Hollingshead also commented on his frustrations and how that frustration reflects on the field.

“I think we’ve seen the last couple of games that we aren’t putting chances away so we get a little desperate and our lines get a little bit spread and they can catch us on the counter attack. I think that comes out of desperation and wanting to put away a goal.”

FC Dallas suffered a 3-0 loss, but saw players make their MLS debuts in Colorado. Forward Kalil El Medkhar made his MLS debut as a second-half substitute. Midfielder Ema Twumasi made his first appearance of the season, but his eight MLS appearance.

Saturday’s game was FC Dallas’ last match before the FIFA International break. The team returns to Toyota Stadium Saturday, June 19, when they face Minnesota United (2-1-4). The team will count on the fans’ full support as this will be the first time that the game may be enjoyed at almost 100% filled capacity.

Saturday’s loss was a massive blow for the team that has been working hard. Hopefully, they can get the result that both the team and fans want and need.