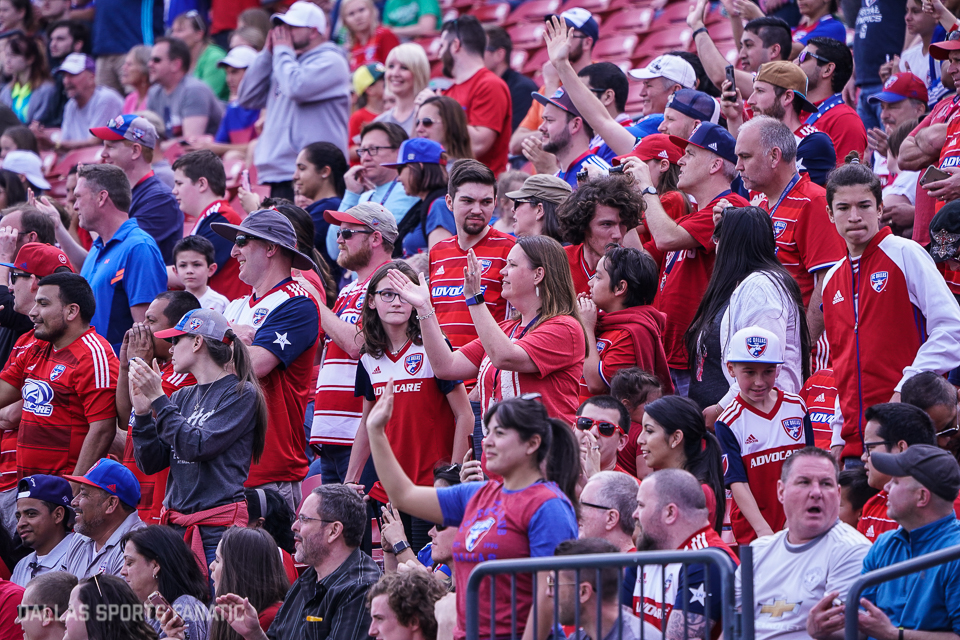 Sunday the news came down that FC Dallas had traded homegrown midfielder Kellyn Acosta to the Colorado Rapids. In the deal FC Dallas received forward Dominique Badji, the Rapids’ first round draft pick in 2019, an international roster spot, and FC Dallas would receive 50% off any future transfer fee for Acosta through 2020.

For the casual fan this move may be a head scratcher. They may wonder why FC Dallas would give up a US men’s national team player, and the club’s most recognizable name and face, for a player they may not be familiar with. For those who have followed FC Dallas closely this year, their reaction is likely quite different.

2017 was labeled “The Year of Kellyn.” We saw goals in MLS and CONCACAF Champion’s League play, as well as a breakthrough with the US national team. However 2018 has definitely not been the year of Kellyn. We saw an injury in preseason that kept him out for a lengthy period at the start of the season, and he didn’t seem entirely healthy when he did return.

We’ve seen some flashes from him, but generally he just hasn’t put in the same quality performances that we saw last year. This season we’ve also seen some great performances from guys who originally would have been below Acosta on the depth chart. At the beginning of the year it was Jacori Hayes and lately it has been Victor Ulloa as the players who have been playing well enough to make it hard for Kellyn to find a place in the starting lineup.

FC Dallas has depth in that central midfield spot, and the forward position has been a spot of need for years for FC Dallas. That’s why I believe this trade makes FC Dallas a better team. That doesn’t mean that Dominique Badji is a better player than Kellyn Acosta, it just means that Badji is a more needed player for FCD than Acosta right now. Badji may not be the #9 that fans were desperate for but he’s a guy who knows this league and can make an immediate impact. He’s a great athlete who can finish and has 7 goals and 2 assists in 16 appearances for a Colorado team that has scored the second fewest goals in MLS this season.

So why now? Why not to Europe?

Why now? FC Dallas is sitting in first place in the western conference and with no more US Open Cup to worry about, it is all hands on deck for the supporter’s shield and for MLS Cup and the team needs help at the striker position.Why now? Since the terrible team performance on the road against New York Red Bulls where we saw a frustrated Kellyn Acosta walk straight to the locker room after being substituted in the first half, things haven’t seemed the same mentally for Kellyn. It doesn’t take a body language expert to see that he was troubled. After scoring against Chicago we hardly saw him crack a smile while his teammates happily celebrated. He needed a change and with this being the last year of his contract (he does have a club option at the end of the season)

“Why isn’t he going to Europe?” “Should have gone to Europe.” These are the kind of comments I’ve seen Twitter flooded with mainly from people who don’t follow FC Dallas closely. The fact is that Kellyn has been vocal about wanting to play in Europe before. So with that knowledge don’t you think if the team decided they wanted to move him, that he would be on his way to Europe right now? If there were big offers from Europe don’t you think FC Dallas and Acosta would have preferred that over sending him to a team they have to play 2 or 3 times a season? Players can’t just “go to Europe” because they want to. It requires offers from interested teams, and while there were plenty of rumors of interest, there was never an actual offer that anyone knows of.

I completely understand those who are sad to see Kellyn go. I’m a huge Kellyn Acosta fan. Have been for years and will continue to be as long as he plays. I bought an Acosta US national team jersey as soon as I saw him in the starting XI vs Mexico for a World Cup Qualifier and I was lucky enough to get that jersey signed earlier this year. The first article I wrote was about why people should be following FC Dallas, and one of the three reasons I gave was because of the connection I and other fans feel to homegrown players and Kellyn was kind of the jewel of the FC Dallas academy. Exactly one year before Sunday’s trade we saw Kellyn Acosta get subbed off for the USMNT in the Gold Cup semi-final in front of 45,000 people at AT&T Stadium. People love the story of a hometown kid who rises to the top, and while this may be far from the top for the Plano native, I completely believe in the talent and abilities of Kellyn Acosta. As a fan of this team, the US national team, and a native of DFW I wish Kellyn Acosta nothing but the best and will be cheering for him from here on out.