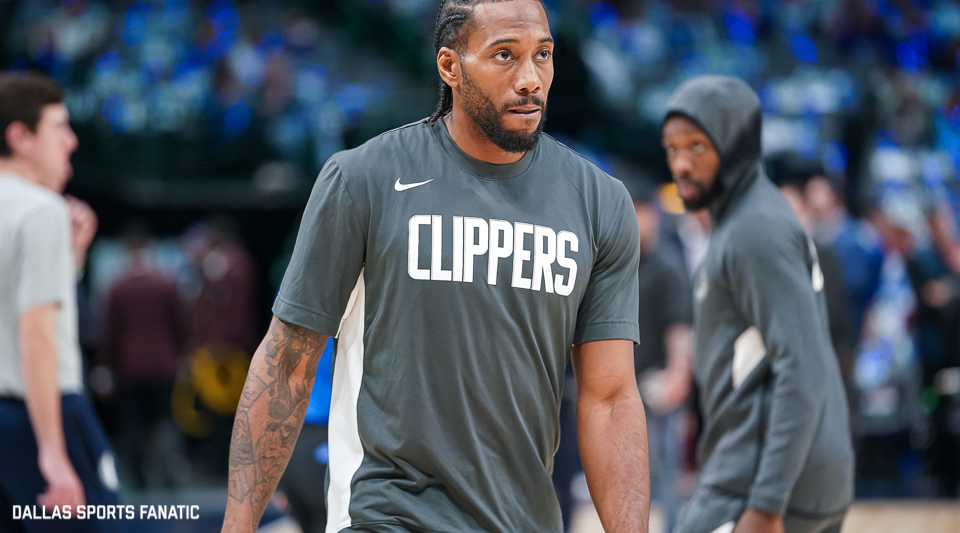 The time is finally here. The Mavericks are set to take on the Los Angeles Clippers with game one of their first round playoff series set to tip-off at 3:30 PM on Saturday afternoon. Of course, Los Angeles took last year’s series 4-2 so revenge will be weighing heavily on Dallas’ mind.  Coming in healthier than they were a year ago, the Mavs are certainly more equipped to take the title-aspiring Clippers the distance, but it will still be quite the mountain to climb.

What will be the ultimate sign in game one, win or lose, that this series will go better than expected for Dallas?
Dylan Duell: Setting a strong tone and putting their undefeated record when leading after the first quarter will be huge for Dallas coming out of the gates in game one. A bad start to the first quarter of game one doesn’t mean series over or something, but it sure won’t be a good sign for things to come. This will likely mean Kristaps Porzingis is either having a great statistical showing by hitting his frequent early shots or he is doing all the little things to open up the rest of the Mavs’ offense.

Michael Mulford: I think the Mavericks matching the Clippers physicality will be crucial. Obviously the Mavs proved last year that they won’t back down so that’s a promising sign. Defensively, closing out on every shooter will be huge for Dallas as the Clippers have numerous knock down shooters from outside. For a specific player, the Mavs will need the likes of Finney-Smith and Kleber to knock down their open looks from deep.

Besides Luka or KP, which Maverick needs to step up the most to help set a strong tone for the series?
Dylan: I feel pretty confident in what will be provided by the vast majority of the Mavericks’ roster, but I’m still very unsure of what Josh Richardson is going to have from night to night. If Josh can turn into a 40% shooter from deep along with emphatically living up to his defensive billing in an effort against the plethora of gifted shooters on the Clippers, he can more than erase bad memories of an up-and-down regular season.

Mulf: Outside of Luka and KP, Timmy has to continue the hot streak he finished the regular season with. The Mavs need that third scorer they can count on night in and night out and right now, that’s THJ.

Is there any way that the results of game one will completely swing the way you feel about the ultimate series outcome?
Dylan: The short answer is no, but I could start feeling lucky if the Mavs come out and emphatically handle the Clippers in game one on the road. Coming back to what will apparently be a packed American Airlines Center no worse than tied 1-1 will be huge for the Mavericks’ confidence levels.

Mulf: I don’t think so. It’s only one game. But every game will result in adjustments from both sides. Though if there’s an obvious huge mismatch or eyesore from either side in Game One, then we could see a swing begin.

Predictions?
Dylan: I’m going with the Clippers in a very intense seven game streak. I’m very confident the series will be tied at 2 through four games. What happens after that could easily swing way in the Clippers favor with their edge in depth and skilled wing players, but I’m just not seeing the Mavericks getting man-handled in this series like many are predicting.

Mulf: At first, I thought Clippers in 6 but I’m leaning toward Clippers in 7 now. I think the Mavs snag Game One. I really do. But overall, the length and depth of the Clippers will get past the Mavs. But, expect a dog fight of a series. And a dominant performance from 77.