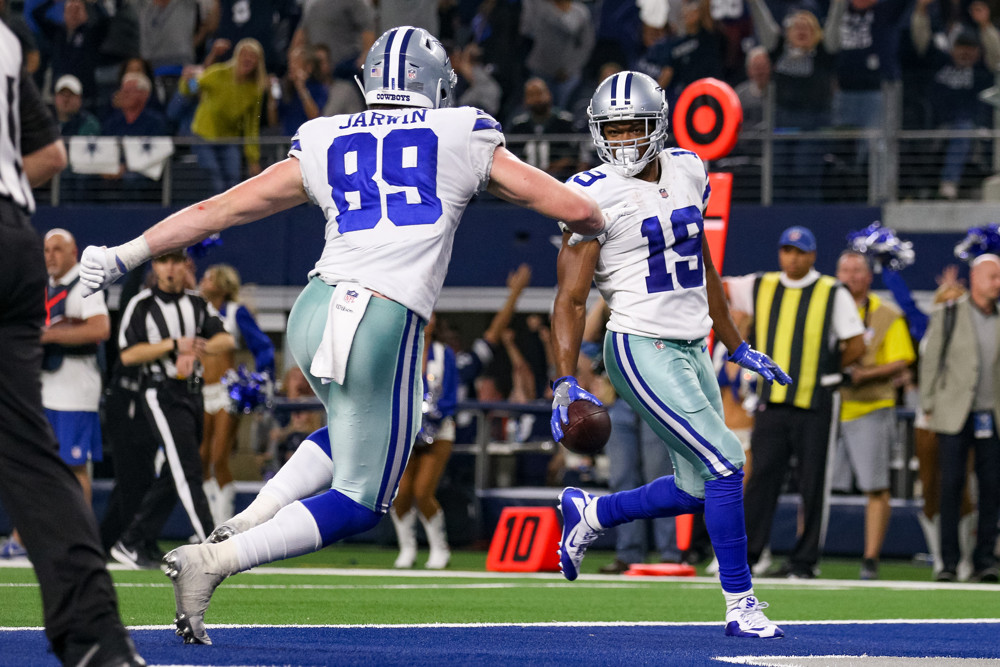 The Dallas Cowboys essentially blamed the 2019 struggles on the coaching staff by removing most of them after the season. 2020 is all about the pressure lies among the players. Those players include the leaders of the team, players that didn’t perform up to par in 2019 and players that will get more opportunity in 2020.

I have a list of five players that the Cowboys will be under immense pressure to perform during the 2020 NFL season for different reasons.

Blake Jarwin is my number one name that is under pressure in 2020. He received some financial security this offseason by signing a four year contract worth up to $24.25 million.  In Jarwins career to this point, he has 58 catches for 672 yards and 6 touchdowns averaging 11.6 yards per catch.

To me, the pressure he’s under isn’t so much about replacing Jason Witten because I think we can all agree that Witten shouldn’t have been on the field as much as he was in 2019 after coming out of retirement, but the pressure comes from the fans.

For a couple of years now, many fans have wanted to see more Jarwin because every time he stepped on the field, he seemed to make big plays, especially against the New York Giants. Now, that it appears he will be on the field a lot more, it will be about consistency down in and down out.

Number two on my list is Amari Cooper. Most may wonder why I have him on this list because since coming to the Cowboys, he has accumulated 132 catches, 1,914 yards and 14 touchdowns and you can make an argument that he saved Dak Prescott when he arrived in 2018.

However, with all that being said, my last memories of him are from 4th and 8 in Philadelphia and seeing him on the sideline with the Cowboys season hanging in the balance and him virtually disappearing in every road game or game against a tough corner the Cowboys faced in 2019.

You can argue about this all day but the reality of this situation is that Dak Prescott still hasn’t been signed and there is a reason for that. None of us truly know the reason.

In 2019, Dak undoubtedly took steps and appears to be headed in the right direction as a quarterback in the NFL. I think there is only a handful of quarterbacks that you can clearly say are better than Dak but I do think there are about 7-8 other quarterbacks where you could make an argument either way.

Fair or unfair, Prescott will be under pressure in 2020 whether a deal is signed or not.

If a deal is signed, he will be under pressure and the expectation will be for him to step up and elevate players around him and finally take this talented team to the next level with postseason success.

If a deal isn’t signed and he plays under the franchise tag, he will be under pressure to show the Cowboys why he is their quarterback of the future and why he deserves the money he is reportedly asking for.

Last offseason, Jaylon Smith took advantage of the Cowboys front office being very open to talking contract extensions with multiple players. He signed a five year, $64 million deal with $35.5 million guaranteed. It was a contract that many thought he wouldn’t be able to receive after his catastrophic leg injury his last game played in college.

In 2019, there was a lot of dysfunction on the defense with losing Leighton Vander Esch and there being a disconnect between several defensive coaches, including the linebacker coach Ben Bloom. It got so bad on Blooms part that he was sent away “sick” during the season.

Jaylon has been very vocal on wanting to be a leader but in 2019, he didn’t live up to that according to many people around the team everyday and when you watch the film, Smith was caught out of position on many occasions.

2020 is a very important bounce back year for Smith.

Expectations were high for Chidobe Awuzie when he was drafted in the second round of the 2017 draft. Now, there are several factors as to why he’s under pressure in 2020. He is entering the final year of his rookie contract and is expected to make a position change to safety this upcoming season.

Coming into the NFL, some of his “weaknesses” were that he didn’t track the ball down the field and that he gives up late separation. Those things that have also plagued him in the NFL and I don’t think he, along with the other players in the secondary have been coached well enough to get rid of those habits. I think fans have labeled him as the number one “punching bag” on the defense with Jeff Heath no longer in Dallas.

A contract year also poises some sort of pressure and it is no different for Chido in 2020.