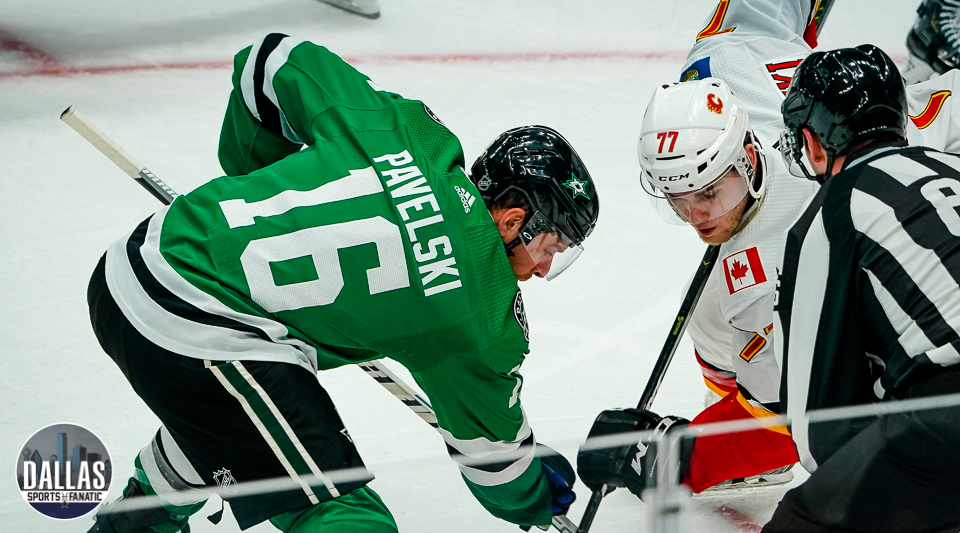 Although Calgary took two of the three regular season games this year, the Stars have performed well against them over the last two seasons.  The teams are evenly matched, with many expecting a long and close series.

The offense needs to get rolling against the Flames’ Cam Talbot, who posted a .945 save percentage and a 1.45 goals-against average.  Only two forwards (Joe Pavelski and Corey Perry) have scored goals for the Stars in their three Round Robin games leading up to this series.

It’s no secret that the Stars’ captain has slowed down a bit over the last few years, but Calgary may be just the team to spark his goal scoring abilities.

Benn has scored five points over the last six games against the Flames, scoring three goals and notching two assists.  Getting him involved in the scoring will need to be a huge factor if the Stars want to move on.

The two were Dallas’ number one and two goal scorers during the regular season. Getting them on the ice more will play a major role in helping the Stars ramp up their offense.

Denis Gurianov led the team with 20 goals in 64 games, and Roope Hintz scored 19 goals in only 60 games.  To put that in better perspective, Tyler Seguin scored 17 goals in 69 games this seasons.  These two are the future of the Dallas Stars.

In postseason time on ice per game (TOI/G), Hintz has averaged 15:21 minutes a game and Gurianov has averaged 14:02.  They need to be given more scoring opportunities, where they can use their speed to create more scoring chances, for the team with the least GF/G in the post season.

The Flames’ top three goal scorers over the course of the regular season were Elias Lindholm (29), Matthew Tkachuk (23), and Sean Monahan (22).

All three players had multi point games, in the two teams’ most recent meeting in December.  The Flames thumped the Stars in Dallas, after going 3-for-5 on their powerplay in the game.

5) Goaltending will be a major key

Ben Bishop is still listed as day to day.  He and Anton Khudobin were both top ten in save percentage and goals against average during the regular season.  The duo was absolutely stellar, many times single-handedly keeping their team in games.

Through their round robin series they’ve combined for more goals against than any other team to play only three games, except for the New York Rangers.  They’ll need to tighten up, especially earlier in games, than what we’ve seen from them so far.

The Flames’ Cam Talbot only allowed six goals in his four games against the Winnipeg Jets this off season.  The Stars will need to pick up their scoring against a red hot goalie to make it to the next round.