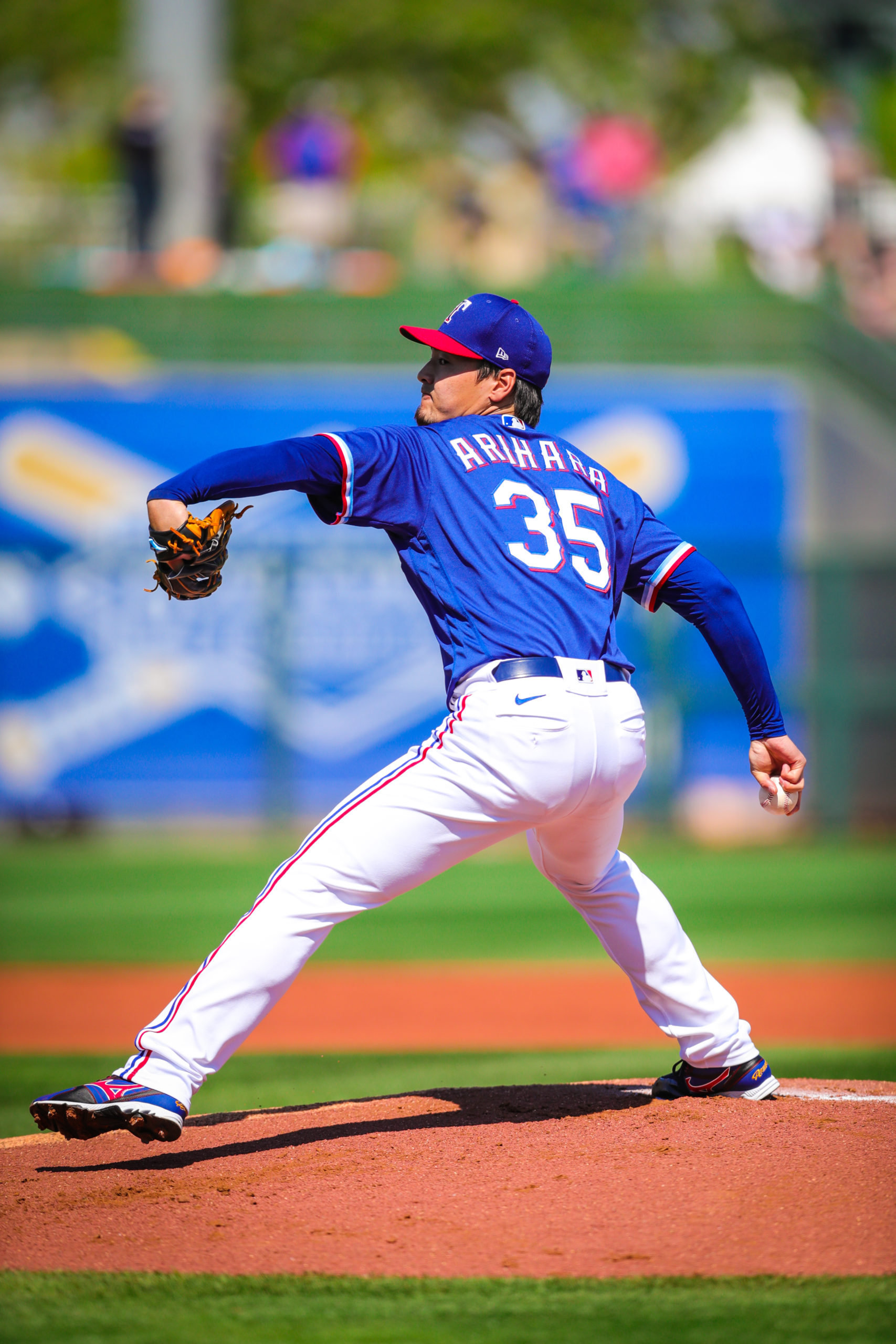 You couldn’t ask for a better top of the first inning in game one. Six straight Rangers reached base, the club put a five-spot on the board, and Kyle Gibson had good career numbers against the Royals (and at Kauffman Stadium). My do things change. Texas suffered back-to-back losses Thursday and Saturday with one of the worst pitching performances in franchise history to begin a season. The Rangers pitching staff allowed 25 runs in 16 innings in scenarios where the team led by five and three Thursday and four on Saturday. Here are some notable observations in the first two games of the 2021 season.

In the two games, twelve of the fourteen runs scored came in the first three innings. In those first three innings, the Rangers are sixteen for thirty-two and drew four walks. The club is putting together great at-bats early. Unfortunately, in the two games’ final six innings, the Rangers scored two runs and left on eighteen runners in the two losses. “Typically, when you’re losing games, you see the best of their arms. I thought our bats were fine,” Chris Woodward said after Saturday’s loss.

Nate Lowe said earlier today that he still has work to do after his 4 RBI Opening Day performance.

It isn’t easy to recollect after your starter gets one out and leaves the game on Opening Day. The Rangers bullpen allowed nine runs in eight and two-thirds innings Thursday. Meanwhile, after Kohei Arihara gave the club five innings of a three-run ball (four scoreless), the bullpen came in and immediately relinquished the lead with a seven-run sixth inning. Remember, a lot of these pitchers are young and getting their first taste of Opening Weekend. Is it nerves? According to Jose Trevino, not really. It’s just baseball. “It’s going to happen. We’re going to have the offense come out they’re going to score a bunch of runs one day, and we’re not going to throw the ball well. Then it’s going to be the opposite, we’re going to out, and no score any runs and the pitching is going to be there,” Jose finished by telling me, “The guys in this clubhouse know that, and they know how to roll with that and they know everyone has each other’s backs.”

In the two games, Leody Taveras appears as an outlier, considering he was the only Rangers hitter that didn’t record a base hit on Thursday. On Saturday, he went 0 for 4 and lost a ball in the sun during the fifth inning. It’s hard to blame that lost flyball on Leody since he did have the sunglasses on, and according to Chris Woodward, he thought Leody’s performance improved Saturday compared to Thursday. “There is a little bit of struggle there, but I think [Saturday] was a better day. Two of his at-bats were good, and two of his at-bats were okay, didn’t have good results.

Joey Gallo is turning into an on-base machine. He recorded the first Rangers homer of 2021 on a 450 foot moonshot Saturday. In ten plate appearances, Gallo drew five walks, homered, and singled twice. He has an OPS of 2.000 and has as many stolen bases as he does strikeouts. I know this pace is impossible to keep up, but the goal was to sustain a good start. Right now, it isn’t easy to find many guys who are off to better starts than Joey Gallo.

Ah yes, the Bally Sports experience. Of course, the similarities of camera production, voices, and the team itself are the same. However, it does continue as a nuisance to fans that they are unable to watch their team. That said, the graphical look is okay, nothing special. The Bally Sports baseball music is fantastic (it reminds me of Sportsnet for the Blue Jays), and it doesn’t take the AT&T Sportsnet or ROOT Sports route and make it a hometown team cheering network, which gets annoying. If I had to grade Bally Sports on two games, I’d say it receives a “C” grade simply because it should be available on streaming services.

Both Chris Woodward and Jose Trevino emphasized game two on the positive and negative sides. Instead of 3.3% of the season done, like 2020, we are 1.2% done with the season. Like Trevino said Saturday, by next week, folks could rave about the bullpen instead of condemning.