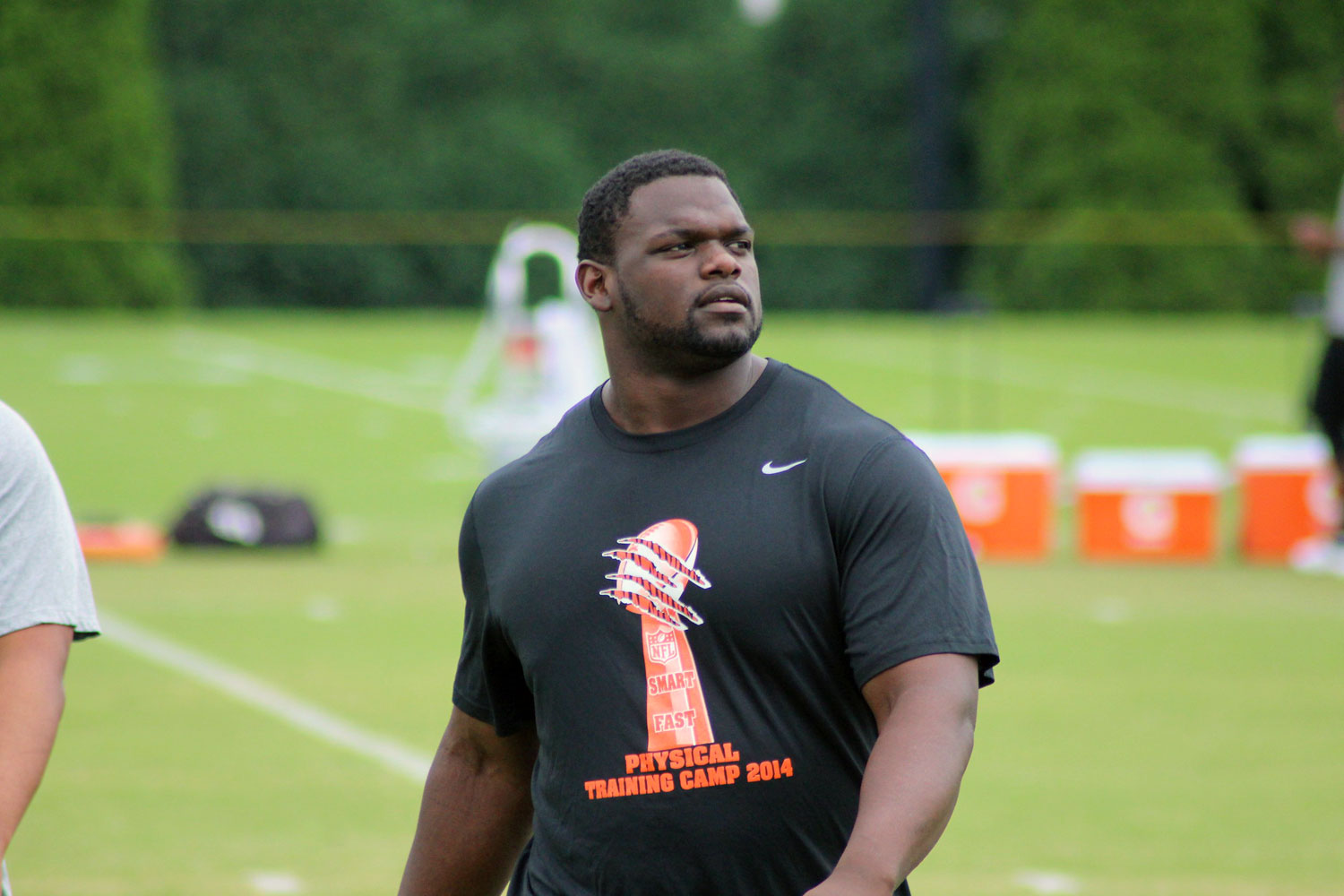 The Dallas Cowboys have wrapped up their 2021 NFL draft and are introducing 11 new faces to fill this year’s rookie class.

Stephen Jones recently said he hopes to see all 11 picks make the roster in 2021, but understands that is an expectation that may be a bit of a stretch.

Looking at some of the Cowboys recent cuts, and considering how cap strung Dallas will be this upcoming year, they aren’t hiding the fact they are favoring going towards a youth movement than having to deal with veteran contracts.

However, they understand the length of their Super Bowl window isn’t infinite, so that doesn’t mean they won’t add veteran help to increase the level of competition for the right price.

At 6’3” 340 pounds, Harrison fits the mold of a prototypical Dan Quinn defensive tackle. Players like Tony McDaneil and Brandon Mebane were space eaters in Seattle that allowed their athletic linebackers free roam to attack ball carriers.

After starting at least 15 games per season between 2013 and 2019, Snacks was limited to no starts in only seven games this past year. He waited until October to join the Seahawks practice squad, and he ultimately got into six games with the team, collecting nine tackles and one forced fumble.

The nine-year veteran is far removed from a 2016 campaign where he compiled 86 tackles en route to a first-team All-Pro nod, although he did have 3.5 sacks and nine QB hits as recently as 2018.

This isn’t Legion of Boom Richard Sherman that Dallas would be getting, but he still has been a productive corner in his later age.

Highest coverage grade when lined up outside since 2018 (according to PFF):

In 2019, Sherman allowed 27 catches on 51 targets with three interceptions, earning an 88.9 mark from PFF. Sherman isn’t in a position to demand a huge number after coming off an injury. J

Sherman has previously said that he wanted to wait until after the draft to gauge each teams’ secondary and decide where he should sign. Though Dallas went defense heavy in the draft, Sherman still offers the most experience in this new scheme of anyone on the Cowboys roster.

Additionally, no one outside of Trevon Diggs has done enough to prevent Dallas from continuing to upgrade that position. Yes, Dallas spent draft capital on the position. But unless Jaycee Horn or Patrick Surtain II magically finds their way to The Star then Sherman should still be a viable option.

The Cowboys currently have Garrett Gilbert, Cooper Rush, and Ben DiNucci as quarterbacks on the roster behind starter Dak Prescott on the depth chart. And Prescott is coming off a devastating ankle injury that forced him to miss 11 games in 2020.

Gilbert, Rush, and DiNucci have a combined two NFL starts between them. So signing a more experienced backup quarterback that can help Prescott both on the sidelines and in the film room plus potentially win ball games if needed would seem wise.

The free agent options at the position are fairly light with names like Alex Smith retired. Griffin has dealt with his fair share of injuries during his career and spent time last year backing up Lamar Jackson. Griffin has seen the highest of highs during his rookie year and had to approach years where injuries altered the way he had to play.

He also played college ball at Baylor University so there is some familiarity with the state.

Atkins was a fourth-round pick out of Georgia in the 2010 NFL draft and has vastly outperformed where he was picked. He’s amassed 75.5 sacks during his career (three seasons of double-digit sacks), been named an All-Pro four times, made eight Pro Bowls, and was selected to the NFL 2010s All-Decade Team.

Not only can Atkins rush the passer but he can provide support against the run as a 1-technique, and seeing as the Cowboys were 31st in that area last season, it makes him an intriguing option. Also, he’s coming off of a shoulder injury that cost him 8 games so he would be a cost-effective add as well.

Dallas still has a major need at defensive tackle, even after drafting a couple a week ago. Trysten Hill and Neville Gallimore are both young and while they could prove to be decent contributors, neither has distinguished themselves just yet. Brent Urban is also there and was an underrated signing, but is he enough of a talent to overlook Richardson who is clearly the better pass rusher?

For two seasons, he was the most consistent defensive tackle in Cleveland and racked up 126 tackles and 7.5 sacks. Even with his production, Richardson found himself on the chopping block after Cleveland made several moves in free agency and it was announced that he would be released.

The price may be too steep for Dallas, but given that have been connected to him in the past it isn’t out of the realm of belief he could find himself a home in Dallas.