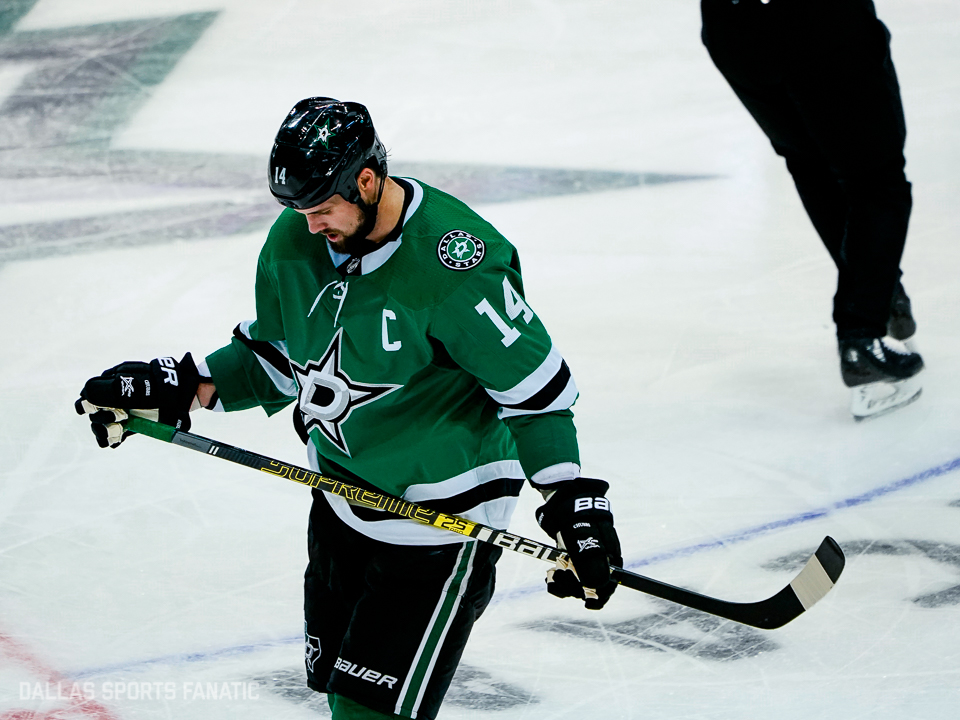 They came into the game facing former 2010 first round pick, Jack Campbell.  The ex-Stars’ goalie never really panned out in Dallas, but went into the game boasting a .930 save percentage in 15 appearances this season for Los Angeles.  Ben Bishop would start in net for the Dallas Stars.

The Kings’ Hagelin would receive a high sticking penalty a little over halfway through the period, but would not result in any goals on the board.

Klingberg received a hooking penalty with just under two minutes remaining.  The draw was won back to Doughty, who blasted a shot through a screened Bishop.

The period concluded 1-0 in favor of the Kings.

Hagelin would redeem his lazy first period penalty, by banging in a rebound shot by Tyler Taffoli, just under five minutes into the second period.  Bishop had trouble controlling the rebound, after Lindell got a piece of the shot, and the puck was redirected from its original trajectory.

Anze Kopitar was given a tripping call just over the midway point of the period.  A sloppy power play would result in nothing.

The second period ended 2-0, with the Los Angeles on top.

The third period started with Dallas surging.  There were several chances; Janmark had one on somewhat of a breakaway, just after a Faksa tip that hit the post, and Jamie Benn hit the elbow with just over six minutes remaining.

It would finally be Lindell who would tip in a shot by Radulov to break Jack Campbell’s shutout, with Bishop pulled, and 1:04 on the clock.  It was the Stars’ 27th shot of the game.  However, it would prove too little, too late.

Head coach Jim Montgomery made plenty of line changes throughout the game.  When a team is struggling to score, this is about all a coach can do.  When asked how he was going to motivate the team a few games ago, he told us that it’s, “just (his) job to keep trying,” and it was clearly on display against the Kings.

The Stars continue to out shoot opponents, without putting the puck in the net.  The Stars’ shooting percentage is 8.6%, while the league average is 9.7%.  While this may not seem like much, it is significant to note.

Alexander Radulov was benched for the final minutes of the first period.  Post game he said the coach made the right decision, as he had talked back.  He also mentioned that, “excusers are losers,” and hitting the post three times in the game was not a good enough reason to lose.

Tyler Pitlick left the game, not to return, with an undisclosed upper body injury.

The Stars take on the Jets at home on Saturday at 6:00 PM Central.