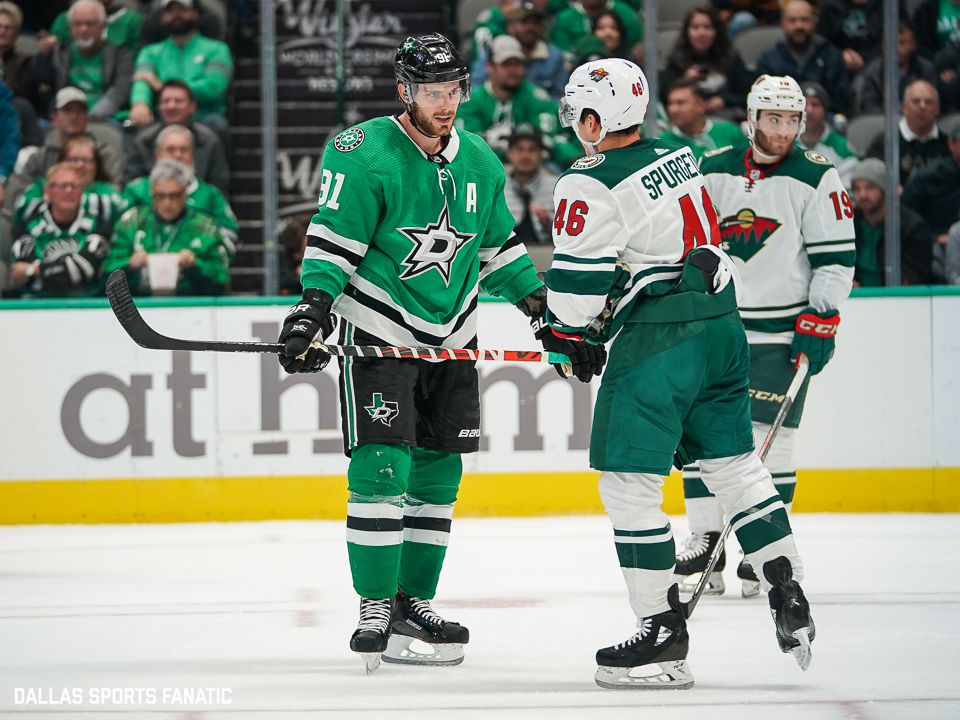 Overview of the Homestand

The Stars went 3-1 over a critical home series, still early in the year.  While it’s not quite do or die, the 2-7-1 record the team began with was the worst in franchise history, and the time at home was a chance to get themselves back into contention.

One of the team’s early season woes was their slow starts.  In two of their four games home over this stand, they scored the first two goals of the game.  While the team may have lost against Pittsburgh, they had an extremely strong first couple of periods but were unable to convert on the opportunities they created.

Against Minnesota, they were able to overcome a three goal deficit and managed to win the game 6-3.  While they started this game more slowly than the others, their resiliency was revitalizing.

Over the last four games that both netminders played in, Dallas outshot their opponents 134 to 99 and outscored them 10-8 (one being an empty net).  This has yielded the goalies a combined save percentage of .955, with the league average this season being .908 to put things in perspective.

The Stars are going to need their goalies to play as good as they did last season, when Dobby and Big Ben posted a combined .929.  This season has been a combined .910.  This team’s success starts and ends with goaltending; it was their rock last year.

Seguin, Radulov, and Pavelski combined for 6 of the teams 10 goals over the course of the homestand.  These are the guys getting paid to be stellar, and they need to play like it.

There has been several roster changes and maybe the team is just now developing some chemistry.  While the team has not faced the most challenging opponents, this could be just what they needed to gain some confidence, and continue riding this wave.

While the team went 2/14 on the powerplay for the last four games for a 14.3% success rate, their season average is ranked 30th at 8.3%, with only the Senators ranking lower.

The Stars lack of scoring has been an area of concern for the last couple seasons.  When given the man advantage, the team needs to capitalize on the unforeseen chance.  Nashville’s lack of power play conversions was their downfall against the Stars in the playoffs last year.  Special teams many times can be the deciding factor in big, tight games, and it has been proven over and over.

The Stars seem to be firing on most cylinders, gaining speed, and the team chemistry is clicking.  If they can continue this type of play, they’ll be able to turn the season around.  This is the Stars team many expected to see at the beginning of this year.