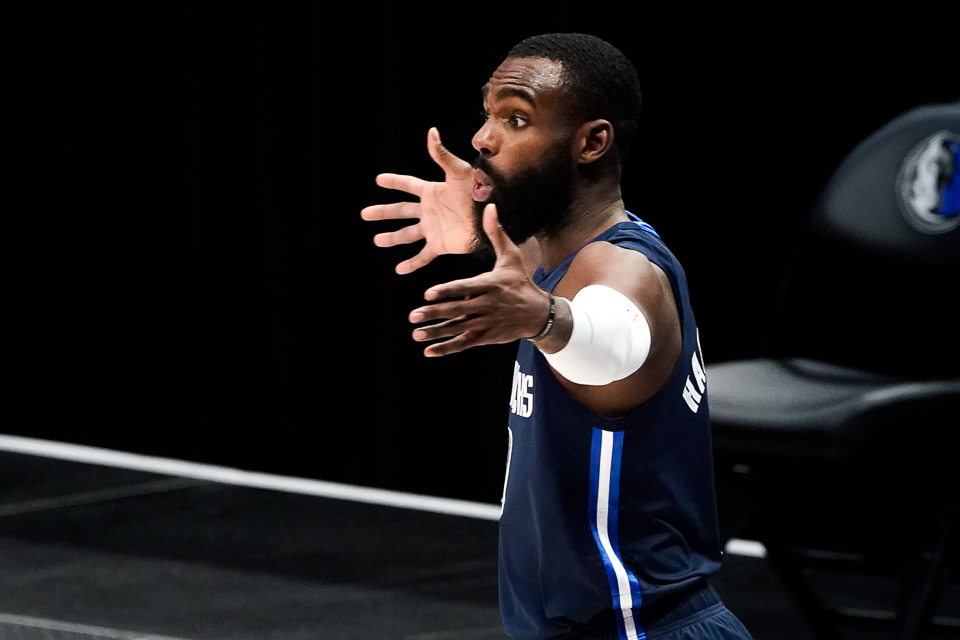 Dorian Finney-Smith and Maxi Kleber
These guys are like our own Mavericks children. We have raised them from their NBA birth. We’ve seen them stumble around trying to learn how to walk on an NBA court. We’ve been there to celebrate their highest moments with clutch shots and big time defensive plays. We’ve been there to defend them against their harshest criticisms. Unfortunately, it might be time to talk to sit our little boys down for a talk.

Guys, we need more out of you.

While Maxi scored 13 points tonight, he did it on 4-13 shooting that included being 3-10 from deep. It might be easy to say, “Hey he had some great defensive plays against Zion Williamson!” Well’ Zion had 38 points on 13-20 shooting from the field. There wasn’t anything slowing him down for most of the night. Especially in the fourth quarter. Kleber plays big minutes for the Mavericks because of his defensive prowess and newfound ability to knockdown three’s at an elite level. Without Luka Doncic on the floor, Kleber struggles to find the easy shots he’s usually set up with and he’s virtually no threat this season when he puts the ball on the floor.

A lot of the same could be said for Dorian. Limited arsenal on offense. He has offered a bit more off the dribble this season with the occasional drive and then he’s an outstanding finisher on offensive rebounds. However, his three point shooting has regressed this season. While he took just one shot from deep tonight (a miss), he’s down to 35% from deep this season after shooting 38% last season. Way, way, WAY too many times this season he has failed to drain a corner three off a perfect Luka pass. If Dorian doesn’t finish the season strong, the Mavericks will certainly look to improve at that spot in the lineup this offseason.

Josh Richardson
This guy’s different. He’s not our baby. He’s the new kid in class. And we had to trade one of the kids we really liked in class to be able to get him. I’m not sure how often teachers are swapping kids around in classes, but you get the point. Josh came over with very high expectations attached to him as a defensive stopper and dependable offensive player with the ability to create for others.

On average, he’s having better games than Maxi Kleber or Dorian Finney-Smith. Too often, however, he’s having absolutely horrible games. Saturday night was no exception as he shot just 1-11 from the field in the absence of Luka and Kristaps Porzingis. That’s just unacceptable! Add in 32% shooting from beyond the arc for the season and you have the biggest disappointment on the roster. Surely no one dreads the inconsistent performances from Josh more than himself as this is a contract year for him and might be his last chance to get a multi-year, eight-figure per year contract.

Be better, Josh. We’re only upset because we know it’s fair to expect more.

Tim Hardaway Jr.
We’ll end on a positive note as Tim Hardaway Jr. was lights out on Saturday night in New Orleans. His 30 points were a team-high and kept Dallas in the game. It will never get old thinking back to how little excitement stemmed from Hardaway Jr. and his contract being included in the Kristaps Porzingis trade two years ago. Now, he’s probably one of the most vocal leaders on the team as he certainly wears his heart on his sleeve while on the court and it’s endearing from a fan’s perspective.

Haradaway Jr. is having a great season off the bench with 17 points per game and shooting 39% from three. The Mavericks often seem to sink or swim based on his shot on any given night. With him being a free agent this summer, Dallas will have a tough choice as to whether or not they want to be the next team to risk spending big money on Hardaway Jr. after his last contract from the Knicks was so heavily critized.

Even with a couple months to go, it’s safe to say the Hardaway Jr. stint in Dallas has been very successful. He’s been everything the team could have wanted and more. He has a long NBA future ahead of him as long as he keeps shooting the rock at such a high level.

The Mavericks will look to bounce back on Monday night when they travel to Oklahoma City to take on the pesky Thunder at 7 PM.