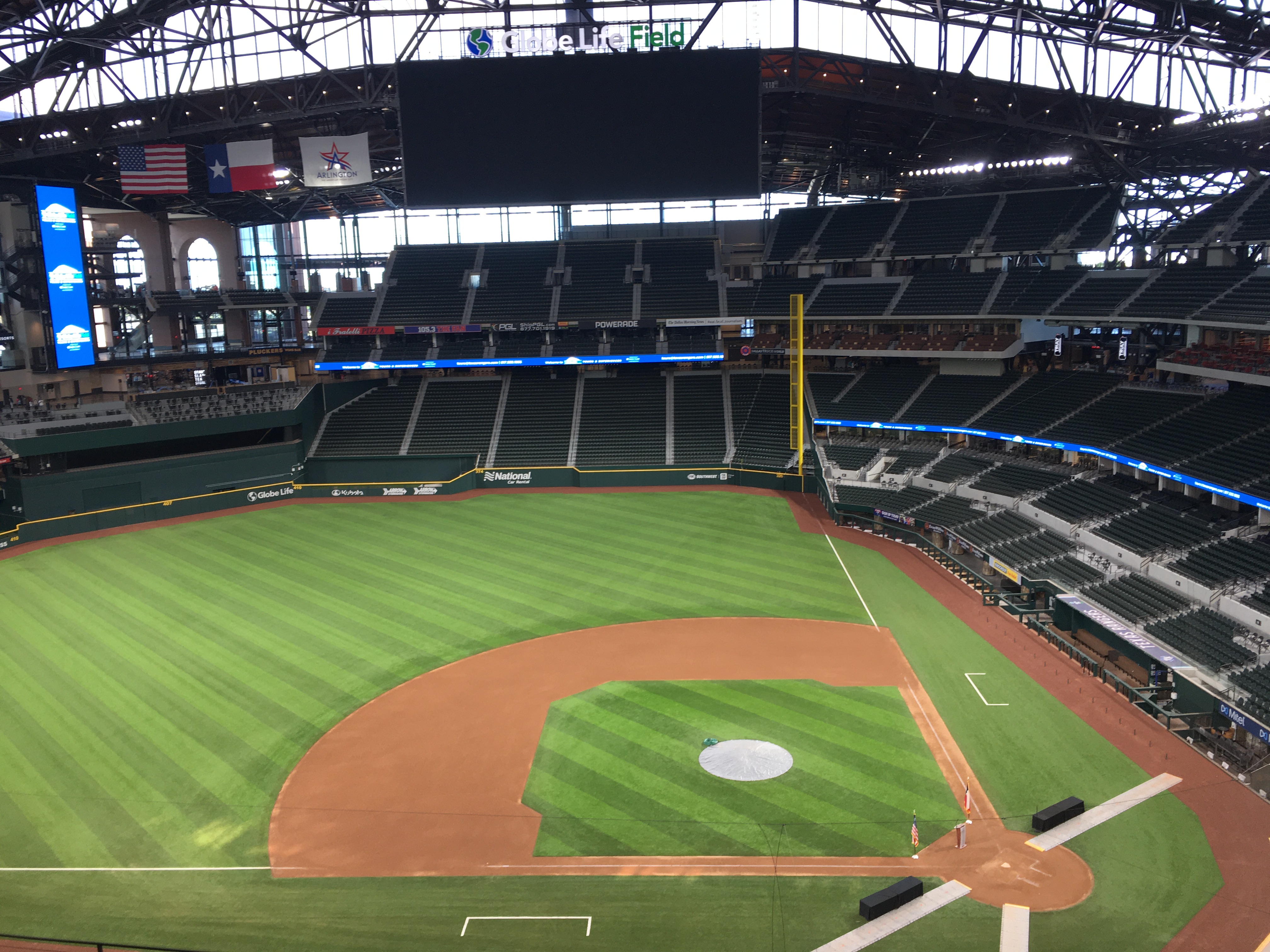 Four observations from the Rangers first intrasquad game on Sunday

Four observations from the Rangers first intrasquad game on Sunday

Sunday was the third day of Summer Camp for the Rangers, but the first intrasquad game. It was the first time guys would run the bases and play defense in an atmosphere that felt normal (excluding crowd noise). The club split into two teams where twenty-eight different players took the field Sunday. The game finished in a 1-1 tie, but today’s goal was for players to get back to the traditional pace of baseball. Sunday was also the first time I witnessed a baseball game (that did or did not count) at Globe Life Field. A few things stood out from the six-inning intrasquad game today:

1. Players that shined in March had good at-bats on Sunday

Three guys stood out at the plate: Isiah Kiner-Falefa, Rougned Odor, and Scott Heineman. Coincidentally, each of those three had a lot to prove back in March to show their coaching staff their consistent capabilities and on the field, they did. However, with three and a half month stoppage, the fear was that these guys would lose that momentum. It didn’t look like any of those three guys missed a beat Sunday. The trio combined for five hits, three doubles, and both RBIs on the day (Odor had one and Kiner-Falefa had the other). Chris Woodward talked about Isiah and Rougie after the game. “It feels like [Kiner-Falefa] never left. [He took] three months off and then still maintaining that rhythm and timing is impressive… [Odor] had a really good spring; he bought into a lot of things and made a lot of subtle adjustments. He’s in a good place.”

Sounded great off the bat… but Rougned Odor’s shot comes shy near the 410 wall in left center. #Rangers pic.twitter.com/n5aeLI3z0Y

2. Rangers pitchers continue to throw their “A” game.

Pitching remains a story for the Rangers in day three of camp. Kyle Gibson pitched four solid innings (recorded six outs in the fourth), while Joe Palumbo was efficient in his two innings of work. Sunday saw eleven hits overall between both teams, two walks, two runs, and fourteen strikeouts. “It’s always good to be back out there. It was fun; it was different. I think that was the biggest empty stadium I’ve ever pitched in. It was close to a real game we could get. I feel like especially since you’re facing your guys, you can work on some things.” Kyle Gibson said after his outing. Gibson also elaborated on pitcher’s starting strong while hitters struggle to begin camp. “It’s really hard for hitters unless they are getting live at-bats, [it’s difficult] to mimic the nuance and the pitcher’s game of cat and mouse.”

Strong outing for Alex Speas, did allow a Rougie Double, but struck out Santana and Fraizer along with a Willie flyout to left. #Rangers

Meanwhile, Kyle Gibson through 4 innings of one run ball including a six out 4th inning (yea that happened).

It was a clean afternoon for the defense. There were a couple of balls missed by catchers, but overall there wasn’t any sloppy play or rushed throws. I will say that there was a stolen base attempt, a successful hit-and-run, and Eli White was thrown out at the plate by Danny Santana. All of those points tap to the Rangers’ players giving it their full effort and not going fifty-percent down the line to run.

4. Where were Joey Gallo and Ronald Guzman?

Rangers’ general manager Jon Daniels told the media that Joey Gallo isn’t cleared to play as Joey remains in the intake process. Daniels also mentioned that Ronald Guzman was cleared to enter the facility, but not cleared to partake in workouts. Out of the 57 players on the Rangers’ roster, only eight players remain unconfirmed if they tested positive or negative. Woody talked about the testing process, “We’re expecting issues like this. No test is perfect; if some tests come back negative or positive, they’re going to protocols for every scenario. I’ve been pleasantly surprised by how smooth a lot of it has gone.”

per #Rangers' GM Jon Daniels, Joey Gallo is still in the intake process and has not been cleared to play. Ronald Guzman is cleared to enter the facility ,but has not cleared to take part of workouts.

You can draw your own conclusion from that.

The club goes back to work tomorrow with the first weekend of Summer Camp ending. Today’s game was a traditional four-inning setup (excluding Gibson’s six outs recorded) while the last two innings, the home team didn’t have fielders at times. Clubs have slightly less than three weeks remaining until the anticipated opening day of the 2020 season starts.